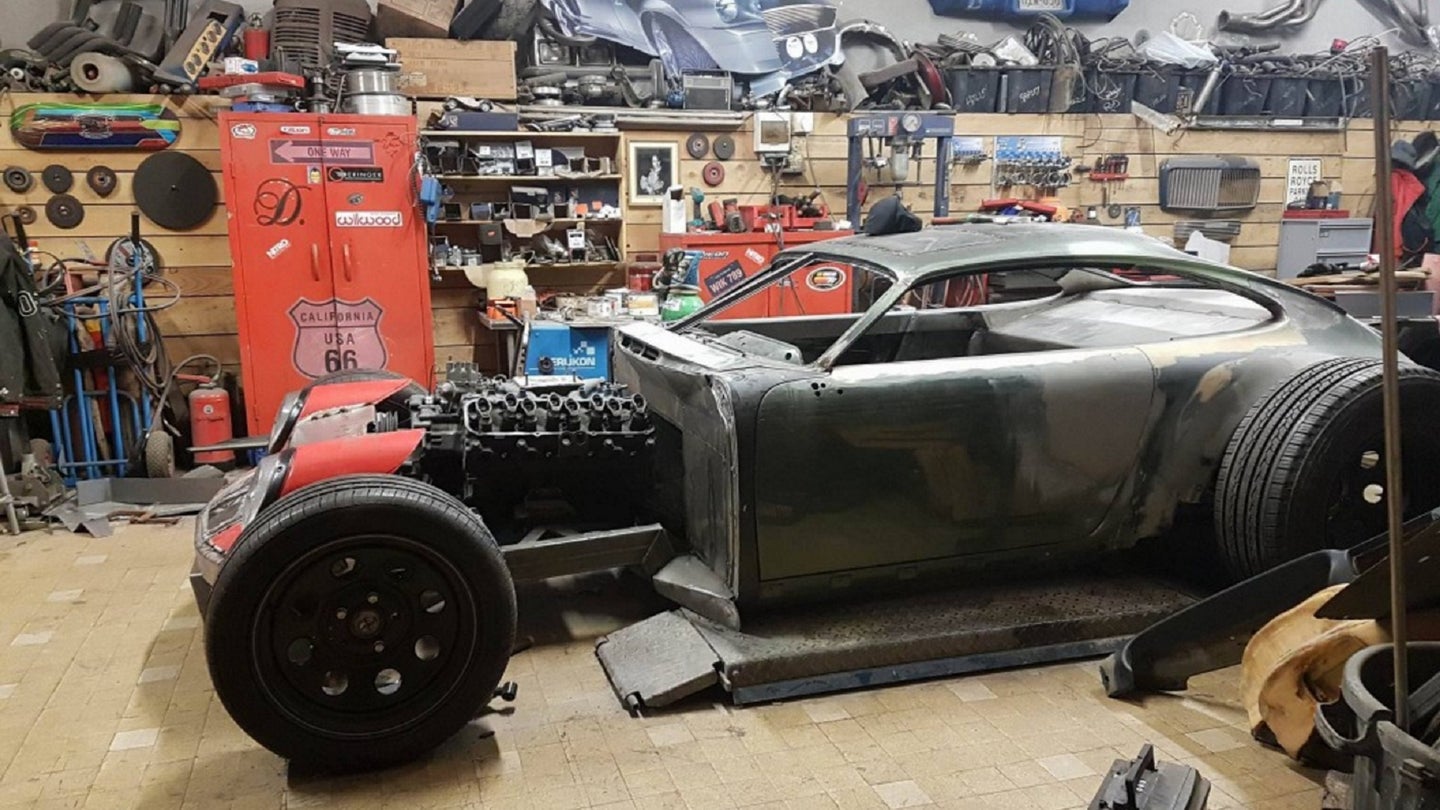 When Porsche fans see something truly different built from one of their favorite brand's cars, their first reaction is usually disgust. There are many who view Magnus Walker's builds as sacrilege and view Akira Nakai's RWB cars as abominations. We'll admit that when a photo of Alexandre Danton's Porsche came up on our monitors for the first time, we were a bit perturbed, but it didn't take long to start appreciating the good bits of this less than savory build. If you're a 'purist', you might want to turn away now, but if you can appreciate quality work, read on!

Danton unveiled their newest Porsche-based Hot Rod creation at the Monaco Auto Salon this weekend, and it certainly made a splash, quickly spreading across the internet in polarizing and alternating waves of "hell yes" and "oh my, what have they done?". Once the dust settled and we got a chance to look into the details of the build, we're decidedly taking a somewhat more centrist opinion of this car. It's got some good, it's got some bad, and it seems to be quite well built. Yes, it is a front-engine V8-powered nasty 964, but it's also got a lot of pieces that Porsche builders could take to heart for future builds.

We really like the chop on this car, for example. Porsche's iconic roofline has always been a bit too upright to be classically handsome, and this build really remedies that. The raked windshield and the higher angle of attack the rear window now enjoys makes this silhouette much more sports-car than the 911 has ever been. Being that Porsche built the same greenhouse for their 900-series cars from 1965 through 1998, you could easily ape this look on any 911 hot rod build. Yes, it would take custom glass, but that's never stopped hot rodders before. In addition to the chop, we really appreciate the split-windshield treatment. Harkening back to the original Porsche 356, the split window is a staple of Porsche history. While it was likely done for ease of access to cheap flat glass panes rather than for a historically significant purpose, the reminder remains.

This car was built to stand out in a crowd, but we believe that if this were a more traditional 911 build, perhaps with a 3.8 liter 993 Carrera RS engine in the back, retained the front bodywork instead of the giant V8, and had wide sticky tires, this car would go down as one of the most beautiful Porsche builds ever created. Part of the joy of being a car enthusiast is being able to appreciate other parts of car culture that you don't necessarily belong to. If you see something cool that other groups are doing, co-opting that for your own build is hardly ever a bad thing. Just look at what Rod Emory has done with curved louvered fenders to see an example of what we're talking about. Get out, see what the world has to offer, and take the best bits for your own build.

Oh, and in case you were wondering, Danton is already working on a second Hot Rod 911, this time a Targa-based open-top build. Follow along on their Instagram account for more as it progresses. It's likely they'll end up selling a handful of these to counter-culture Porsche fans. We hope the next one gets a different front facia, because this one is godawful.

The classic cars, presumably, were happy to return the favor.