More than 3,200 catalytic converters have been stolen around Houston in 2022 so far. 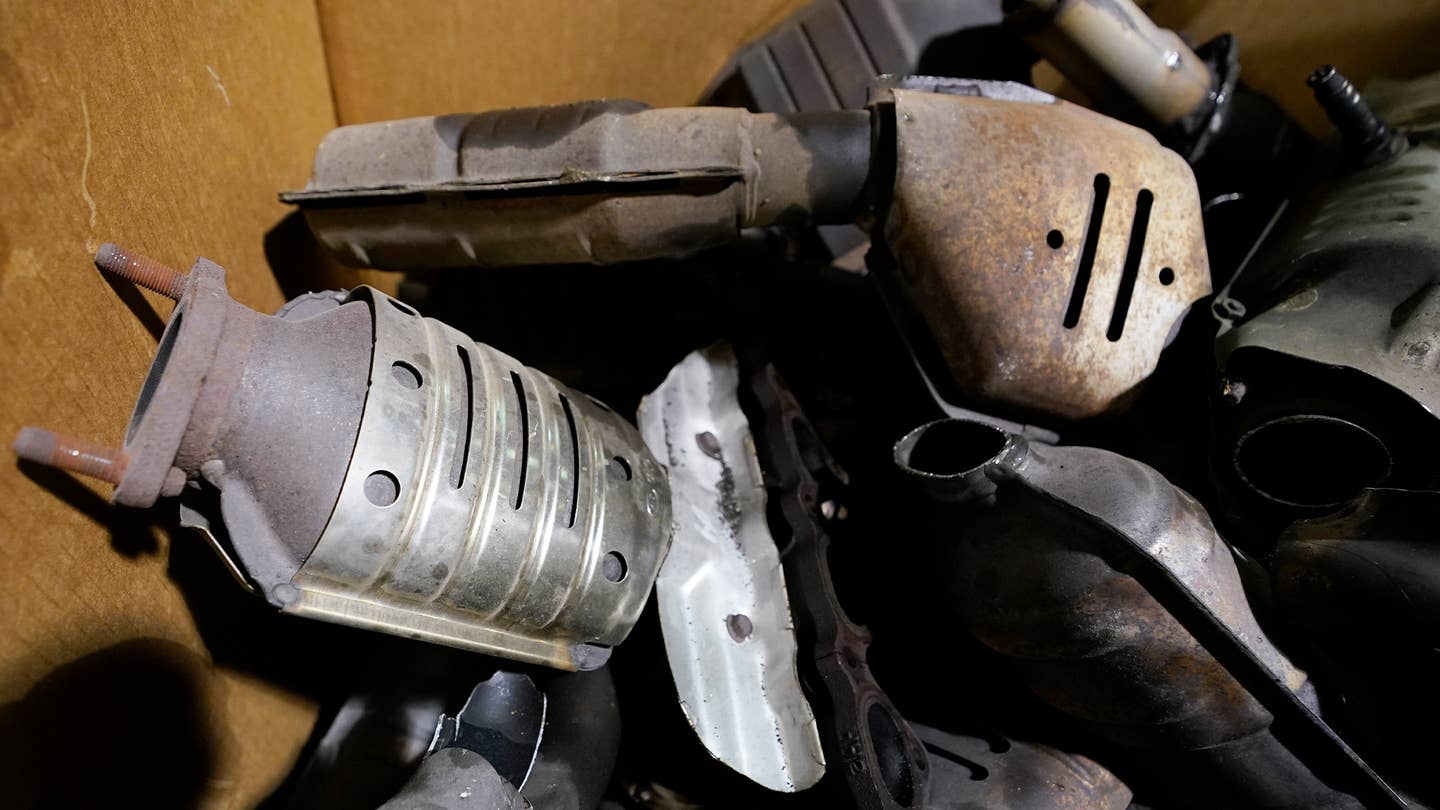 Catalytic converter thefts have been soaring nationwide over the past two years, and that's especially true in Houston, Texas. What started out as a few hundred thefts per year have skyrocketed into the thousands, and lawmakers are hellbent on cutting back those numbers. The thing is, they're already illegal to steal, so what more can you do?

It starts with banning the sale of used cats within city limits, according to the Houston Chronicle. On Wednesday, city officials passed an ordinance that makes it illegal to possess catalytic converters that have been cut or harvested for scrap.

The new ordinance will charge any individual in possession of a cat cut from a vehicle—as opposed to one which has been unbolted—with a Class C misdemeanor for each in their possession.

This isn't the first time the city has attempted to cut back on stolen parts. In 2021, local police instructed recyclers to submit the year, make, model, and VIN from the vehicle a catalytic converter was sourced from whenever purchased. Local rules, according to the Chronicle, also limit the number of cats purchased from one per person to just one per day.

So just why are these exhaust components a prime target for theft?

Well, on the inside of a catalytic converter is a sweet, sweet honeycomb core with a concoction of precious metals used to help reduce emissions. These metals interact with the noxious gasses created as a byproduct of the engine's combustion process, and as the exhaust travels through the catalytic converter, the elements cause the gasses to become less noxious and a little less harmful to the environment.

Specifically, these metals are platinum, palladium, and rhodium—and those metals are worth quite a chunk of change. At the time of writing, platinum is valued at $32 per gram, palladium at $74, and rhodium (no pun intended) weighs in upwards of $570. Needless to say, that tiny emission-defeating tube is pretty valuable as plain ol' scrap. Those expensive metals also make cats a prime target for thieves looking to make a quick buck, hence the growing number of thefts over the past few years.

For the average consumer, a stolen cat is a hefty fix not covered by barebones car insurance. The National Insurance Crime Bureau estimates that one theft can cost anywhere between $1,000 and $3,000 to repair.

While Houston's laws only apply within the city, it is still a step in the right direction when it comes to curbing a fairly large crime problem surrounding catalytic converter thefts. Whether or not it will be effective, of course, remains to be seen.