Money doesn’t grow on trees, but for a thief, plucking it from a pickup is just as simple. 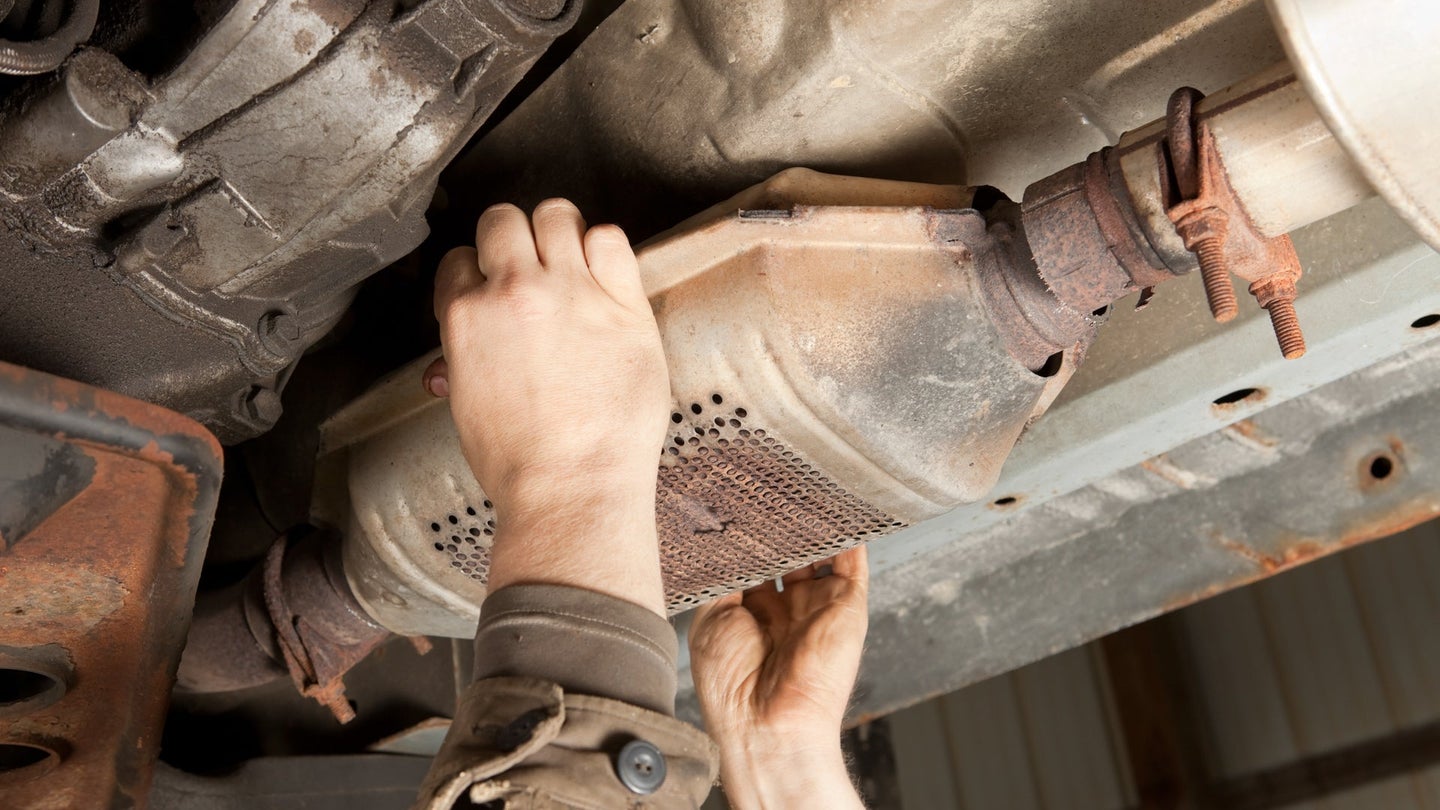 They say idle hands are the devil's plaything, but that doesn't mean busy people are up to much good either. So demonstrate the culprits of a catalytic converter theft wave in Pennsylvania, which over a period of several months is believed to have netted its perpetrators up to $100,000 from hundreds of stolen cats.

According to the Lancaster County District Attorney's Office, 31-year-old Zachery Martin and 39-year-old Jonathan Evans are believed to have yoinked the converters over a six-month period from parked box trucks, crossovers, SUVs, and pickups. These vehicles' ride heights make their exhaust systems accessible without raising the vehicle, and thus their costly emissions controls attractive to thieves, who typically cut them off with portable saws or gas torches. Evans and Martin are believed to have offloaded their takings at a location in Harrisburg, Pennsylvania, which authorities speculate to have shelled out approximately six figures for the pair's haul.

Evans and Martin became linked with the thefts after being caught trying to steal a converter in East Hempfield Township on Oct. 29. During the ensuing pursuit by police, Evans evaded capture, but Martin wasn't as lucky and was jailed on charges of over 200 felonies from four jurisdictions. Martin has since posted $65,000 in bail, but is scheduled for a preliminary hearing on Dec. 22, where he will first face his accusations of "theft by unlawful taking, receiving stolen property, theft of secondary metal and related misdemeanors."

Martin's suspected accomplice Evans remains at large, and authorities encourage anyone with knowledge of his whereabouts to submit their tips via CrimeWatch. With his last known address on file with the police, it seems Evans will be spending his holidays anywhere but home.