A Missouri man has been charged with possession of a controlled substance after incriminating himself on FB Marketplace. 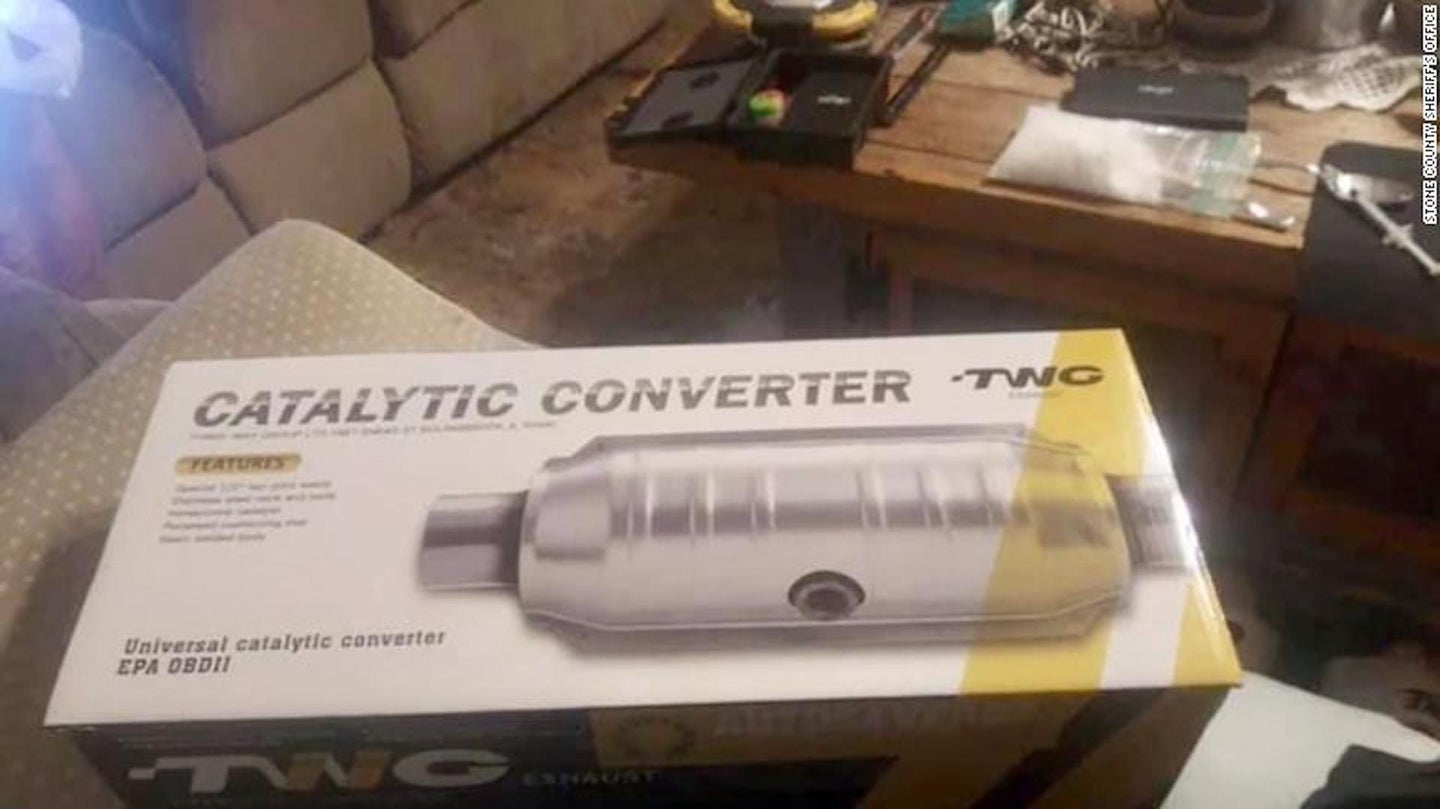 While one of the first rules of selling car parts online is to take decent pictures of what you're selling, another equally important rule would probably be to make sure there isn't anything incriminating in the background of said photos. Like, say, a stray bag of meth. One amateur catalytic converter dealer in Missouri learned this the hard way last week after getting busted for allegedly doing just that, according to police.

Per the Stone County Sherriff Doug Rader last Wednesday via CNN, "Last night one of our Stone County residents posted a catalytic converter for sale on [Facebook] Marketplace. Apparently, he must have been under the influence because in the background of his picture he posted, he left his large bag of meth and syringe on the coffee table."

Although there doesn't seem to be any indication that the catalytic converter for sale was obtained by nefarious means, the part has become a hot ticket item for thieves in recent years partially due to the high demand for palladium in China.

Police were reportedly tipped off about the photo by a citizen and when they arrived at the man's house, they claim to have found 48 grams of methamphetamine as well as a pistol that, legally speaking, shouldn't have been there. The sheriff's social media post heavily implies that the man was placed behind bars as a result.

"Today we arrived at this gentleman's house with a search warrant. You can imagine his surprise!! He still had 48 grams of meth and a pistol that he is forbidden to own! We have now provided him a new place to stay. Sorry folks, his catalytic converters are not for sale right now," Rader posted. The Missouri man was reportedly held in county jail with no bond and charged with possession of a controlled substance and probation/parole violation.

Moral of the story? If you're going to sell catalytic converters on Facebook, hide your meth. Or, at least take the picture from another angle.

Got a tip or question for the author about selling hard drugs on the internet? You can reach them here: chris.tsui@thedrive.com

Finding $850,000 Worth of Cocaine in a Car You Just Bought Is Definitely Surprising

Is this more or less cool than scoring an old aux cord?