Crime pays, but not when you get caught with car parts full of precious metals.

Sheriff’s deputies in Elk Grove, California recently made a huge bust, recovering stolen goods and a ton of cash—but there were no drugs involved. Deputies say they seized nearly 2,000 stolen catalytic converters and around $300,000 in the operation, which was carried out with help from the local Elk Grove Police Department.

The haul looks every bit like a massive drug bust, with the exception that there’s a big pile of catalytic converters on the garage floor instead of bales of cocaine. In addition to the pile of car parts, police seized $300,000 in cash—the only things missing here are a pet tiger and a bunch of guns.

Catalytic converter theft has become big business as the price of materials used in them continues to skyrocket. Metals such as palladium are heavily used in the construction of catalytic converters and can cost well over $2,000 per ounce. A jump in global demand is mostly to blame for the price increase, as many countries have changed regulations on how vehicle components are made and used.

This raid is just the latest chapter in an ongoing story surrounding catalytic converter thieves. Earlier this year, The Drive reported on a death that occurred during an attempted heist when a vehicle fell off of a jack and crushed the would-be thief. Crooks are going to long lengths, stealing them from cars in broad daylight or in the dead of night to make a buck...or a few thousand.

Replacing a catalytic converter can be a costly job, but there are a few ways to help protect your vehicle. Police recommend using alarms and cameras, which can help track down thieves that make an attempt. Marking your vehicle’s catalytic converter with a serial number or other identifying text can also help, as the components don’t usually have those marks from the factory. On the automaker side, companies like Toyota have started working on ways to make it harder for a criminal to remove the catalytic converter from its vehicles, but as they say—when there's a will, there's a way. 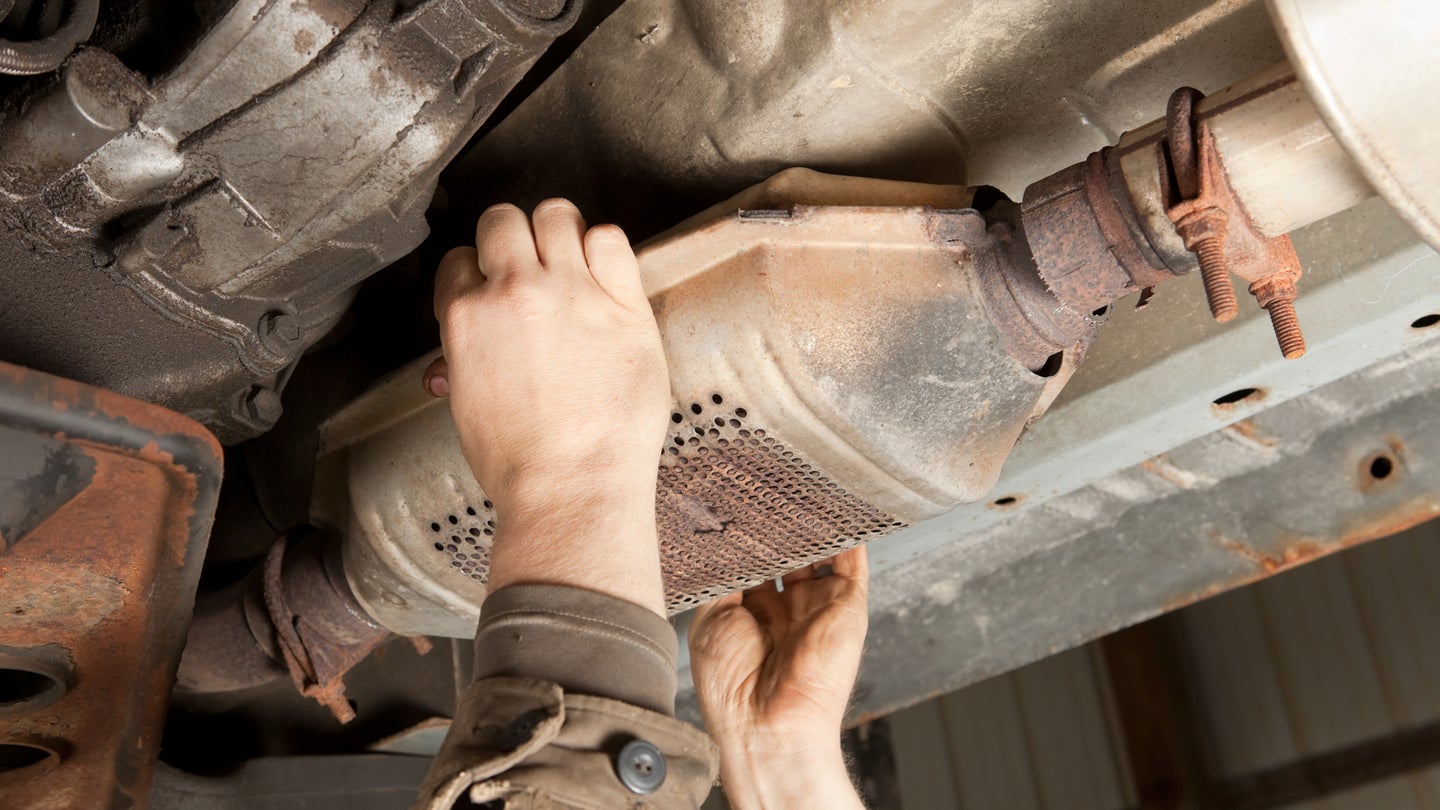 With prices of materials like palladium skyrocketing, crooks are stealing the car component left and right. 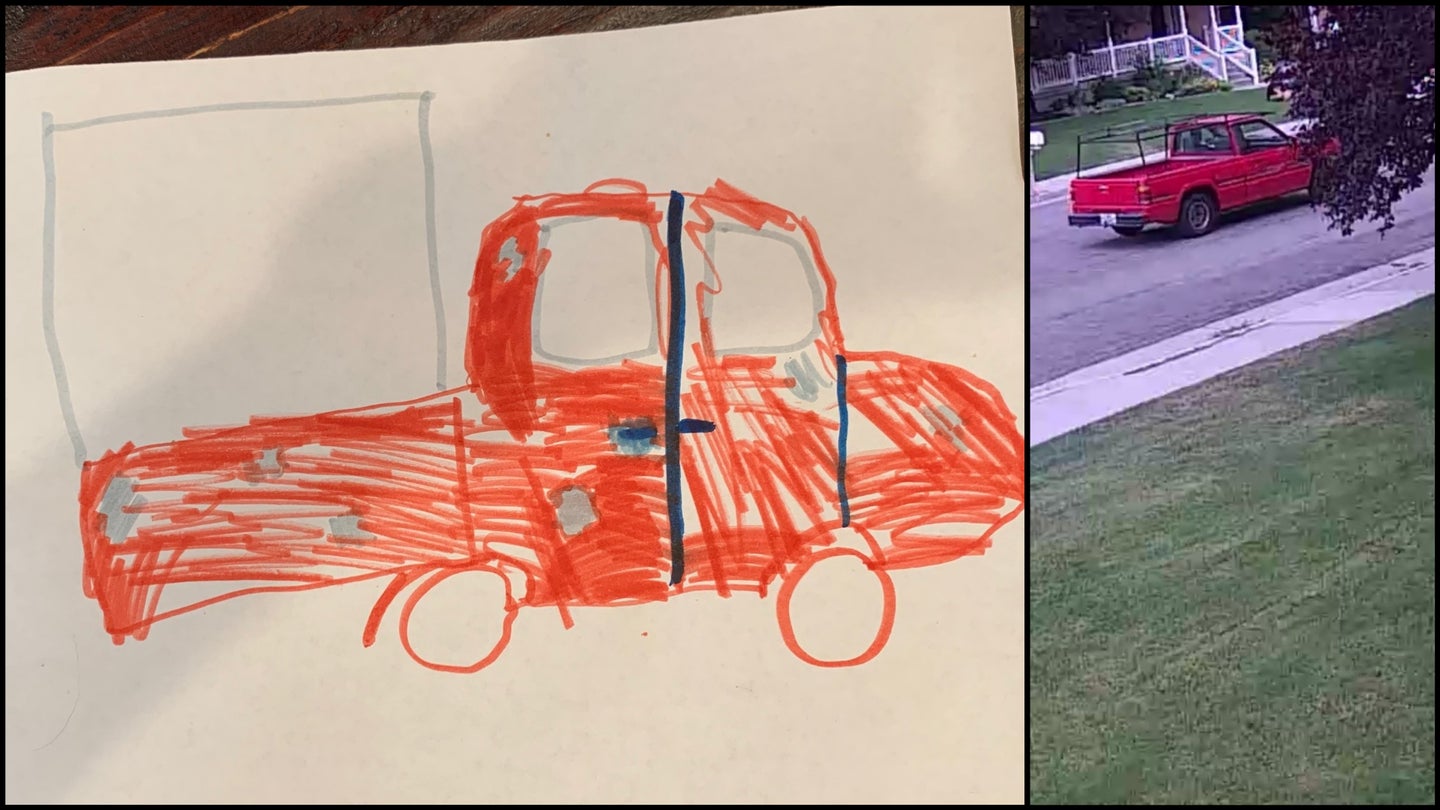 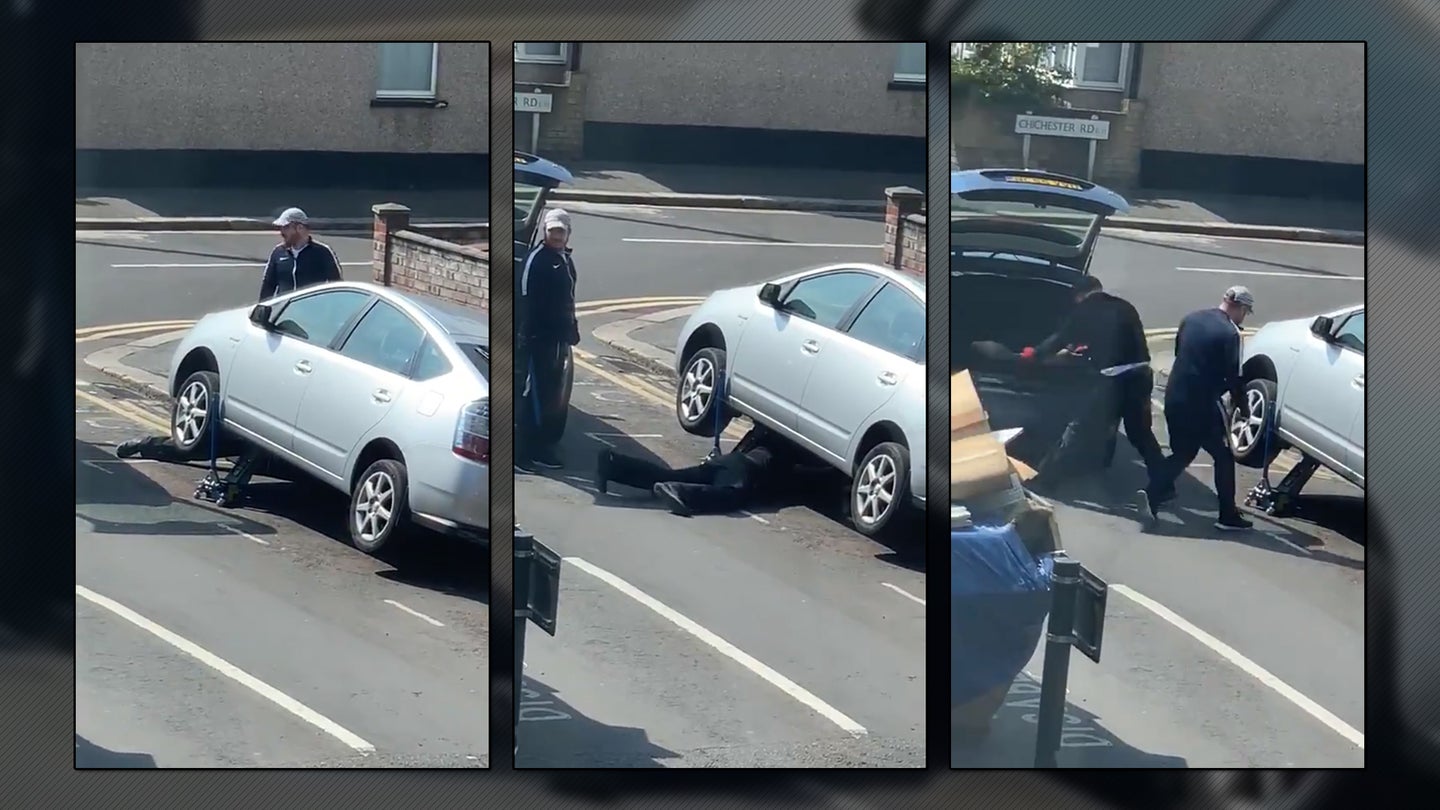