There are trailering mishaps, and then there’s getting a plane, trailer, and truck stuck under a bridge on a busy highway. 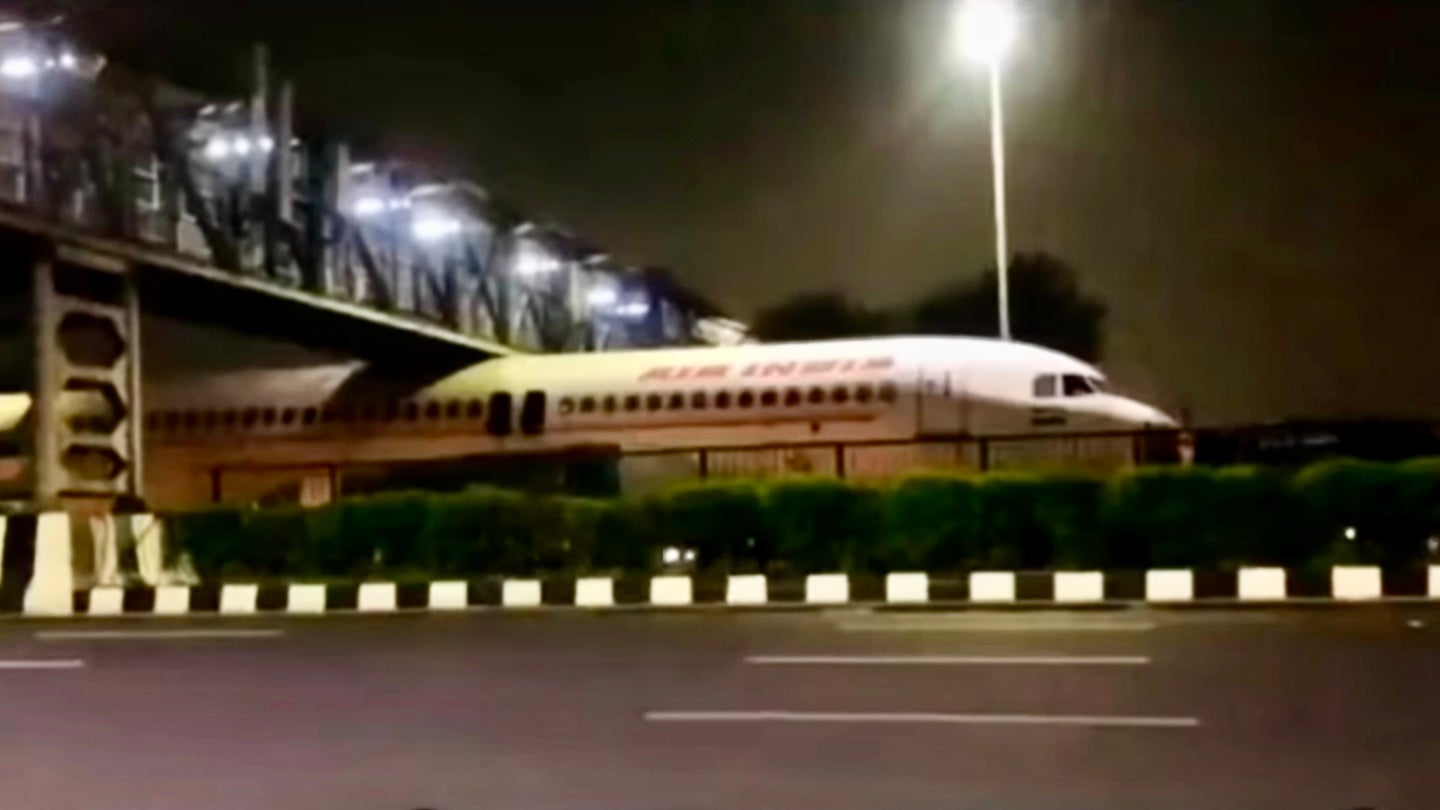 It's not uncommon for planes to get stuck on the runway while waiting for takeoff—but under bridges? Well, that's a different story. As crazy as it may sound, though, this just happened over the weekend in India.

The fuselage of a plane—an Airbus A320 according to One Mile at a Time—wearing Air India's livery was reportedly sold for scrap. In the process of being hauled out of the airport on the back of a truck, however, it got hung up. A pedestrian bridge located over the roadway was just a hair too low. A good portion of the plane made it through before the truck eventually ground to a halt, with traffic forced to flow around the aeronautical obstruction. The resulting scene makes for quite the visual.

The plane was being transported out of Indira Gandhi International Airport, located southwest of the center of New Delhi. According to The Times of India, the aircraft's former operator, Air India, said that "This is an old, scrapped aircraft which has already been sold off." A further statement to the Times of India by an airport official was along the same lines, with the spokesperson stating "The aircraft certainly does not belong to the Delhi airport’s fleet and in the video, it is being transported without any wings. It appears to be a scrapped plane.” The official then echoed what was said in the tweet above by Indian journalist Deepak Sharma, reiterating that "the driver may have made a judgment of error while transporting [the aircraft].” That part is pretty clear.

What's less clear is how long it took to free the aircraft, although it's likely it was pulled clear later that night. A video of the aircraft moving on its trailer was captured by a Twitter user around 1:15 a.m. local time, although it's unclear if the clip was recorded before or after the fuselage got stuck.

In any case, it's a good reminder to measure your load and read all signage on a roadway before heading out on the highway. You don't want to end up in an 11-foot-8 type situation.