The veteran pilot didn't survive the crash, but his beloved Labradoodle Jasmine did. 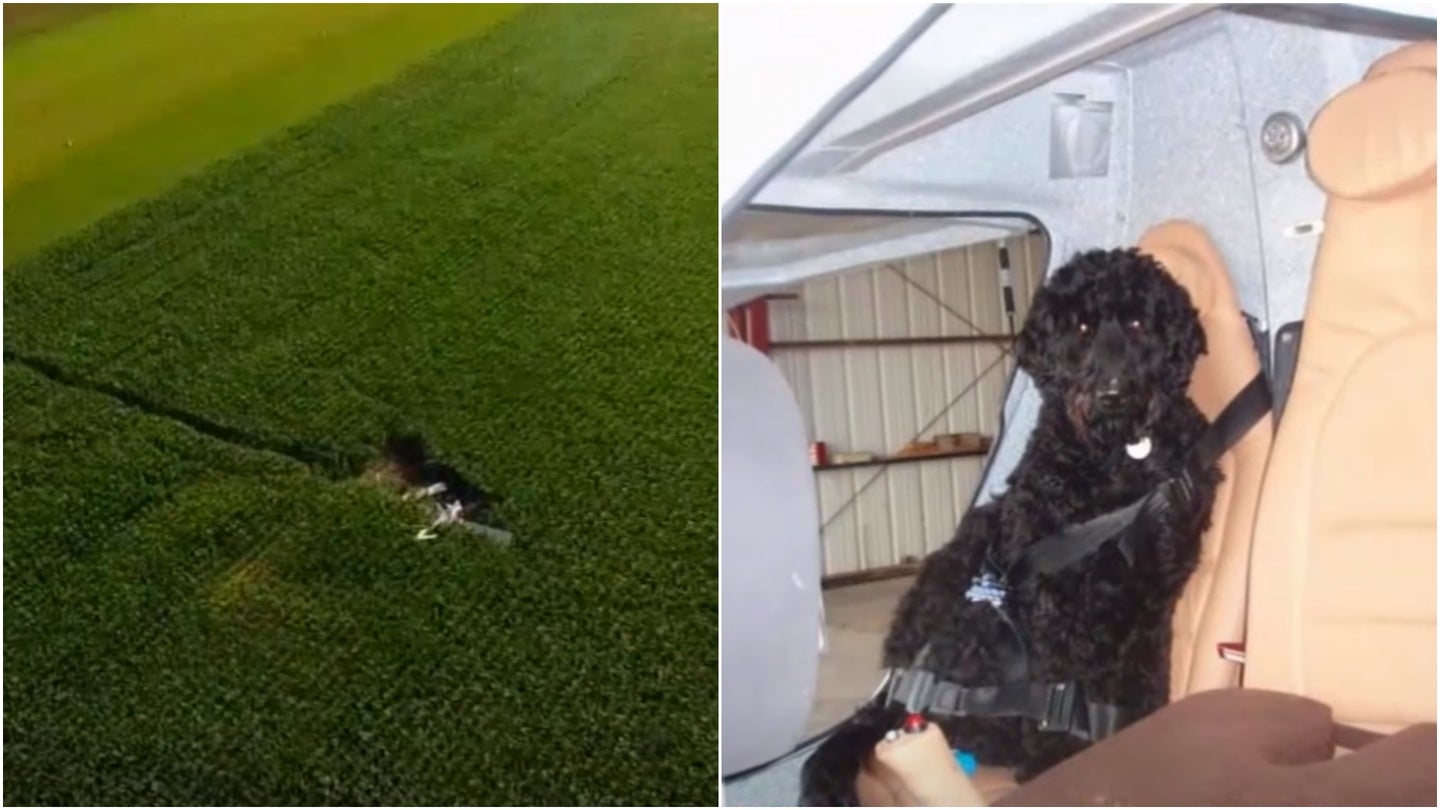 A pilot who was killed in a small plane crash in rural Iowa may have lost control of his aircraft when his dog co-pilot interfered with the controls while in the air, according to a recently released report of the 2017 crash by the National Transportation Safety Board (NTSB).

Longtime pilot Jerry Naylor was flying his single-engine airplane when it crashed into a cornfield nearby Monticello Regional Airport in Eastern Iowa. The 90-year-old man regularly flew his plane up to three times per week, and had been flying for more than 72 years after learning how to fly in 1945 towards the end of World War II.

Following the crash, an investigation was launched into the cause of the accident, probing to find the details of how it took place. Naylor's blood showed no signs of alcohol or drugs, ruling out any sort of intoxication as the cause. And despite his age, Naylor has no medical issues to worry about. The NTSB studied the plane's flight pattern and engine data but was not able to find any correlation with the information pulled from event recorders and the plane malfunctioning.

That's where things began to get a little fuzzy furry.

As per usual, Naylor was flying with his 75-pound labradoodle, Jasmine, whom Naylor's son called his "father's favorite travel companion". In reports from first responders during the crash, it was noted that emergency crews spotted Jasmine running around the field after the crash and were able to catch her.

According to the NTSB, the definite cause of the crash could not be determined, however, it was believed that the probable cause was, in fact, the pilot's beloved labradoodle.

"The pilot's decision to fly with his large dog in the two-seat, light sport airplane, and the dog's likely contact with the flight controls during landing, which resulted in the pilot's loss of airplane control and a subsequent aerodynamic stall when the airplane exceeded its critical angle of attack," wrote the NTSB in its findings.

Naylor had recently fitted the plane with a "homemade, removable, plywood device" which was intended to keep his passenger (Jasmine) from interfering with the rudder pedals while in flight. It was ultimately determined that the dog had inadvertently contacted the aileron or stabilator controls during the landing approach, resulting in the plane stalling at a low altitude.