Environmental awareness is hitting headlines, but is it hitting home?

Two environment-related stories made headlines this week: Formula 1 driver Sebastian Vettel raised hell in Canada after speaking out against Alberta's oil sand mining at the Canadian Grand Prix, and automaker Kia got called out for a commercial showing a Sportage SUV collecting beach trash to save sea turtles. Both raise the question: Is using a platform to highlight something accurate and useful—though hypocritical—going too far?

Last weekend, the four-time F1 world champion started some beef with Canada by wearing a T-shirt: "Stop mining tar sands; Canada's climate crime." He also wore a custom helmet with the same messaging on Friday and Saturday. He then switched to his Aston Martin F1 team gear for race day, complete with the Aramco logo. In case you're not aware, Aramco is a Saudi oil company.

When asked about it during the Friday press conference, Vettel said: “I think what happens in Alberta is a crime because you chop down a lot of trees and you basically destroy the place just to extract oil, and the manner of doing it with the tar sands mining, oil sands mining is horrible for nature."

He's not wrong. Oil sands are a dirty way of mining. It creates three-to-five times more emissions to extract oil from the sands than it does pumping it from a well, and the Alberta oil sands operation has been identified as the most environmentally destructive in the world. It's almost unregulated and particularly affects Canada's marginalized indigenous people with direct environmental pollution.

"I have seen a lot of hypocrisy over the years, but this one takes the cake," said Savage in one of her tweets. "A race car driver sponsored by Aston Martin, with financing from Saudi Aramco, complaining about the oilsands."

Less prominently but still worth paying attention to, Kia has been peeving environmental activists and conservationists with a commercial for its Sportage SUV, which you can watch here.

Here's the 411: A man takes his Sportage to a beach shore and hooks up some rakes to his trailer hitch to pick up some plastic trash. He then collects it in bags and throws the trash in his trunk. Just as he's wrapping up his cleaning session, turtles emerge from the water and head into the beach to nest. This has been called out as both a bad example of how not to help turtles and a pretty indulgent ad for what's still a primarily gas-powered SUV.

"I actually contacted the agency and I said, 'Look, you guys have a problem because this ad depicts things that are in fact illegal in Florida and on nesting beaches.' You can't drive cars and do donuts on sea turtle nesting beaches," said David Godfrey of the Sea Turtle Conservancy. "You also can't rake the beach with what is essentially farm equipment…How do you know you're not running over nests? How do you know you're not raking up hatchlings?"

The right way to clear plastic from a beach is the most low-impact way possible, which means collecting it with hands and bags. Sometimes that's not even soft enough and you certainly shouldn't be going anywhere near turtle nesting beaches, but even if you're in the roughest gravel dump of a shoreline—don't run over it with an SUV.

What's the difference between Vettel's gear and Kia's CGI turtles? Well, if you're saying something actually true then it doesn't matter if it's also hypocritical. Yes, Vettel is a pro-environment F1 driver whose team is sponsored by Saudi oil. He knows that, though it doesn't mean it isn't also true that oil sands are a staggering environmental disaster. As Vettel admitted, he might be a hypocrite, but that still doesn't justify inaction.

Kia, on the other hand, brought awareness to an issue that's real and very important, though it was depicted in a rather inaccurate way. "The intention behind Kia's 'Beachcomber' ad was to generate awareness of the importance of sea turtle conservation, maintenance of clean beaches as their habitat, and to help inspire much-needed change," said the company's report, before admitting no real turtles were involved and that filming did not take place near turtle nests.

The automotive industry (and its motorsport counterparts) will always find it tricky to engage in environmental matters. Whether it's VW's bee-washing or the questionable credentials of vegan leather, the most crucial thing (and most difficult, from an advertising standpoint) is that if it's going to say something, it needs to be said in the best and most accurate way possible.

Got a story tip? Email us at tips@thedrive.com 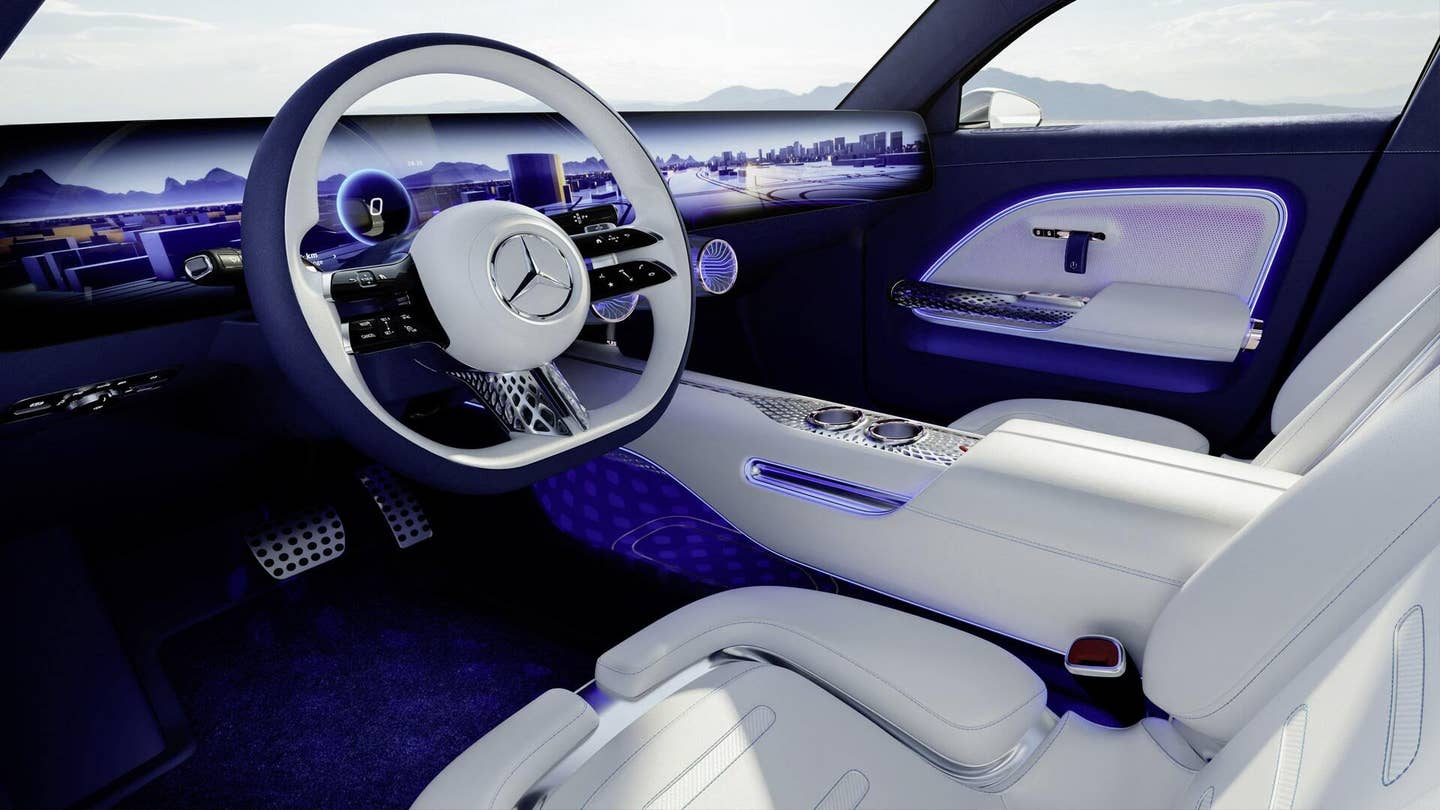 Automakers are using more vegan leather in their products, and they’re mostly doing it right. 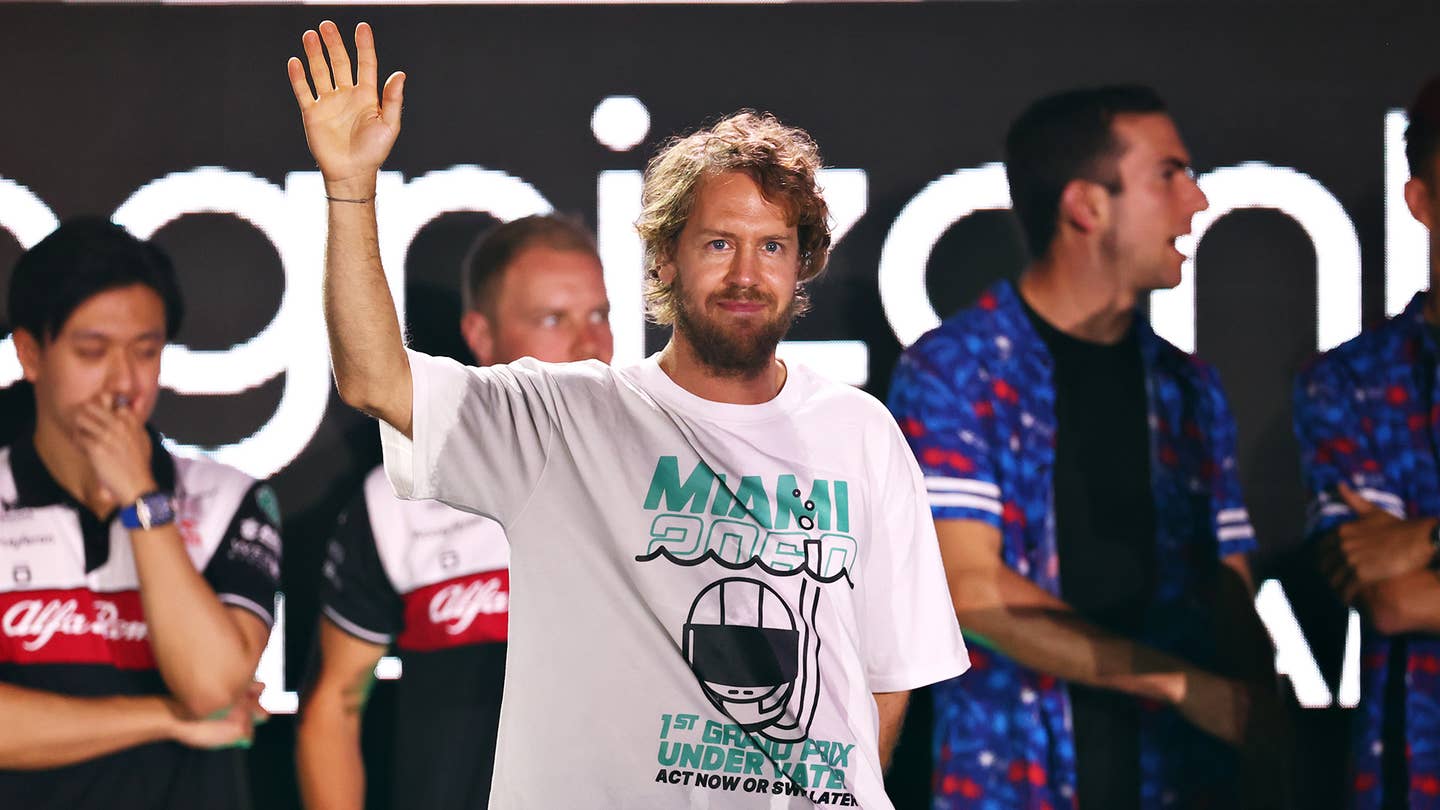 “We’re all hypocrites,” the four-time F1 champ told The Drive about his Miami climate protest. “The technology we have in the car is fascinating, but it’s useless.”