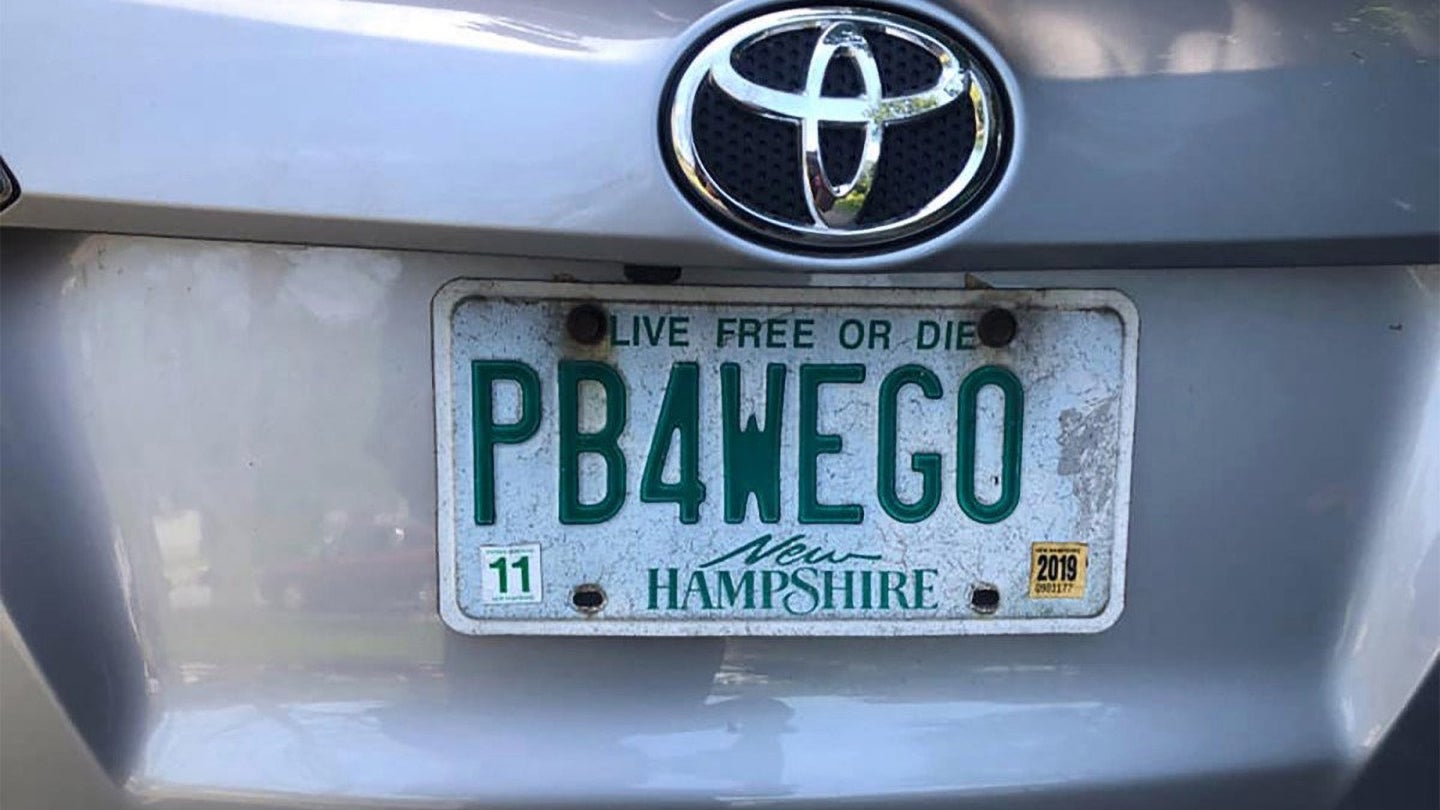 A New Hampshire mom can rest easy after she receiving the official "ok" from the state's governor to keep her controversial license plate. Wendy Auger of Rochester went viral for her “PB4WEGO,” as in "pee before we go," vanity plate after receiving a complaint from the Department of Motor Vehicles for its reference to an “excretory act.”

After the story created headlines around the country, Governor Chris Sununu stepped in by reaching out to the state's DMV, requesting the state’s agency to allow Auger to keep her plate.

"Upon this being brought to my attention, I reached out to the Division of Motor Vehicles and strongly urged them to allow Wendy to keep the license plate she has had for the last 15 years. I recently left a message on her phone to share the good news that her plate will not be recalled," Sununu told NBC10 in Boston.

The saying “pee before we go” is just about as old as civilized society itself in that ever since humans were able to travel, mothers likely told their children to go to the bathroom to avoid stopping during a journey. It’s such an old adage that it’s even become a running joke for pretty much any family that exists and is mobile.

“Who has a mom or dad or parental figure who hasn’t said that to kids before leaving the house?” Auger said while talking to local reporters at SouthCoastToday.com. “I’m not the type to sit here with a picket but come on.”

What made Auger’s story even more interesting is the fact that she had this plate registered and legally in use for the past 15 years. She immediately filed an appeal, citing freedom of speech and the First Amendment, while also claiming that the phrase is unoffensive.

A spokesperson for the NH DMV told SouthCoastToday.com that the plates are rejected “when they do not conform to legal requirements.” But the spokesperson was reportedly unable to comment on Auger’s specific case, other than it being related to “excretory acts” rendering the plate impermissible.

According to the report, Auger is one of 92 New Hampshire drivers who received license plate recalls so far this year, compared to 111 last year.

We’ve seen crazy license plate registration attempts for some obscene sayings, where one Canadian man tried to register his plate as “ASSMAN,” because his last name was interestingly exactly that. We’ve also compiled a list of funny and hilarious plate attempts that drivers tried to register in the state of California. But the plate Auger has isn’t anywhere as obscene as the previous examples, which makes us wonder why the big deal?