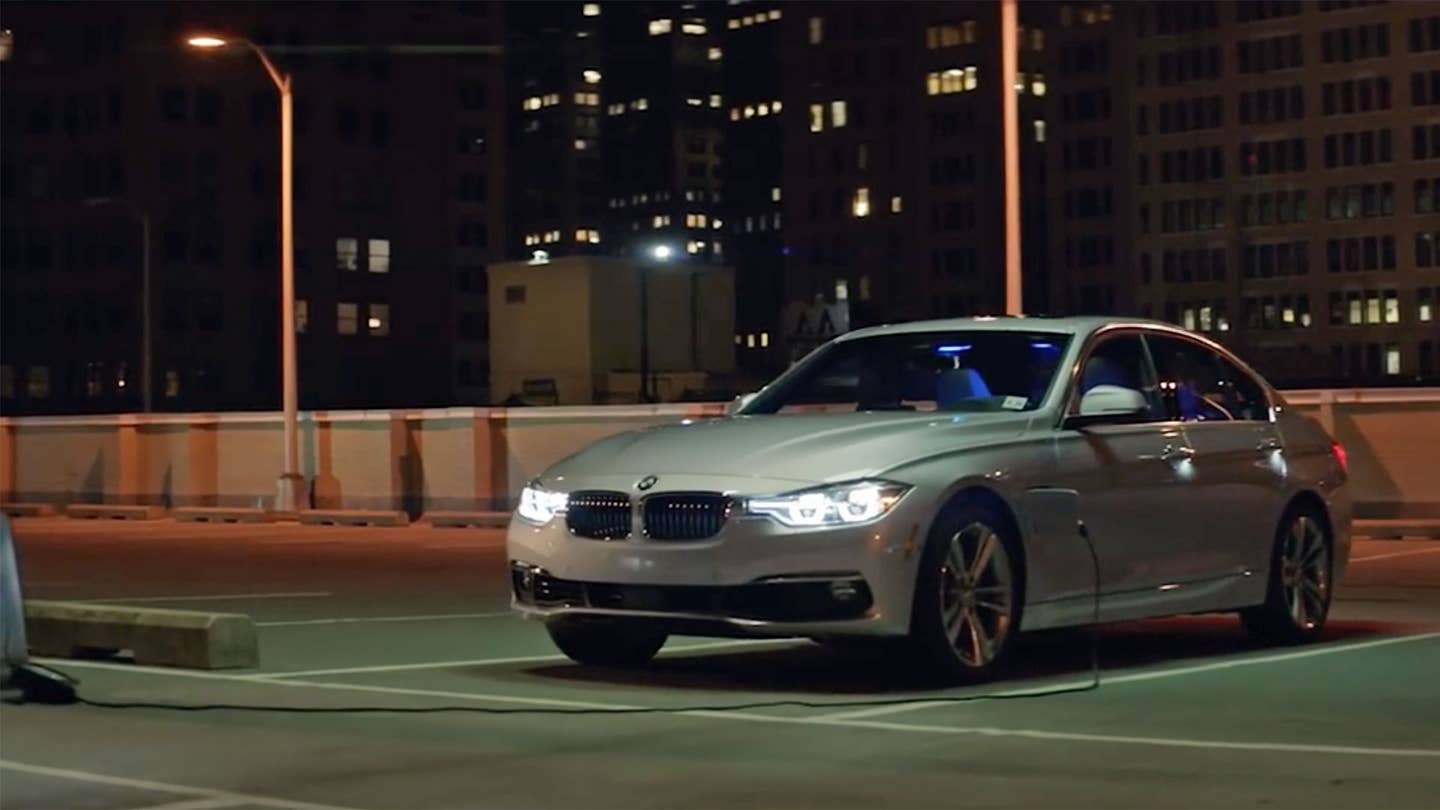 Shots fired on Electric Car Boulevard. With its newest ad campaign, BMW is hitting Tesla right where it hurts: in the long wait for the mass-market Model 3.

In a series of new commercials that will air during the Summer Olympics in Rio this month, BMW not-so-subtly draws attention to the fact that while buyers of the Model 3 will spend the next year or two pining over a car that isn't in production yet, the Bavarian Motor Works has a midsized plug-in electric sedan of its very own that you can buy right now—the BMW 330e.

The ads don't mention Elon Musk's company or its upcoming $35,000 battery-powered sedan by name, but they do just about everything but. "You will do your taxes twice, maybe more," the announcer in the ad entitled "Waiting" intones, "all before that electric car company's new model ever even arrives." The other ad, called "Wait or Drive," is even more blunt about it; it depicts a woman pausing briefly in front of a row of Superchargers in an ominous parking garage before unplugging her 330e from a wall socket and speeding off.

"There is a much-hyped car out there but it's not out there," Jon Paley, chief creative officer of advertising agency The Vault, which created the ads, told Automotive News. "You can't buy it right now. You can't drive it right now, and BMW's answer is there is a terrific car—it happens to be a plug-in hybrid and it's now."

Unlike the purely-electric Model 3, the BMW 330e is a plug-in hybrid, linking together an 87-horsepower electric motor and a 180-horsepower turbocharged-four to create a combined maximum output of 248 hp. In electric-only mode, it can zoom down the highway at up to 75 mph, but runs out of battery power after 14 miles; let the computer decided when to switch between gas and electric engines, and it can go up to 373 miles, all while delivering up to 72 mpg-e.

Not quite Tesla numbers, sure. But the next-generation 3 Series should be better suited to take on Musk's Model 3. That car, expected in 2018 or so, is expected to offer an EV version packing a 90-kWh battery.

Why wait two years, when you can have a car today for just twice the price?