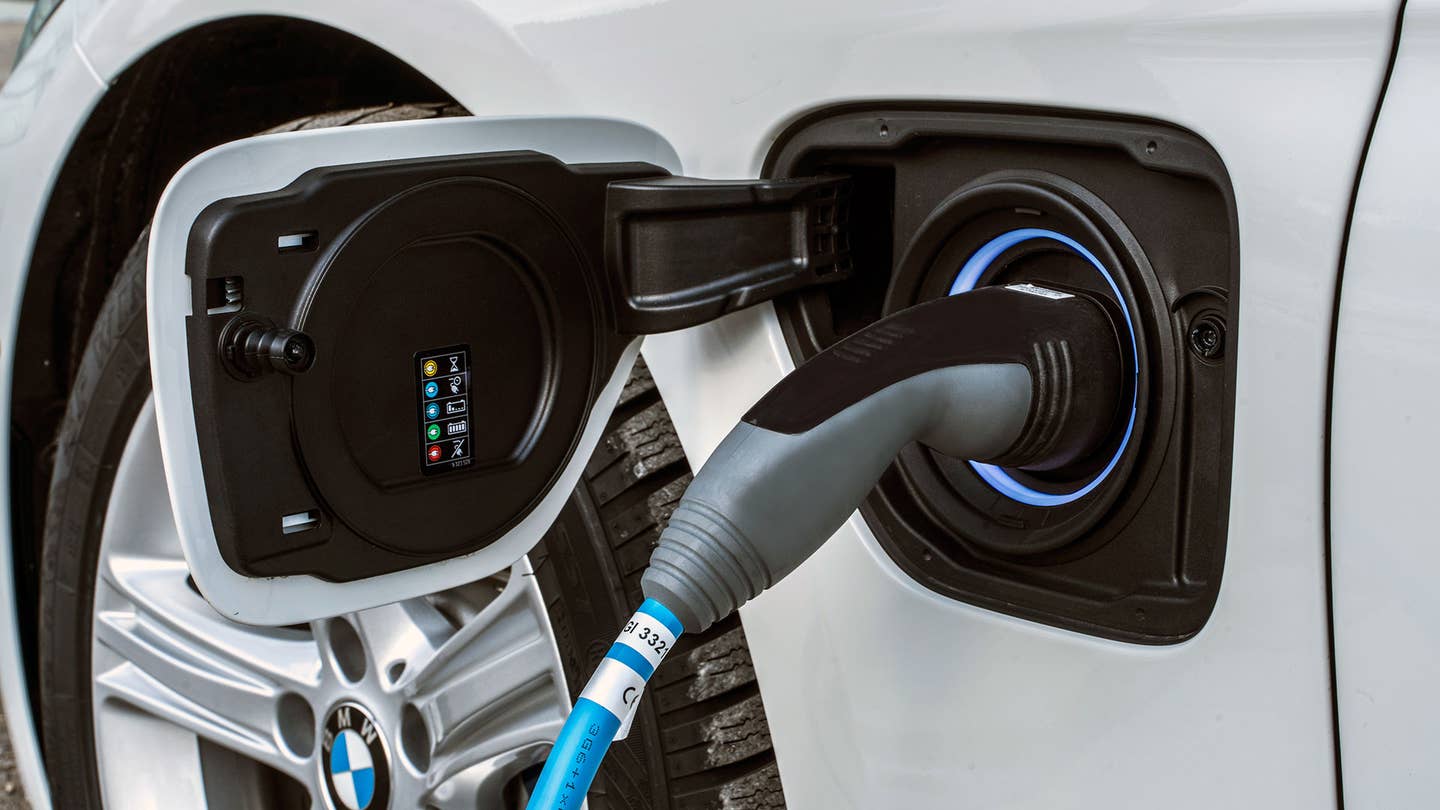 The Bavarians are gunning—silently—for Tesla. Auto Express reports the next BMW 3 Series will add an all-electric model to the already-packed lineup. And while the electric BMW will be sized close to Elon Musk's Model 3, insider chatter suggests the next 3 Series will pack a Model S-like 90-kilowatt battery pack, delivering roughly 300 miles of range.

It's still far from clear how close the electric 3 Series will come to the Tesla on pricing, though. Tesla has promised the Model 3 will cost just $35,000 before incentives. The least pricey 3 Series on sale in the U.S today, the 320i, starts at $34,145; the closest comparable 3er today, the mildly-electrified 330e, starts at $44,695. You may well be able to option a Model 3 into EV 3 Series territory, but you can also option a 3 Series into a sticker-shock heart attack.

Looking beyond the electric version, other fundamental details about the coming 3 Series are a little more clear. As it is expected to move onto an adapted version of the multi-material CLAR platform first found in the new BMW 7 Series, the new 3 Series is expected to grow a little longer and wider, while the styling is believed to be sharper and more aggressive. The U.S. market can expect slightly punched-up versions of the current inline-four and inline-six gasoline and diesel engines.

Aesthetes and technology types will be rewarded with upgraded materials inside, iDrive infotainment featuring voice gesture control, a more extensive heads-up display, and semi-autonomous driving. But enthusiasts won't be left out; the next-generation 3 Series is said to be lighter, and should come armed with performance tricks like adaptive suspension with dynamic camber adjustment, active steering, brake-based torque vectoring, and improved brakes. The M3 and M4 should come equipped with electric turbochargers and an engine output hovering around 500 horsepower.

Odds are good BMW will unveil the new BMW 3 Series at the Frankfurt Motor Show in 2017, with sales to begin in 2018. Expect to see the Tesla-fighting all-electric version a couple years later.