Why wait two years, when you can have a car today for just twice the price? 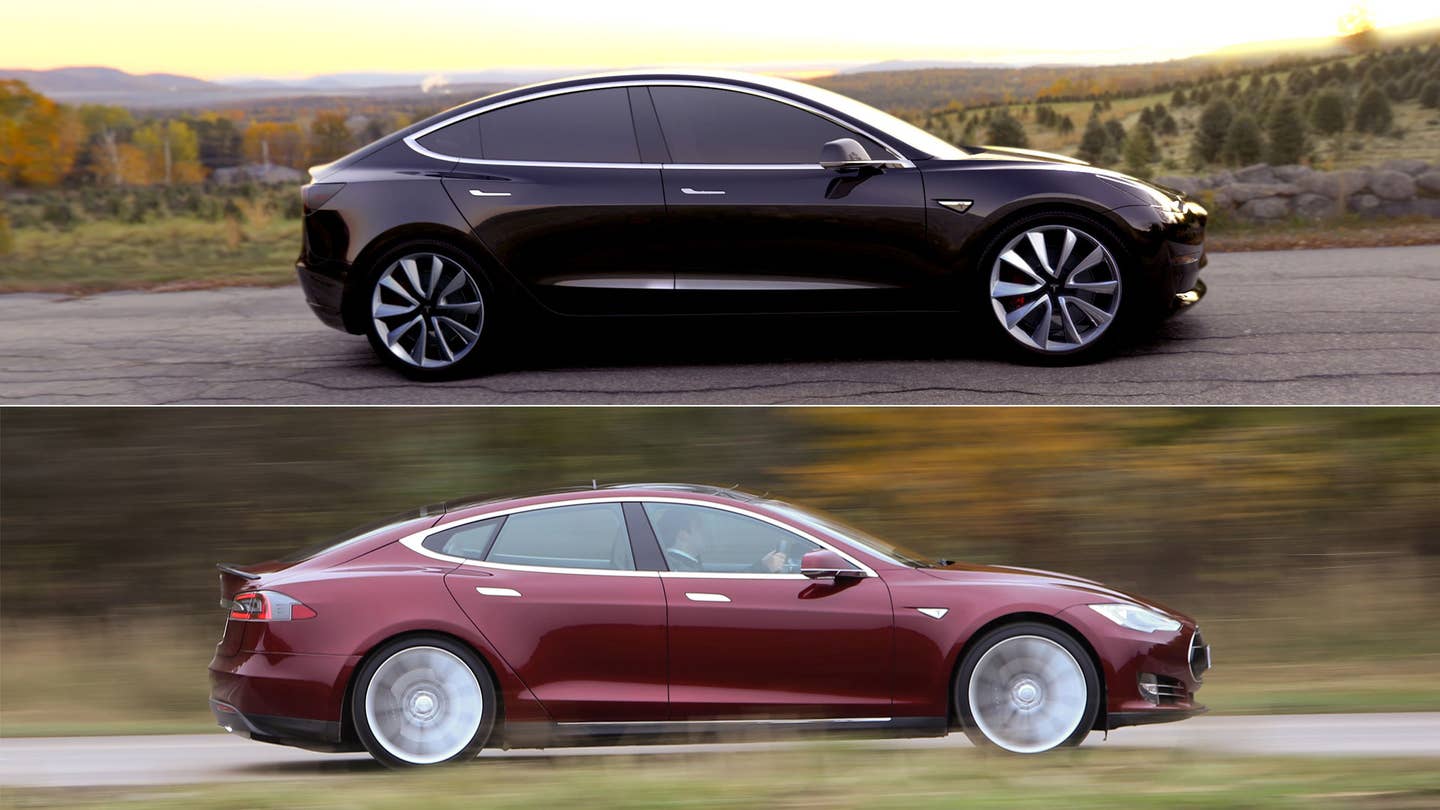 Flush with hundreds of thousands of pre-orders for the Model 3, Tesla now appears to be looking to turn some of that future potential into current-day capital—by trying to convince those people with Model 3 orders to spring for its newest Model S, instead.

According to electrek, Model 3 reservation holders across the United States and Canada have been contacted via email by local Tesla stores, offering them lease deals and the lure of immediate gratification.

"We are thrilled to have just launched the new Model S 60 and as a valued model 3 reservation holder I wanted to personally reach out to invite you to University Town Center Showroom to experience Model S 60 and 60D," read one such email posted on the Tesla Motors Club forum by a Model 3 reservation holder from Florida. "We know how excited you are to receive your Model 3 and wanted to ensure you had the chance to work with myself and our team to explore the options of getting into a Tesla even sooner."

While the new Model S 60 is indeed the cheapest car in Tesla's current lineup, at a starting cost of $66,000, it's almost double the expected base price of the Model 3. However, it's not yet clear how much a well-equipped version of the entry-level electric luxury sedan will cost. In addition, some features that come standard on the Model S, such as Supercharging, will be optional on the Model 3.

Having close to 400,000 pre-orders on the books for a car that won't hit the streets for more than a year might seem like a good thing—but for Tesla, it has to be a little bit daunting. After all, while Elon Musk's carmaker claims it will crank up production at its Fremont, California factory to 500,000 units a year by the end of the decade, these days, it's only turning out around 2,000 cars a week. Even if it can double that rate by the time the Model 3 is expected to hit production in late 2017, and even if Tesla were to freeze production of the Model S and Model X to concentrate solely on its new car, It would still take almost two years for the carmaker to fulfill all those pre-orders.

So it certainly behooves Tesla to turn as many of those Model 3 pre-orders into Model S orders as it can while it has production capacity to spare. As the saying goes, a bird in the hand is worth two in the bush. And if that bird in the mitt is worth twice as much money as those ones in the shrubs? Even better.