No electric rear axle for you. 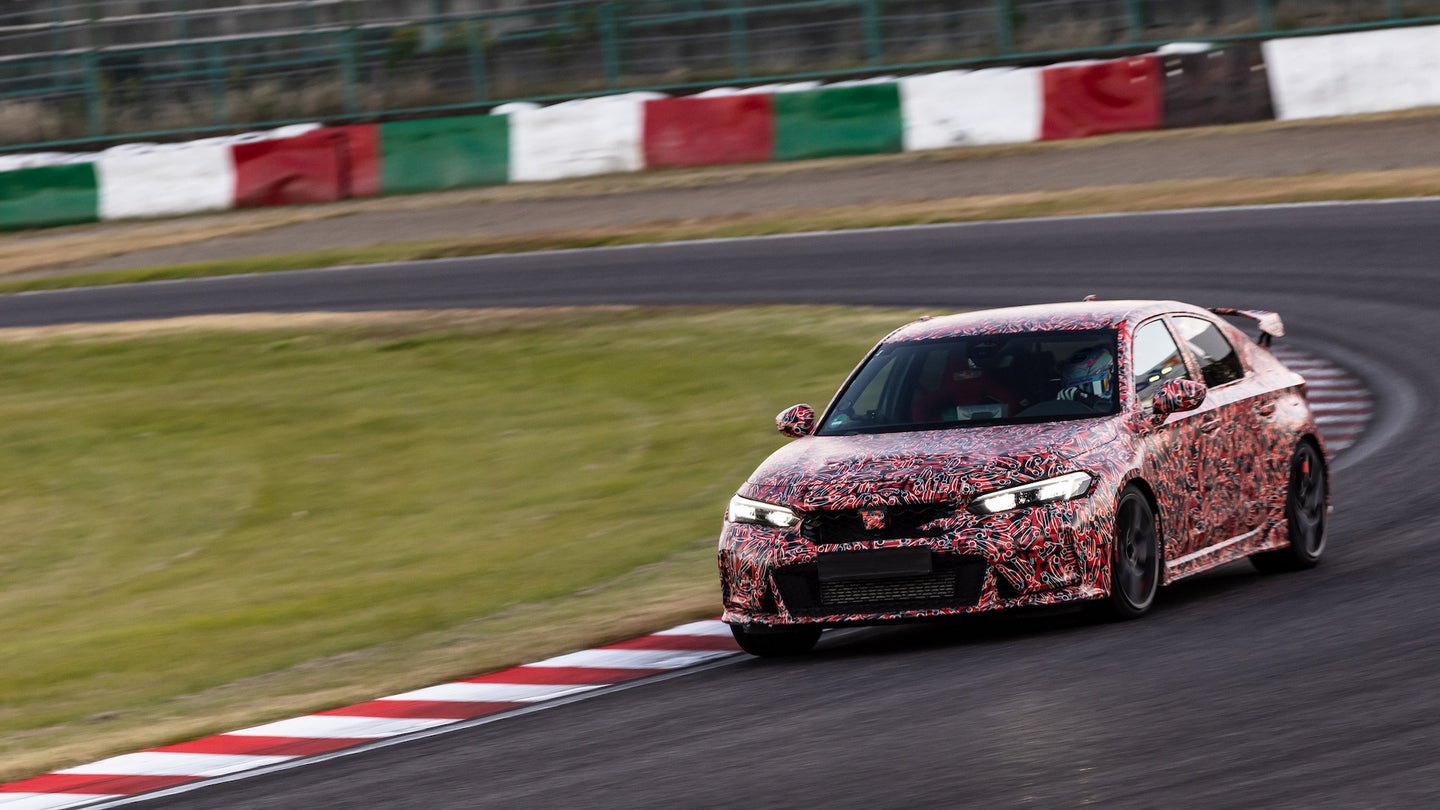 The 2023 Honda Civic Type R is coming this summer (we promise) but before that happens, Honda is continuing to build up hype. The company has announced that its upcoming hot hatch has broken the front-wheel-drive lap record at its home circuit of Suzuka. Yes, front-wheel-drive lap record, which indirectly puts to rest all of the previous rumors that this car was going to come with an electric rear axle. Goes to show you can't believe everything you read on the internet.

As for factoids you can believe, the previous front-drive record-holder at this track was none other than the lightened, tightened, and yellow version of the new CTR's predecessor, the FK8 Civic Type R Limited Edition. This new Type R lapped the 3.6-mile track in 2:23.120, breaking the record at Suzuka by almost a whole second since the old car did it in 2:23.993.

The announcement was accompanied by a flashy video that ends with the words "Now, onto the world stage," which leads me to believe that Honda will be breaking some more FWD track records with this car over the coming weeks. Maybe, possibly, probably at that German one that's really, really long?

Unless I missed something, this is also the first time we are seeing interior footage of the new CTR. A lot of it is still camouflaged or digitally blurred out but as far as the parts that we can see, it definitely looks like the interior of the new Civic. Anywho, here's onboard footage of the record-breaking Suzuka lap if you'd like to see the new Civic Type R and its beast of a front axle haul absolute ass.

Got a tip or question for the author about the new Type R? You can reach them here: chris.tsui@thedrive.com