Why did the migratory amphibians cross the road? Because Marquette, Michigan closed it for them. 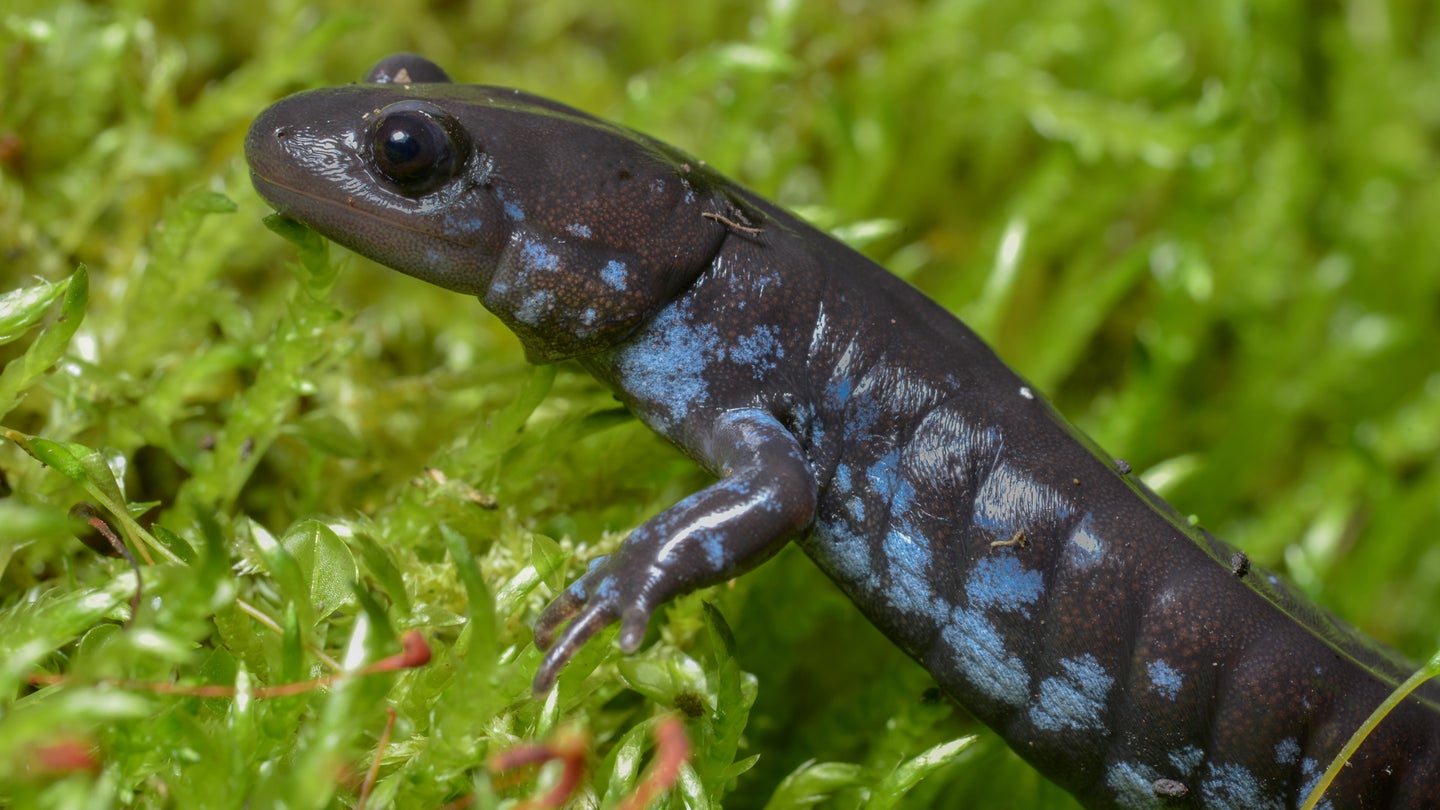 A town in Michigan's Upper Peninsula had a problem on its hands—one that was salamander-related. The blue-spotted salamander, whose range stretches through parts of northern Michigan, has a large population on Presque Isle (roughly 200 miles from Sault Ste. Marie), and the amphibians lay eggs in shallow seasonal bodies of water called vernal ponds. Their path from their habitat to their egg-laying grounds, in the case of Marquette, Michigan, is blocked by a road. To help them cross, the city closes the road nightly during their migratory season in order to help prevent fatalities of the roughly five-inch long little dudes.

The move comes on the heels of a 2019 biological study of the road, which found that 400 salamanders—or roughly 10 to 20 percent of the city's population—were killed by traffic while migrating. The salamanders only breed at night, have black skin, and grow less than six inches in length, which makes them incredibly difficult for motorists to spot. In 2020, the city closed the road during breeding season, and only three salamanders died; since then the city has made the road closure (which takes place entirely in a park, with no humans blocked from their homes) a regular occurrence.

The move is an excellent example of how strategic road closures or wildlife bridges can allow humans and wildlife to coexist with less conflict. Wildlife bridges have proven crucial to migratory species that have to cross roads elsewhere, but given the nature of Presque Isle, closing down the road makes the most sense, especially since the salamanders' migratory season only lasts a few weeks between now and mid-April. The closures only affect a dead-end park traffic loop from 8 a.m. to 8 p.m., as The Detroit News reports, and allow would-be salamander watchers to walk the stretches of pavement where the amphibians are expected to migrate. The salamanders themselves get to lay eggs and perpetuate their species without dodging rogue crossovers.

And of course, we can now answer the age-old question with hard data: why did the salamander cross the road? Because they closed it for them!

What Is This, an Overpass for Crabs?

Millions of red crustaceans cross bridges like this in Australia to reach their fertility festivities.