The ISS crew repeatedly lost contact with Earth for 11 minutes after a thruster malfunction on a docked craft. 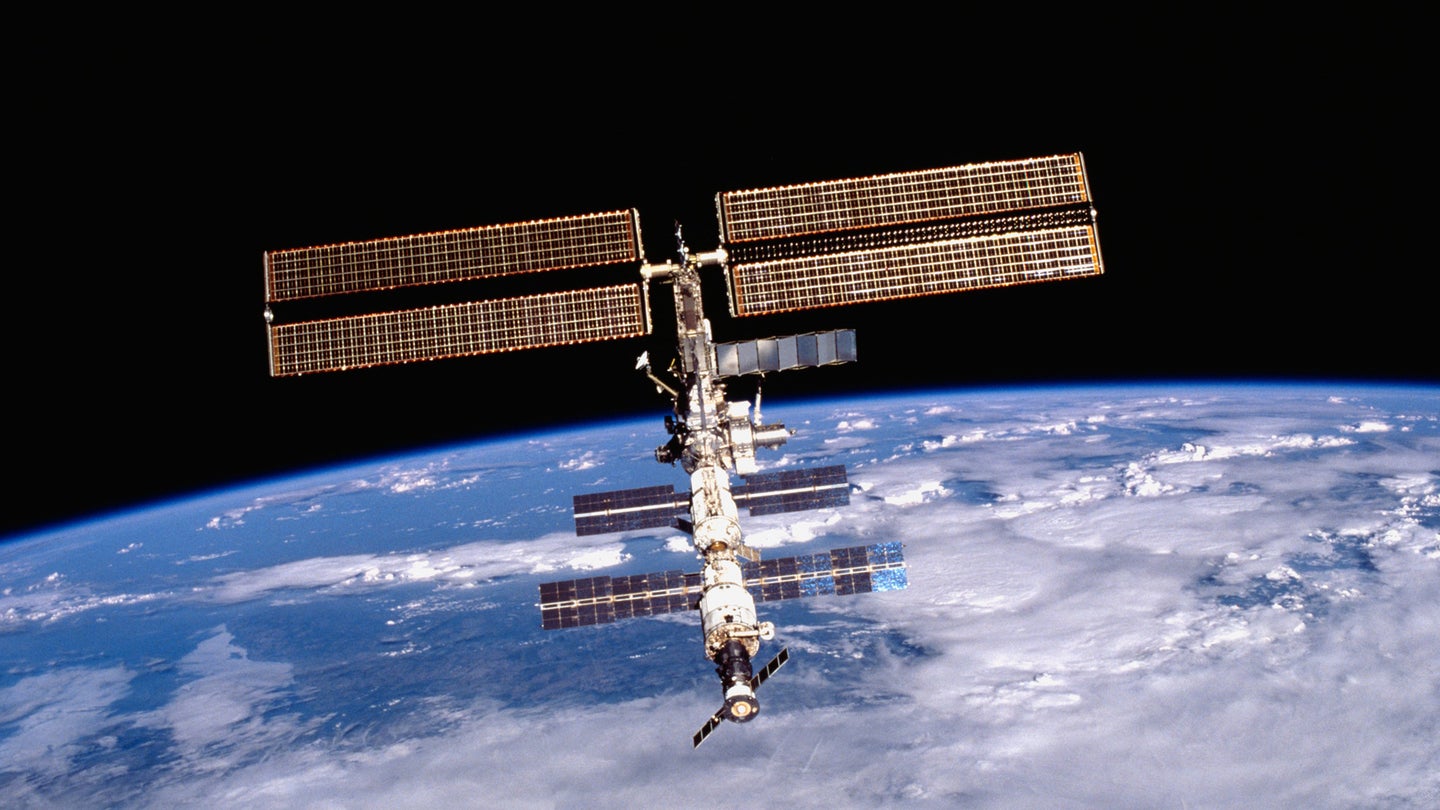 NASA held a press conference Thursday with an ominous topic. The International Space Station had, for nearly an hour, pitched out of its regular orbit and announced a state of station emergency, which is exactly the scenario you do not want when you're about 250 miles above the Earth.

The incident happened when a new part of the space station was added on. The Russian-built (as a lot of the ISS is) module was a new docking lab, flown up to replace the old Pirs docking system, which had been jettisoned and safely escorted back to Earth earlier this week. Unfortunately, something caused the Nauka module's thrusters to fire up after it had joined onto the space station, and roughly 45 minutes of what feels like a pretty scary science fiction movie ensued.

Here's a video of Nauka successfully docking to the station, just a few hours before the near-disaster:

That all went exactly as it was supposed to, so it came as a shock to the astronauts and cosmonauts onboard the station when things started getting dramatic. Reuters reports NASA told journalists on Thursday that about three hours after Nauka docked onto the station, scientists in Moscow were completing some alignment checks, and the thrusters designed to get the module to lock onto the station mistakenly fired.

Obviously, there's not a lot of resistance in the vacuum of space, so although Nauka's thrusters aren't particularly heavy-duty for a rocket, it was able to push the entire ISS about 45 degrees off-attitude. NASA explained to reporters that at the worst point, the ISS was twisting in its orbit by about half a degree per second, which doesn't sound like very much until you're being slowly flung through space by an out-of-control rocket that's locked onto your ship.

In the end, the situation was resolved by using one of the ISS's other modules' thrusters to push back at Nauka and then correct the orbit once the misfire had been stopped. Everything was later righted and full communications had been restored—although scarily, NASA lost touch with the crew for several minutes twice during the incident.

Roscosmos, who made the Nauka module and was in control of the systems that caused it to misfire, blamed the incident on a software failure. NASA was keen to emphasize that the crew of the ISS was never in any immediate danger.

Got a story about things going wrong in space? Mail me on hazel@thedrive.com

The Shenzhou-12 mission put three astronauts aboard the new Tianhe space station module in a display of just how far China’s space program has come.

Everybody poops! Even astronauts. The new toilet is designed to be used aboard multiple spacecraft, including longer-haul missions away from Earth.