The Historic Manned SpaceX-NASA Launch Has Been Aborted

Weather conditions didn’t clear in time for the launch window. 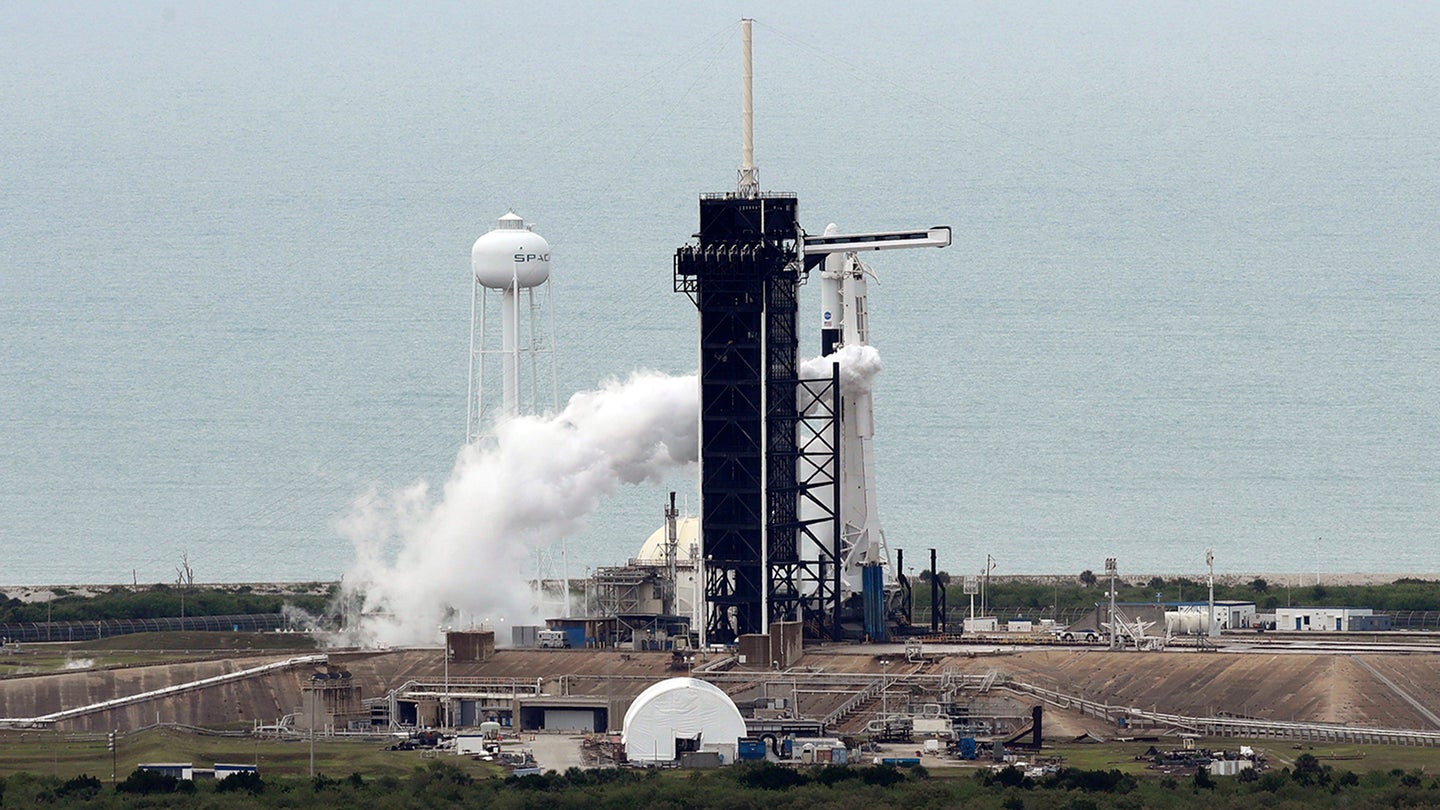 The first manned mission to space from U.S. soil since 2011 has been scrubbed at the last minute due to inclement weather, ending a day of excitement for NASA, SpaceX, and a public eager to see crewed spaceflight return to America. The Falcon 9 rocket carrying a Crew Dragon capsule with NASA astronauts Doug Hurley and Bob Behnken aboard was scheduled to launch from Cape Canaveral, Florida at 4:33 pm ET in an instantaneous window, meaning it couldn't be delayed for the vehicle to still reach the International Space Station as intended.

The next launch window is scheduled for Saturday at 3:22 pm ET.

The two-man crew would've set a number of firsts on today's mission: the first-ever manned launch in SpaceX's 18-year company history, the first time a privately built spacecraft launched a human into orbit from U.S. soil, and the first crewed NASA mission to the ISS since the space shuttle program ceased operations in 2011.

SpaceX also loaded two very special pieces of symbolic cargo alongside the crew. One is a piece of art comprised of gold, aluminum, and brass meant denote how far humanity has come in exploring the cosmos. The second is a collage of more than 100,000 photos of 2020 graduates which would be launched into space with Demo-2.

Following a hearty breakfast of steak and eggs, the two astronauts slipped into their new modern spacesuits designed by SpaceX specifically for the mission. The duo posed for photos with SpaceX CEO Elon Musk and NASA Administrator Jim Bridenstine before climbing aboard Dragon and readying themselves for the launch that unfortunately did not happen.

Minutes after beginning the fueling process, NASA's standard preflight "go/no-go poll" determined the weather to be too risky and mission control handed down the abort order. It's now in what's called the scrub sequence to safely offload the fuel and crew. The good news is that all systems functioned exactly as intended and the order to stand down was due entirely to weather conditions and the extremely tight launch window.