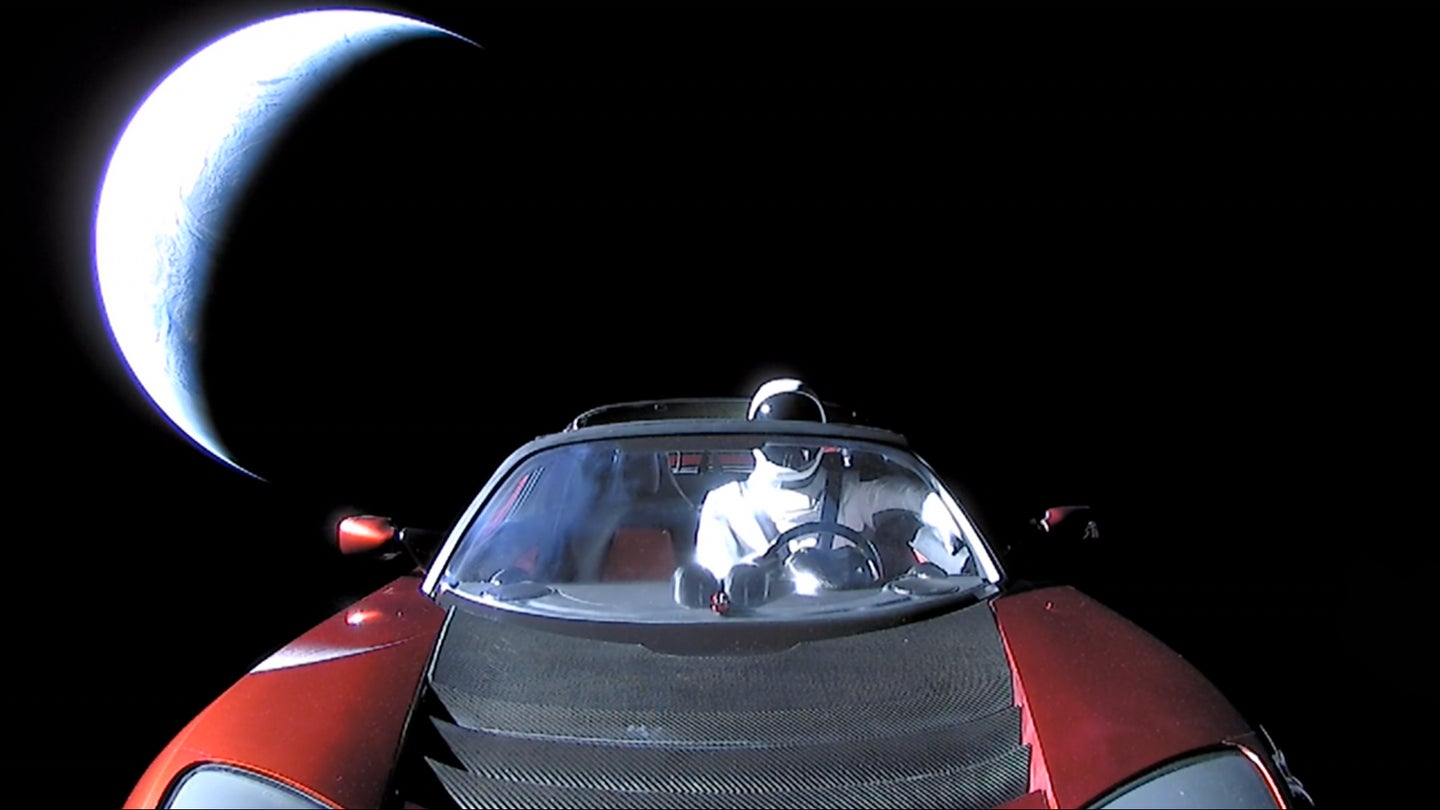 Part rocket test, part scientific experiment, and part public relations masterstroke, SpaceX's use of the first Falcon Heavy rocket last week to blast CEO Elon Musk's old Tesla Roadster into space was undeniably cool. But the car wasn't the only thing that hitched a ride on the jumbo rocket. Turns out, Musk snuck a second, secretive payload onto the maiden voyage as well.

Stashed somewhere inside that red Roadster, which is now zipping away from Earth at more than seven miles per second, is a tiny disc made of quartz crystal, no bigger than a large coin. It might not look like much, but it's actually a futuristic data storage device that its creators promise can safely store 360 terabytes of information in the vacuum of space for millions of years.

It's called the Arch (pronounced Ark, get it?), and you can think of it like a modern-day version of the Voyager space probes' Golden Record. So what's it carrying? Science fiction icon and author Isaac Asimov's seminal Foundation trilogy, which itself is about the fight to preserve human culture, history, and knowledge amid galactic upheaval that threatens our survival as a space-faring species. A little on the nose in our book...but when you launch a car into space, you get to pick the reading material.

The 5D optical storage technology underpinning the Arch was developed by British physicist Peter Kazansky, and the California-based Arch Mission Foundation is responsible for its promotion. They've developed two series of the special discs; one resides in Musk's personal library, and the other is currently rocketing through space in a car's glovebox.

The foundation's co-founder Nova Spivack wrote a blog post last week explaining that the project's eventual goal is to establish permanent backups of human knowledge in various orbits around the solar system. More fancifully, the project eventually wants to connect all of them somehow to create "a decentralized read-write data sharing network" in space.

"Think of it as a ring of knowledge around the Sun," Spivack wrote. "This is only the first step of an epic human project to curate, encode, and distribute our data across the Solar System, and beyond."

Sounds...far off. But hey, that's how progress works sometimes.