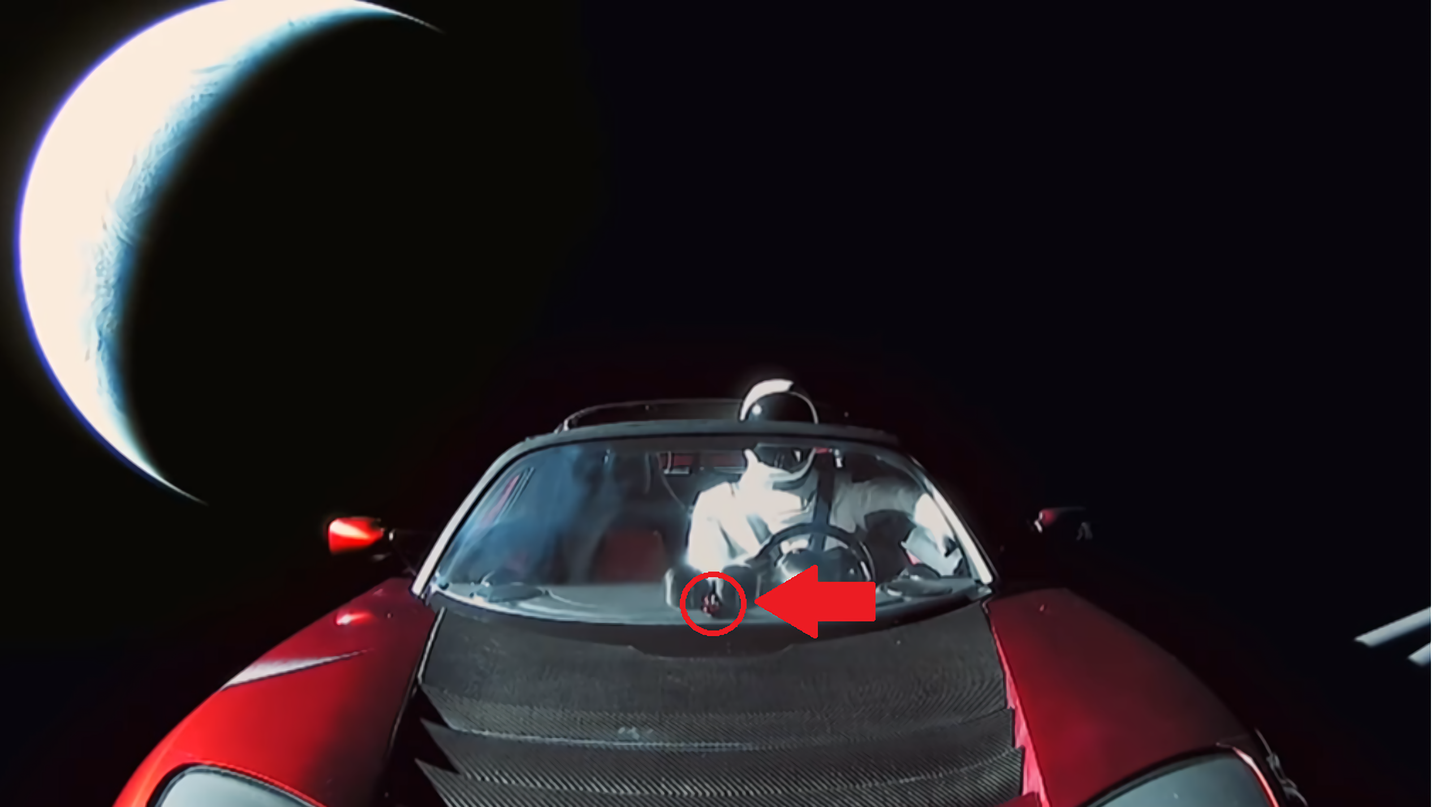 Hot Wheels is celebrating the first car to orbit the sun—and, possibly, the first Hot Wheels car in space—by reissuing a Tesla Roadster casting after Elon Musk's personal EV was sent outside our atmosphere in February. Naturally, the 1:64 scale die-cast is painted a metallic dark red. Unfortunately, there's no spaceman figurine in the driver's seat.

Somewhat lost in the excitement of launching the car (and Starman) into space was the small passenger affixed to the dashboard: a Hot Wheels Tesla Roadster. Hot Wheels is happy to share in the celebration, especially considering that 2018 marks the company's 50th anniversary.

The packaging for the toy features a photo of the actual car as seen during the original live stream, with fun quotes like "Greetings from SPACE!" and "1st car to orbit the sun!"

Surprisingly, Elon Musk's Tesla Roadster isn't the first "car" launched into space. In fact, it isn't even the first EV to reach the cosmos. That distinction goes to the Lunar Roving Vehicle (LRV), used during the last three Apollo missions in 1971 and 1972. Like the Tesla Roadster, it seats two, although we're sure that the NASA engineers of yore would have loved to swap the silver-oxide batteries with modern lithium-ion cells.

In case you're wondering, Hot Wheels has indeed produced the LRV in 1:64 scale, as well as the Mars rovers Sojourner and Curiosity. The legendary brand also produced the Starship Enterprise, sold packaged on that same familiar blue blister card between rows of Corvettes and Porsches in your local toy aisle. It may be among the finest interstellar spacecraft available, but we doubt it would handle well on a plastic orange track. Chalk one more up for the Tesla Roadster.

Some of the most iconic Hot Wheels toy cars from across the ages appear on a new set of celebratory stamps issued by the United States Postal Service.