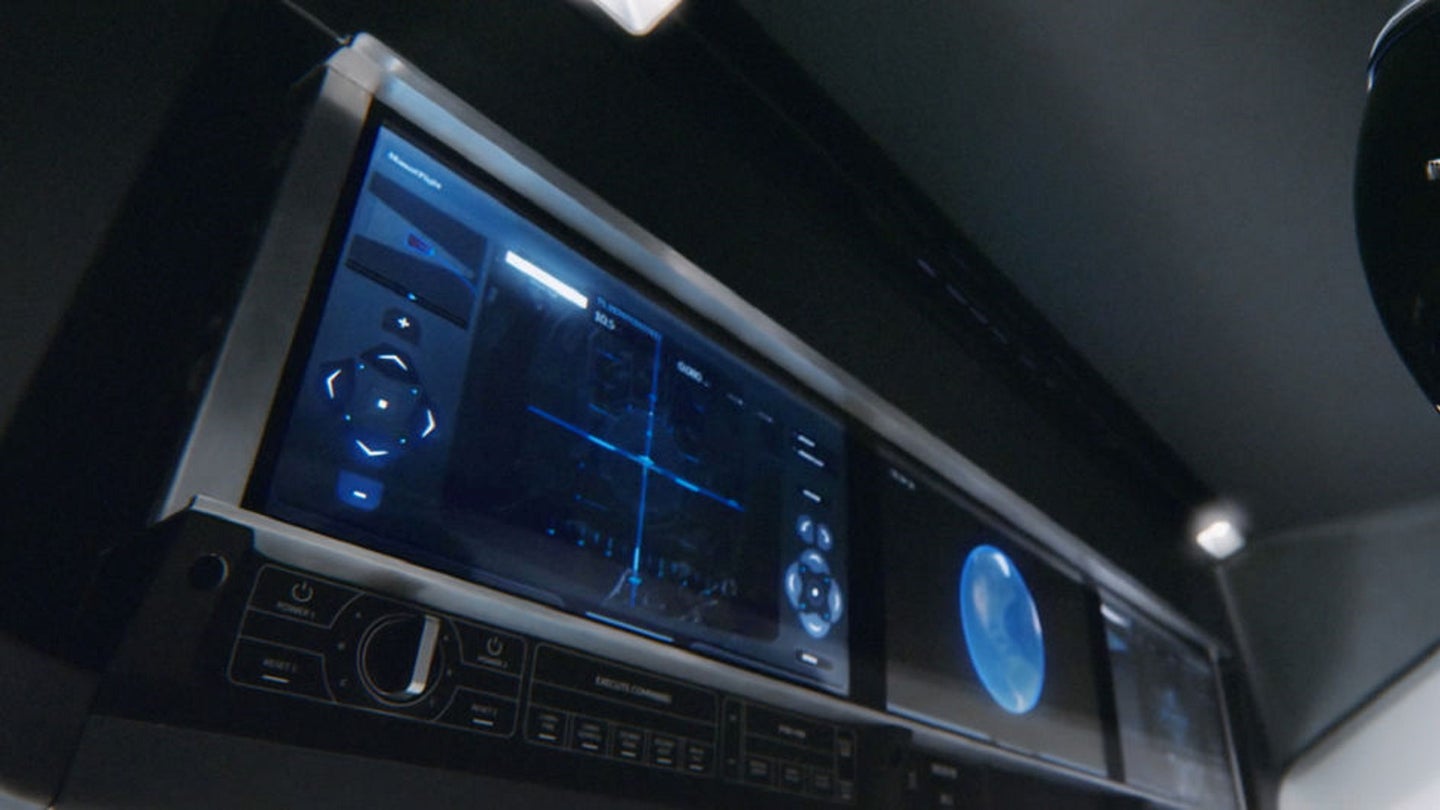 Reporters got a closer look of the SpaceX Dragon spacecraft on Monday. Ars Technica reported that event attendees had the opportunity to get inside a mock-up of the Dragon capsule, as well as a first look at the simulators that astronauts have been using to learn how to fly it. The control interface resembles that of the Tesla Model 3.

The unmanned Dragon has already been in active service since 2012, ferrying supplies to the International Space Station. But the ultimate goal of the Dragon is to transport people. The mock-up seats four people comfortably and can be equipped with up to seven seats. The astronauts' current ride to the International Space Station, the Russian Soyuz that dates back to the 1960s, has a maximum crew capacity of three, and in rather cramped quarters.

Another major difference according to Ars Technica between the Dragon and Soyuz, as well as previous American spacecraft, is a particularly Tesla-esque user interface. Like the Tesla Model 3, many controls that have typically been buttons, knobs, and dials have been incorporated into one of three touchscreens available to the astronauts. While the Space Shuttle had more than 1,000 different controls, the Dragon has just a small row of the most important controls underneath the screens, which even then serve mostly as backups in case the touchscreens should fail.

Front and center, situated between the commander and pilot, is a large ejection handle. Once again, this is only a backup control in case the automated systems fail, but either astronaut may manually pull, then twist this handle to fire the eight SuperDraco rocket engines built into the walls of the spacecraft. Similar in function to the Mercury and Apollo escape tower, these rockets will shoot the capsule away from the rest of the spacecraft, potentially saving the occupants' lives in the event of a catastrophic rocket failure.

I'm no pilot, but when I sat in the cockpit of an F-104 Starfighter, it reminded me of a well designed sports car. Every control was exactly where I expected it to be. The instrument panel had the most important displays and controls in the center, the same way many sports car dashboards are built around the tachometer. The farther away from the center you moved, the less important or commonly used the controls were. This was cutting edge techology in 1958 when the airplane went into service.

Today, the instrument panel of the Dragon also resembles the cutting edge technology of its time. Its touchscreen controls do the same thing as the Tesla Model 3's single touchscreen, minimizing physical dials and switches and providing a flexible user interface like a smartphone, tablet, or computer. Touchscreens may seem fragile based on how easy it is to break an iPhone by dropping it, but Tesla's are anything but. YouTuber Rich Rebuilds once pressure washed the touchscreen of a salvaged Model S as a joke, never expecting it to work again. But it did. It's reasonable to expect that the touchscreens in the Dragon are even more robust than in Tesla cars.

Astronauts Robert Behnken and Douglas Hurley are scheduled to make the first manned Dragon test flight later this year on top of the tried and true SpaceX Falcon 9 rocket.

Did the U.S. Air Force Bomb a Rogue SpaceX Booster Rocket?
The Drive
MORE TO READ