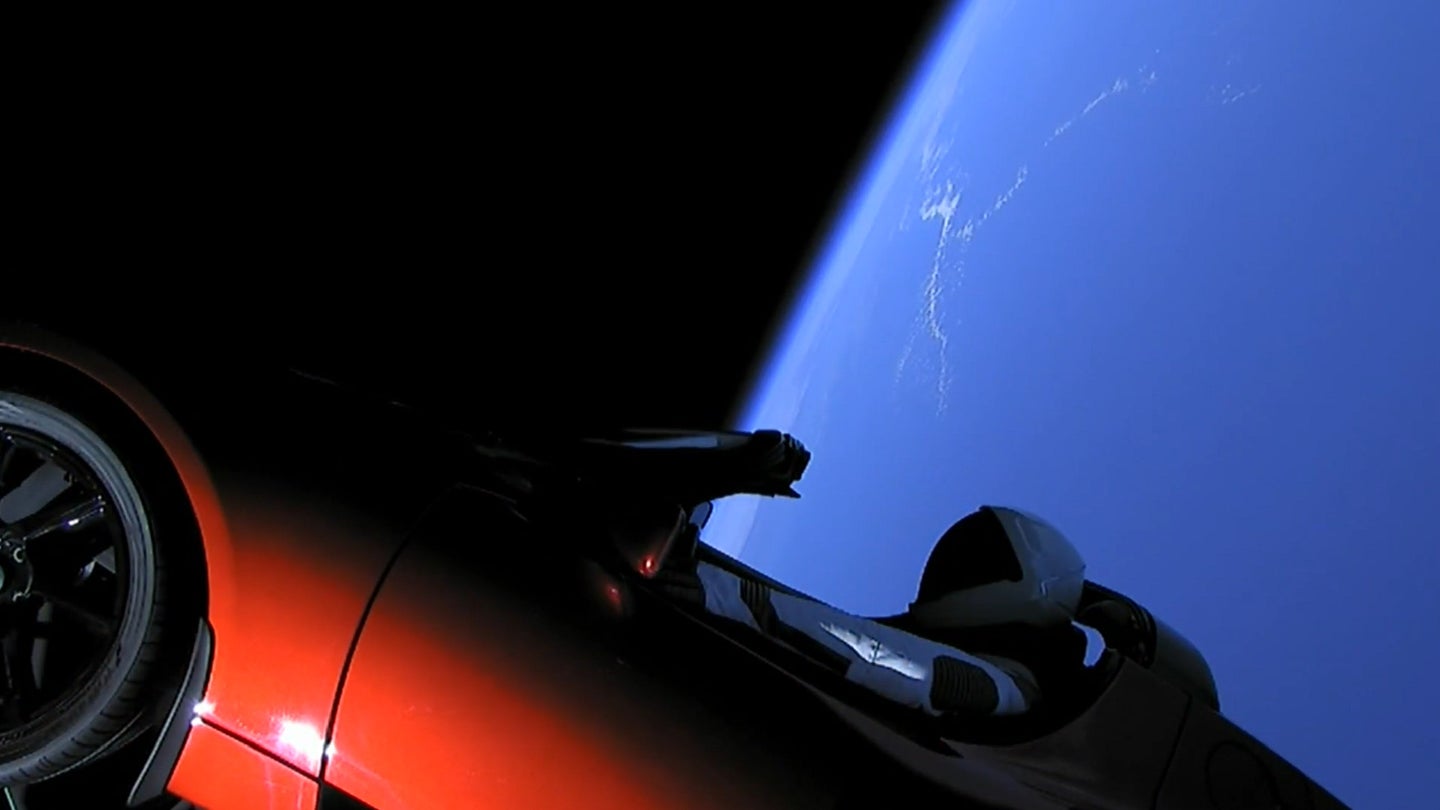 On Tuesday, Feb. 6, Elon Musk's first-generation Tesla Roadster became the first car launched into space, aboard SpaceX's Falcon Heavy, where it will disintegrate in a matter of years.

Meteorologist Eric Holthaus was interacting with Jet Propulsion Laboratories' Horizons system via NASA's Solar System Dynamics interface, and found that the Tesla had its own entry in the database, granting the car the status of celestial object.

The vehicle's entry, comically referring to the space borne Tesla as a spacecraft, details the rocket's full payload, vehicle and occupants (a term used loosely) included, as well as its trajectory into orbit around the sun, near the asteroid belt between Mars and Jupiter.

Payload total weight is an estimated 2,750 pounds (1,250 kilograms), and includes the car itself, a mannequin-filled spacesuit christened "Starman" in the driver's seat, with a scale model of the car and spacesuit within mounted on the dashboard, a la Regular Car Reviews. Also included are a set of the Foundation science fiction books by Isaac Asimov, and a plaque with the names of SpaceX employees, similar to the plaques launched with Pioneer 10 and 11 probes.

While Tesla may have the first car in space, the race is on to be the first private entity to launch a living human beyond the atmosphere, with billionaire Jeff Bezos backing Blue Origin's manned spaceflight program, which may launch a crewed test flight later this year.

Better get those suits ready, Elon.