SpaceX can't say what exactly what the payload was; but if Elon Musk were to tell you, he'd be forced to kill you. 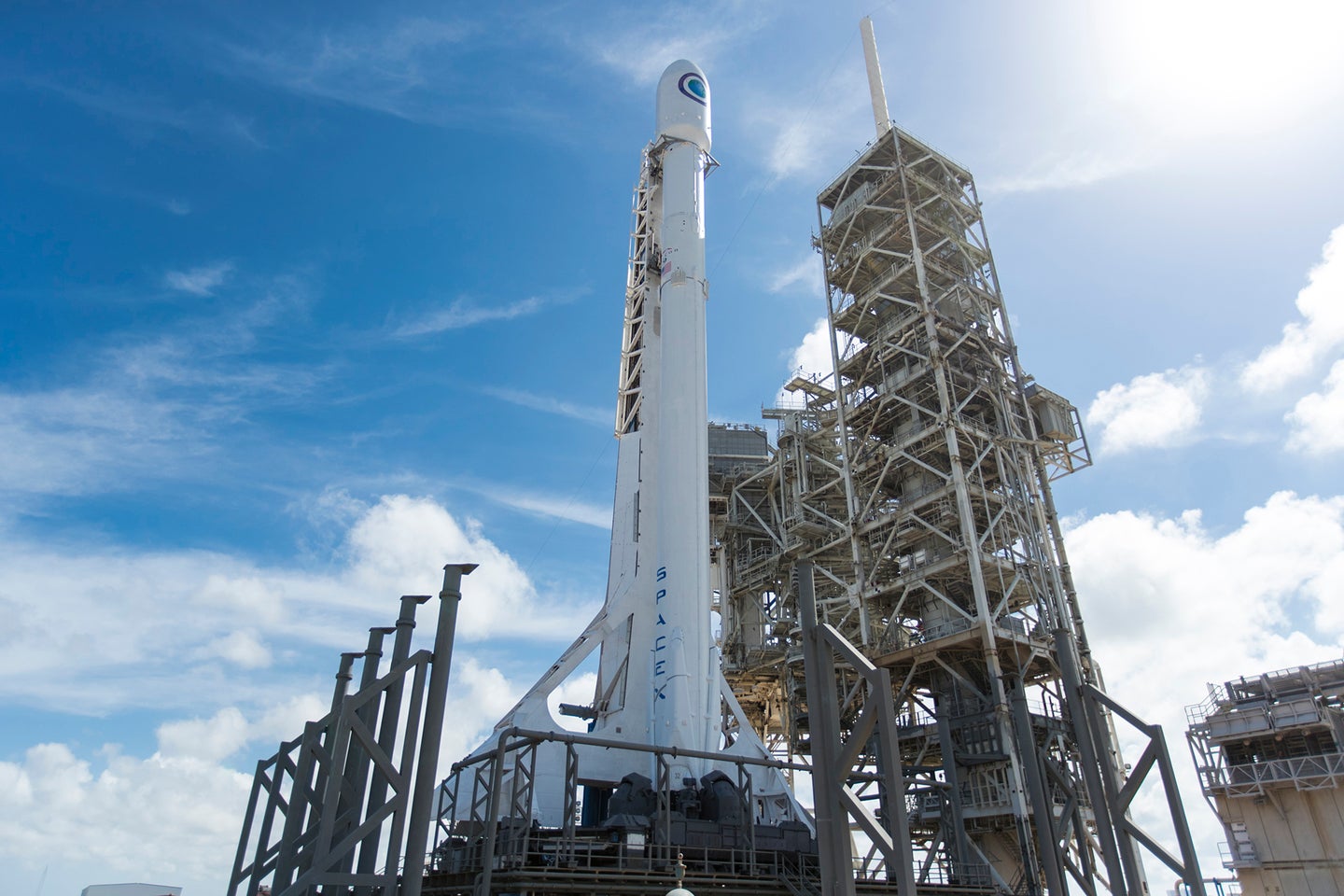 On Monday morning, SpaceX launched NROL-76, presumably a spy satellite, for the National Reconnaissance Office (NRO). Following the launch, the first stage rocket body successfully landed back at Kennedy Space Center. SpaceX can't say exactly what the payload was as it's classified. If Elon Musk did tell you, he'd then be forced to kill you.

This is the first NRO payload SpaceX has launched. The two hour launch window opened at 7:00am EST, but SpaceX could not say in advance exactly what time the launch would happen at. In fact, almost no details about the launch, the payload, the flight plan, or orbit (if there is one) could be made available.

At 7:15am, the rocket was up and away. Though the launch was webcast, the feed was did not show the portion of the flight where the payload fairing is jettisoned. In launches of NRO payloads by others, their live stream would have done dark for the payload fairing separation. But not SpaceX. The live feed was just switched over to the reentry and recovery of the rocket body.

A little slight of hand and misdirection to keep things top secret. Why would you want to watch a spy satellite float, into space when you can can watch a rocket land upright on the ground? Excuse me, I meant to say super top secret mystery payload, not "spy satellite."

We really have no idea what it was that sent up in to space today. It could be a spy satellite. It could be Jimmy Hoffa's body. It could be Hillary Clinton's emails, or Donald Trump's tax returns. All we know is that rockets are cool and SpaceX landed another one.

SpaceX is under contract with the NRO for this launch only, as far as anyone knows. It was the NRO who revealed the contract in 2016, which may have been in place for three years at that point. NRO Director Betty Sapp said in 2016 that "“we’ve bought launches from SpaceX.” It could be inferred as she used "launches" instead of the singular "a launch" that there are more top secret payloads going up with SpaceX down the road.

You could always ask Elon. But if he tells you, he'd then be forced to kill you.

Below is the video of today's super top secret mystery payload launch. Be sure to leave your guess in the comments as to what the payload was.