The Drive’s bargain hunters discovered these things you definitely want. 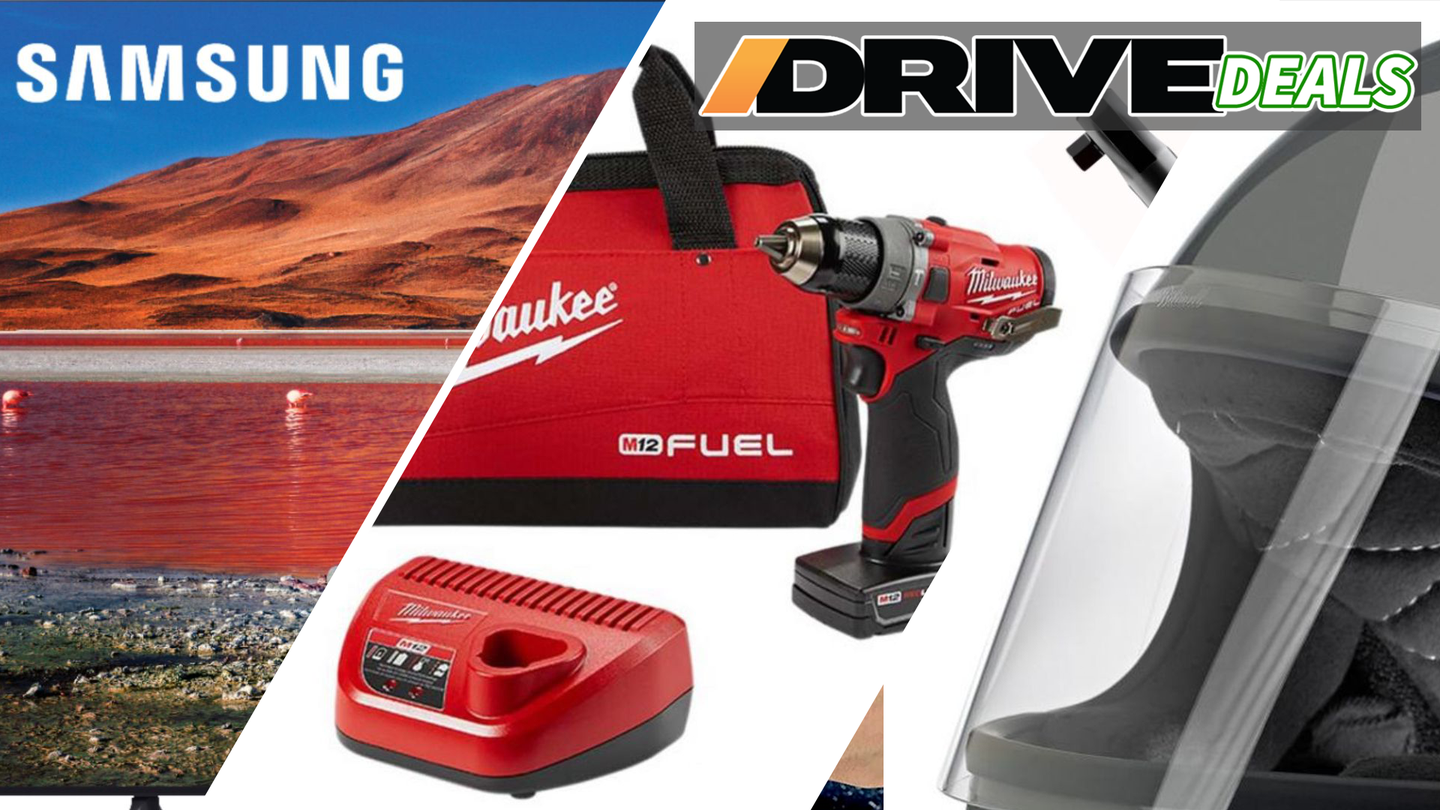 By the end of this week, spring will officially have started, and the significance of spring isn't lost on us here at The Drive. It's a time when motorsport series, like F1 and MotoGP, kick off and many motorcyclists hit the road again after their winter hibernation. With this in mind, we've found some spectacular deals on TVs for you to watch the latest season of Drive to Survive or Amazon Prime's MotoGP Unlimited (which gets released today). We've also probably included more motorcycle riding gear than we've ever put in a Deals post - thankfully there's a St. Patricks Day sale on at RevZilla right now.

Among the most impressive deals today: A retro helmet with modern safety features, and fantastic savings on a Milwaukee M12 cordless kit.

It's springtime and the hills are alive with the sounds of... roaring motorcycle engines. Finally, the weather has improved enough for many bikers around the country to get back on the roads. What better way to celebrate throwing your leg back over than with a new helmet. Pick up the Biltwell Gringo S ECE Helmet for just $129.99 at RevZilla, saving you $89.96. This helmet is dripping in 70'S F1 style, but its safety protection is anything but dated. Its injection-molded ABS outer shell and expanded polystyrene inner shell mean this helmet is both DOT and ECE approved. This writer is seriously considering hitting 'add to cart', as I don't know when I'm going to see 41% off such a stylish, yet protective, helmet again anytime soon.

The first step toward tackling the heavy-duty DIY jobs or automotive upgrades you've planned for the year ahead is getting the right tools on hand. If you pick up the Milwaukee M12 Fuel 12-Volt Li-Ion Brushless Cordless Hammer Drill and Impact Driver Combo Kit (2-Tool)w/ M12 3/8 in. Ratchet at Home Depot. This kit is on sale right now for $199, saving you $150 or 43-percent. The 12-volt motor in these products delivers up to 35-foot-pounds of torque, opening up a world of projects for you to conquer this year. This is also a great way for you to break into the Milwaukee ecosystem, which features over 100 tools.

Up to 15% off Motor Oil from Pennzoil at Amazon

Cleaning Gel for Car for $5.94 at Amazon

It’s getting crazy out there. You’ll need these to remain calm.

Spring is almost upon us. Let’s make sure you’re ready for it.

The Drive’s bargain hunters discovered these things you definitely want.