The car makes xylophone-like chimes, which is not a sentence I ever thought I’d write. 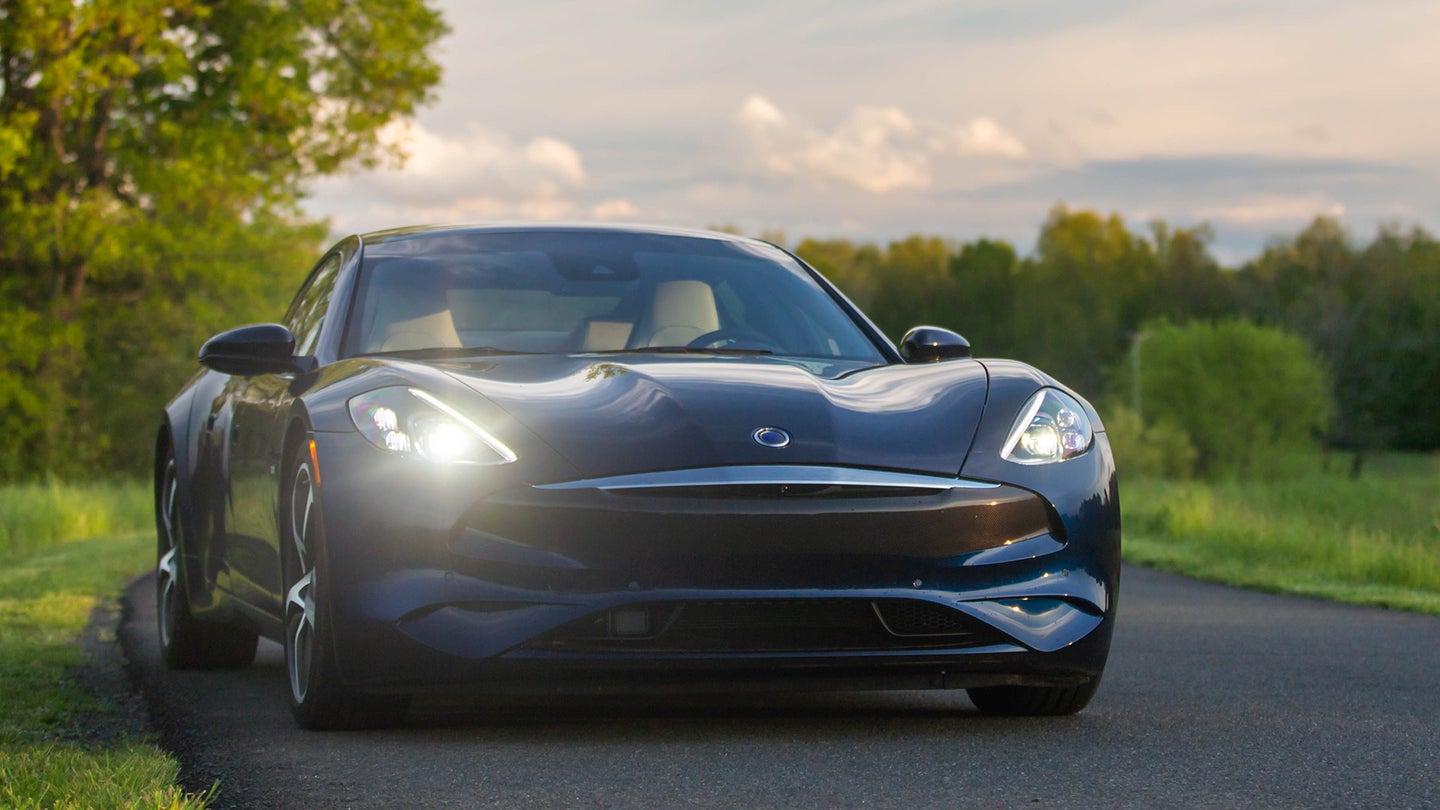 The 2021 Karma GS-6 is a gorgeous hybrid sedan. You can tell it prioritizes design over almost everything else, especially once you sit inside it. The interior is stylish as heck, particularly when upholstered in the black-and-white motif as the GS-6 Karma loaned me was. But beyond the obvious visual treats is an audible one. I didn't expect to write about the noise a near-silent hybrid car makes, but turns out it does do a good noise. Just not from where you'd think.

It might seem strange for something like the GS-6 to have paddle shifters at all, but they aren't there for upshifting or downshifting like in traditional cars. Rather, the left-hand paddle controls whether the car is in Stealth, Sustain, or Sport modes, while the right-hand paddle controls the three regen settings, depending on how aggressive you want them to be.

And each time you pull one of those paddles, the action is accompanied by a soothing, xylophone-like chime. Check it out:

They're the same three notes on either side and to my very rusty ear, it sounds like those notes are G, G sharp, and A sharp. (You can check my work here.) And if you pay especially close attention, it sounds like the left-hand noises trail off a bit longer than the right-hand ones, probably to establish some sort of audible difference.

Why those particular notes? Perhaps they were the basis of a nice chord progression or something? I reached out to a Karma representative for answers. And while they were unable to dig up anything specifically related to my queries, they told me the sounds are meant to "emote a California vibe." The rep also believes Karma worked with Arturia, a French audio company, to create the chimes and notes.

This was a really pleasant feature. The designers could have easily gone with no noise at all. But instead, they assigned a neat little sound to a small corner of the car. If you haven't already, check out my recent Karma GS-6 review here!

Got a tip? Email kristen@thedrive.com

Long, low, and swoopy, the Karma GS-6 looks like a sedanified Dodge Viper.

Karma is Betting on Lower Prices To Sell More Cars