Is this the metaverse? 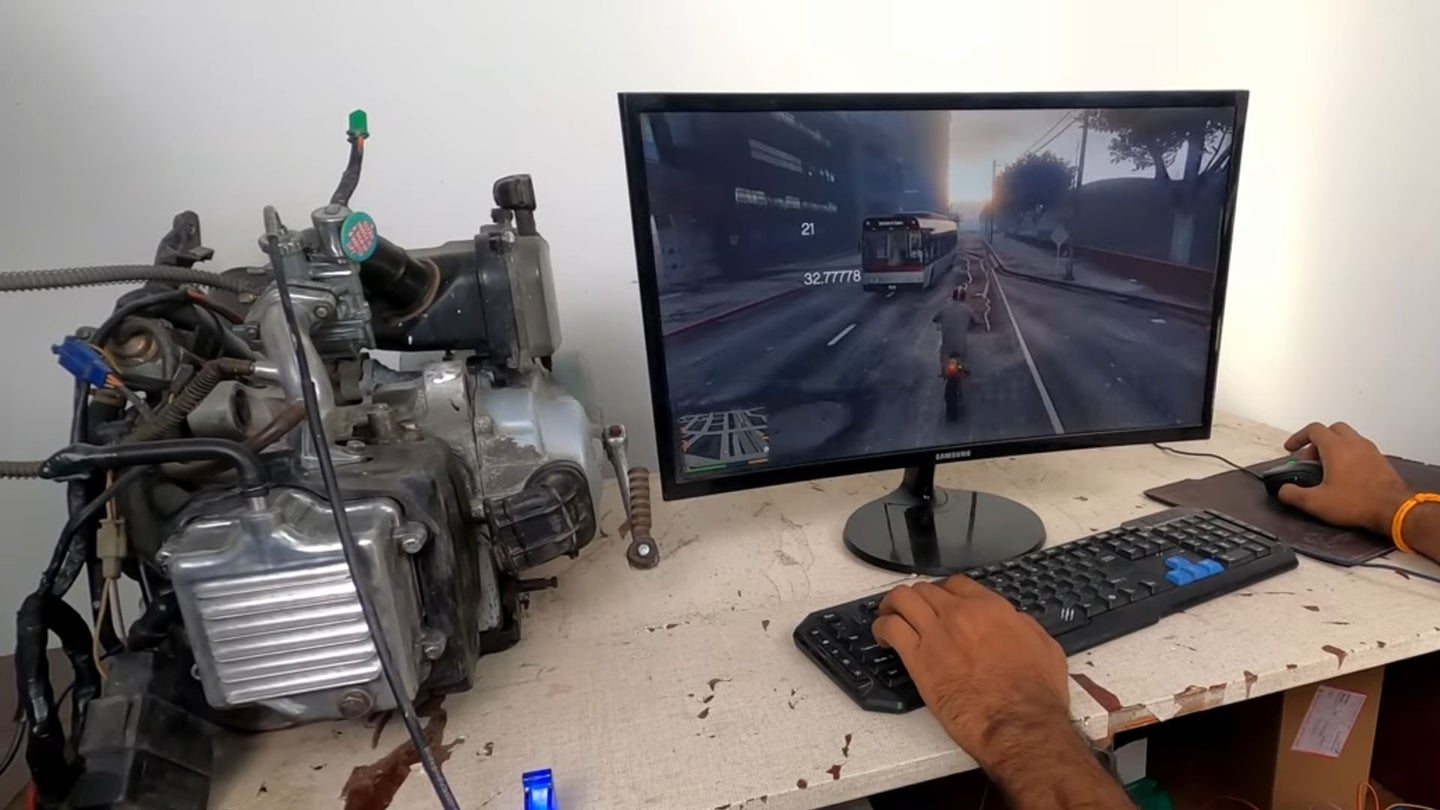 Immersion is all the rage in modern video games—it seems like everything's compatible with a VR headset now. More and more, the world of software is trying to create its own reality. Aside from some "metaverse" malarkey, there are other, simpler ways to make get more immersed in a digital experience. You could buy a nice set of headphones, perhaps a new monitor, or maybe just mount a motorcycle engine on the desk next to you and link it to the throttle of the vehicle you're driving in-game. Simple things like that.

The latter is what one tinkerer named Jatin did for his YouTube channel, Teenenggr. He rigged it up for playing Grand Theft Auto V, which was released all the way back in September of 2013, believe it or not. Jatin seems pretty well-versed in projects like this, so making it happen was likely a simple exercise in Arduino for him. When he holds down the W key, the engine revs. When he releases it, it makes its way back down to idle speed.

The engine starts out with a muffler, but later when he switches to an ATV, he removes the exhaust system completely and the effect is more pronounced. Needless to say, the engine shakes everything off his desk and makes a serious racket. Again, extreme immersion. Nothing quite like it.

I reached out to Jatin to see how he avoided death via carbon monoxide poisoning, and he said he used an exhaust fan to vent the emissions from the engine and was wearing a "good mask" when he filmed the video. I'm assuming he tried this with a motorcycle engine first because mounting a car engine to his desk would've been more difficult, but that's something I'd definitely want to see. Get a stronger desk, mount a small-block Chevy to it, and get that GTA 5 knockoff Corvette revving to the sun. Jatin says that's unlikely, though. He enjoys making these sorts of things to get a diverse taste of immersion, so he's looking for different projects now rather than sticking with the engine theme.

So a big V8 isn't likely, but Jatin says more experiments like this one are on the way. In the past, he's done everything from insanely powerful controller rumble to in-game recoil that literally pulls the mouse out of your hand. You know what? Forget VR. This is much more like it.

“You deserve a five-star wanted level just for getting in this thing.”