Designers can simultaneously work on 3D models with the technology, no matter their location. 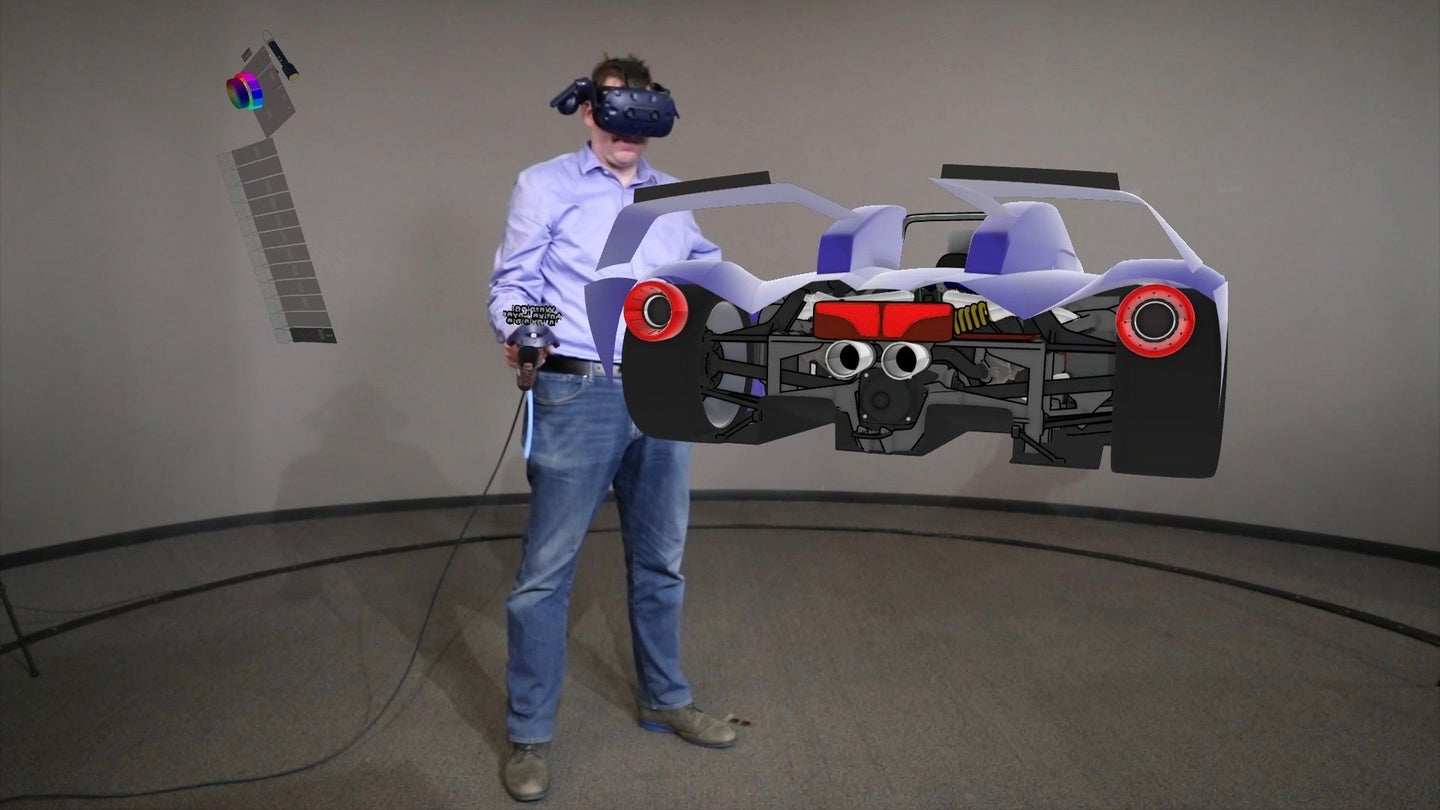 Ford recently partnered with Gravity Sketch to bring virtual reality into the car design process. Now the Blue Oval is highlighting one of the ways it plans to use the trick tech. Ford worked with Gravity Sketch to develop a feature called Co-Creation, which allows designers on different continents to work on a vehicle simultaneously, in real time.

Consumer tastes vary by region, Ford noted, so collaboration between regional design studios is important to ensure cars sell well in multiple countries. But collaborating can be difficult when designers are separated by oceans. Regardless of where they are physically located, Gravity Sketch puts designers into the same virtual room, with the same virtual car, so they can easily work together.

"The Co-Creation feature adds more voices to the conversation in a virtual environment, which results in more efficient design work that may help accelerate a vehicle's development," Ford design manager Michael Smith said in a statement.

Gravity Sketch allows designers to view and manipulate a virtual 3D model. It's not the only virtual reality system being marketed to car designers (Ford previously used Microsoft's HoloLens, for example), but Ford claims it's better suited for the job than other systems. Gravity Sketch features a controller that acts like a pen, allowing designers to easily draw lines in virtual reality to create a car and make changes as they go. Other automakers are experimenting with VR car design, but Ford claims to be the first to use Gravity Sketch.

Ford expects virtual reality to save heaps of time, helping to trim down the design process from weeks to hours. Currently, designers start out with 2D drawings that are then converted into digital 3D models. Gravity Sketch allows designers to skip the 2D part of the process, according to Ford, because they can draw a new car in three dimensions from the beginning. The time savings afforded by virtual reality mean more 3D representations of a car can be evaluated, giving designers more opportunities to tweak and massage the styling.

Ford claims "dozens" of interior and exterior designers at five of its global studios are currently experimenting with Gravity Sketch. The automaker is eager to claim potential benefits of technologies like virtual reality and 3D printing, although its applications of those technologies have been relatively small scale so far.