The current deal with Oshkosh Defense includes up to 165,000 vehicles, but only 10 percent are slated to be electric. 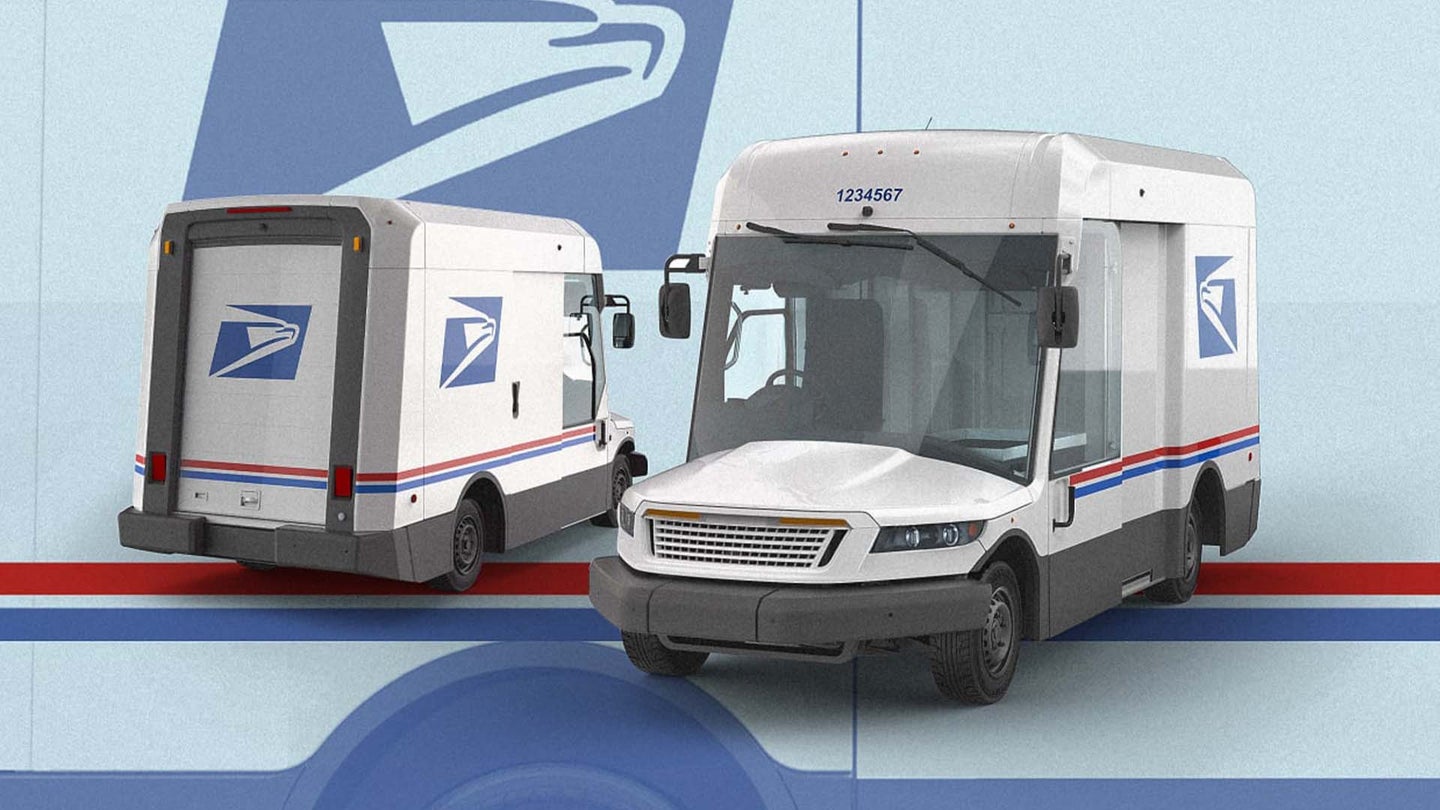 If you'll remember, a contract was agreed on in February 2021 that meant Oshkosh Defense would supply the United States Postal Service with up to 165,000 new mail trucks. These specific high-roofed vehicles were picked from a field of entries; in short, the USPS found them to be the best fit to replace its aging Grumman LLVs. However, only about 10 percent of these new trucks are planned to be electric, which has the Biden Administration urging the Postal Service to reconsider, as the Washington Post reports.

“The Postal Service’s proposal as currently crafted represents a crucial lost opportunity to more rapidly reduce the carbon footprint of one of the largest government fleets in the world,” writes Vicki Arroyo, the Environmental Protection Agency's associate administrator for policy.

This contract with Oshkosh Defense is could cost the USPS about $11.3 billion over the next decade, which is a lot for a firm that's already $206.4 billion in debt, as WaPo also writes. That enormous deficit was cited by Postmaster General Louis DeJoy when he was asked why the USPS didn't order more battery-powered trucks in the first place—it couldn't afford it. An upcoming House vote could wipe away much of the Postal Service's debt, though as a USPS spokesperson told WaPo, “The law requires the Postal Service to be self-sufficient."

“This action will lock in highly polluting vehicles for at least 30 more years (beyond 2050) and is inconsistent with national, and many state and local goals for GHG emissions reductions,” Arroyo added.

The Biden Administration has a plan in place to electrify the government's fleet of 600,00 cars and trucks, cutting its carbon emissions by 65 percent come 2030. This USPS contract with Oshkosh Defense doesn't fit in with that plan, clearly, as the new mail trucks apparently aren't all that fuel-efficient, even by existing standards. WaPo claims they return 8.6 miles per gallon with the air conditioner running.

“We are carefully reviewing EPA’s most recent letter, to determine if any new matters have been raised that have not already been thoroughly addressed in our prior responses to the EPA, and that might therefore warrant further consideration,” Kim Frum, a Postal Service spokeswoman, said in a statement.

It's hard to say how much flexibility the USPS has in its contract with Oshkosh, but one thing's for sure: its current trucks need to be replaced. Not only are they dirty from an emissions standpoint but they also pose a serious fire risk, which isn't something you want when carrying other people's mail. The discussion has dragged on publicly for six years, and who knows how long before that internally.

Ford Will Make Engines and Transmissions for New USPS Trucks

The Blue Oval will supply components to Oshkosh Defense for the Next Generation Delivery Vehicle.

Here’s Why the New USPS Mail Trucks Look So Weird

It might look funky, but there’s a good reason.

The trucks will autonomously haul mail on a 1,000-mile route between USPS distribution centers in Phoenix and Dallas.