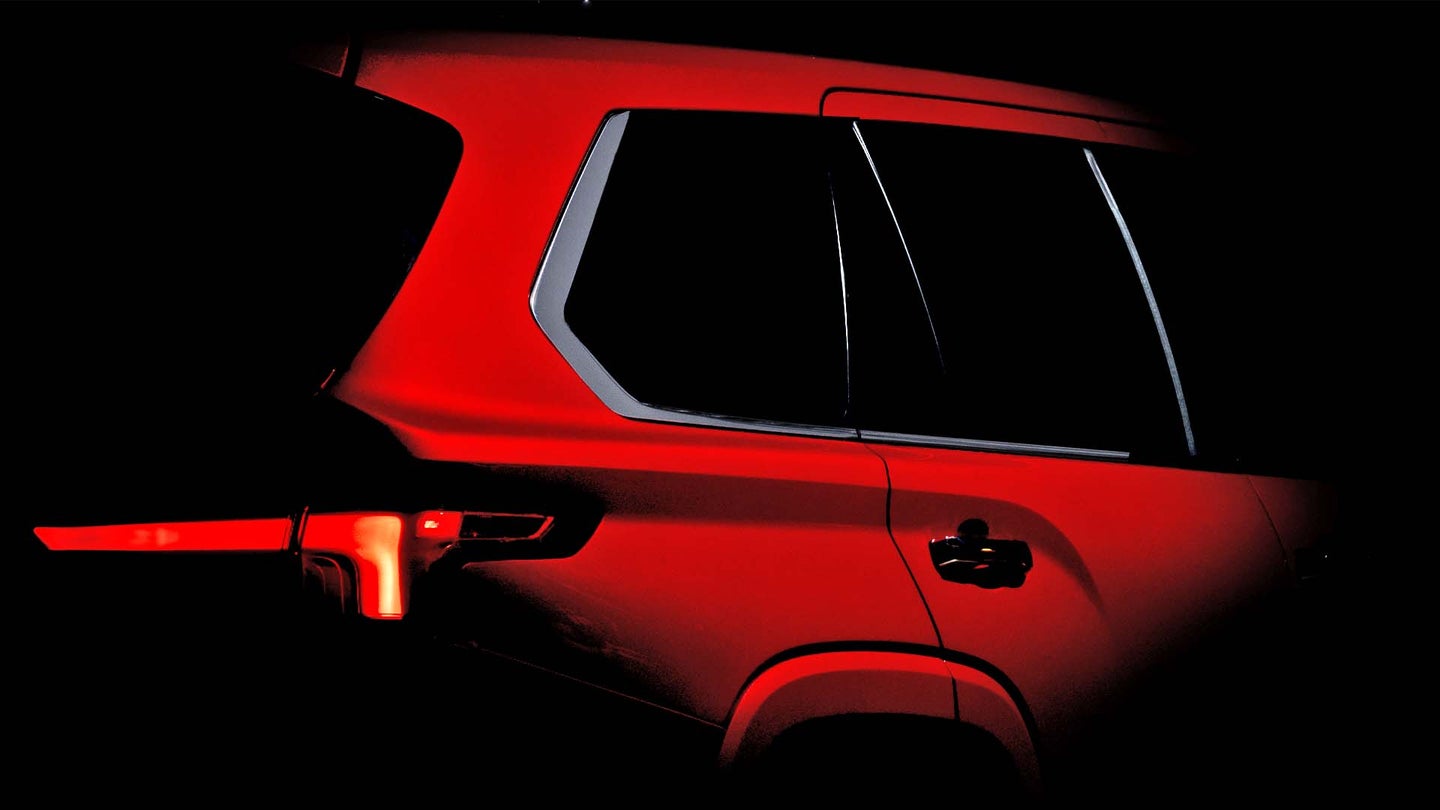 The Toyota Tundra is finally new again after roughly 15 years, so it only makes sense that the Sequoia gets made over as well. The two trucks have long shared a platform and now that the Tundra rides on Toyota's new TNGA-F architecture, it's time for the SUV to catch up. Handily, the Japanese automaker teased what it's calling the "next big thing" on Tuesday morning, and a shadowy image shows what may very well be the next-gen, three-row Sequoia.

There aren't any confirmed details from Toyota regarding the upcoming family hauler, though it'd be wise to expect a lot of carryover from the Tundra. That includes the aforementioned new platform, which also underpins the 300 Series Toyota Land Cruiser that we don't get here. Pair that with Toyota's 3.5-liter twin-turbo V6 and the Sequoia could be a heavy-hitter, ready to fight the Chevy Tahoe and recently updated Ford Expedition.

No word yet on whether it'll have an available hybrid powertrain like the Tundra, though if it does, it'd set it apart from the rest of its rivals. That might be asking a lot of the new Sequoia, at least at launch, and Toyota could feel like it's doing enough since the outgoing rig has been around since *checks notes* 2007. Even still, the gas-only twin-turbo V6 makes 389 horsepower and 479 pound-feet of torque in the Tundra, which isn't what I'd call weak.

We'll have to wait and see the rest of this new SUV when Toyota takes a picture with the lights on. With a quick adjustment of the shadows in Photoshop, you can see a sharp crease that starts on the back doors and makes its way to the rear quarter panel. Also, peep the color-matched flared fenders.

An official reveal date has yet to be announced, though it's likely coming soon.