The First Lady of American open-wheel racing is and was loved for her contributions to motorsport, education, and most importantly, humanity. 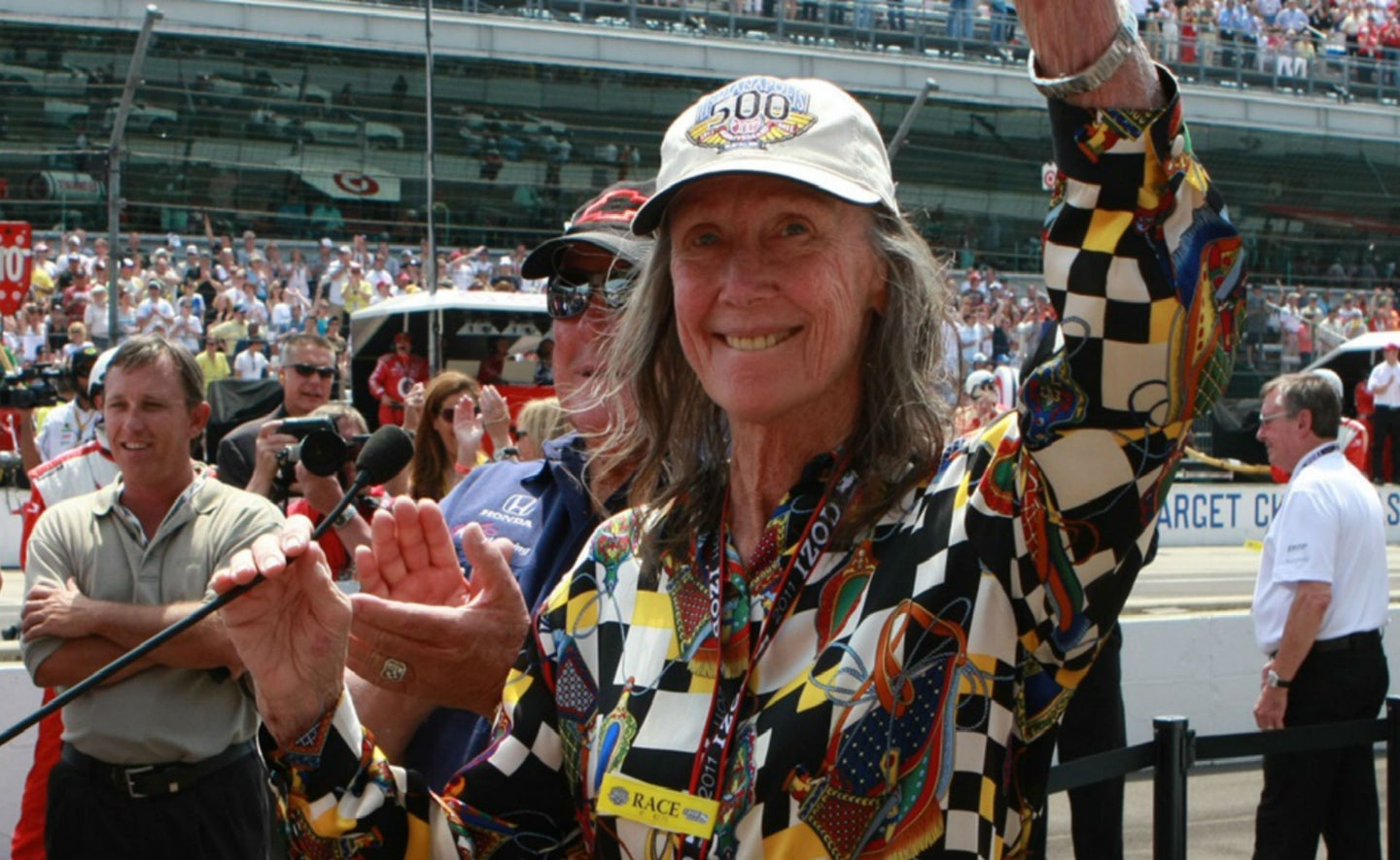 Mari Hulman George, the woman who long served as head of the family that runs Indianapolis Motor Speedway and carried on its tradition from WWII on, has passed away at age 83.

IMS revealed the news in a public statement, saying that Hulman George died in Indianapolis with her loved ones by her side.

"Our mother was such a unique, wonderful person," Tony George said in a statement. "She loved her family, friends, auto racing, and animals with equal passion. She was a quiet pioneer in so many ways, from owning a race team in the 1950s and 1960s to overseeing a period of tremendous growth and evolution while chairman of the board at IMS. She was known by millions as the woman who gave the command to start engines for the Indianapolis 500 and other events at the Speedway, but her true legacy will be the generous and kind philanthropy she learned from her parents."

Hulman George served many executive roles during her time in racing, as mentioned by her son, including a stint as IMS chairman from 1988 through 2016. It was her father, Anton "Tony" Hulman Jr., that saved Indianapolis Motor Speedway from destruction following the Second World War. She supported her family's efforts and made them a priority throughout her life while also acting as the beloved face of "The Racing Capital Of The World."

Her various efforts were not only respectable for their stature but also her commitment to them over time. She co-owned an Indianapolis 500 entry in 1962 and 1963 that was driven by her husband, Elmer, who was a Midwest Sprint Car champion. She built up lasting relationships with many of the drivers including Tony Bettenhausen and "Super Tex" A.J. Foyt, the latter having placed a commemorative golden brick on the IMS start/finish line alongside Hulman George in 2011 to celebrate the centennial anniversary of the Indy 500's inaugural running.

She spurred the initiative for numerous philanthropic endeavors and lovingly supported the Indiana Special Olympics as well as multiple educational endeavors.

"Mrs. George was committed to the long-term health of the Indianapolis Motor Speedway as a treasured Indiana asset, and her stewardship as chairman set the tone for staff and others involved with IMS," said J. Douglas Boles, president of IMS.

Her legacy is still held highly by modern racers such as fellow Indiana native Tony Stewart who expressed his condolences on Twitter after hearing the news of her passing.