The wildly styled Tesla Cybertruck has been delayed again, per a new Reuters report. This would push the electric pickup's production deadline back, meaning it'll launch four years after its reveal if this new date sticks.

According to a source familiar with the matter who spoke to Reuters, the Cybertruck will be delayed until at least the first quarter of 2023, nearly a year and a half past Tesla's initial first-delivery estimates. Production will reportedly still be subject to a ramp-up, meaning that assembly may begin in limited numbers before coming into full swing.

This news may come as no surprise to those who have been eagerly awaiting when their $100 Cybertruck deposit will turn into the real deal, which Tesla claims will start at $39,900. The automaker first pledged that the Cybertruck would roll off the production lines beginning in 2021, and its larger-than-life tri-motor truck would join the lineup the following year. By August 2021, Tesla quietly moved all Cybertruck production to 2022 via a blurb on its reservation page

A few days prior to the website change, Tesla's Vice President of Vehicle Engineering Lars Moravy announced that the Cybertruck wouldn't take priority over the Model Y's production ramp-up at Gigafactories in Texas and Berlin, Germany. Recent reports suggest that Giga Texas has only recently begun to ready its production lines for Model Y assembly, meaning that the Cybertruck is indeed some time away from being built.

The actual reasoning for the delay remains publicly unknown. It's not clear if production has been postponed due to the pending completion of Gigafactory Texas, or if it could be related to the global semiconductor shortages and ongoing industry manufacturing challenges. Perhaps more realistically, Tesla's new ultra-dense 4680 battery cells may not yet be ready for prime time, meaning that the automaker has work to do before the heavy truck can meet its stated range goals.

The Drive could not reach out to Tesla to verify or contest the claims as the automaker dissolved its communications and public relations department some time ago. CEO Elon Musk says that he will communicate an updated product roadmap to shareholders on the next Tesla earnings call, which is slated for Jan. 26. 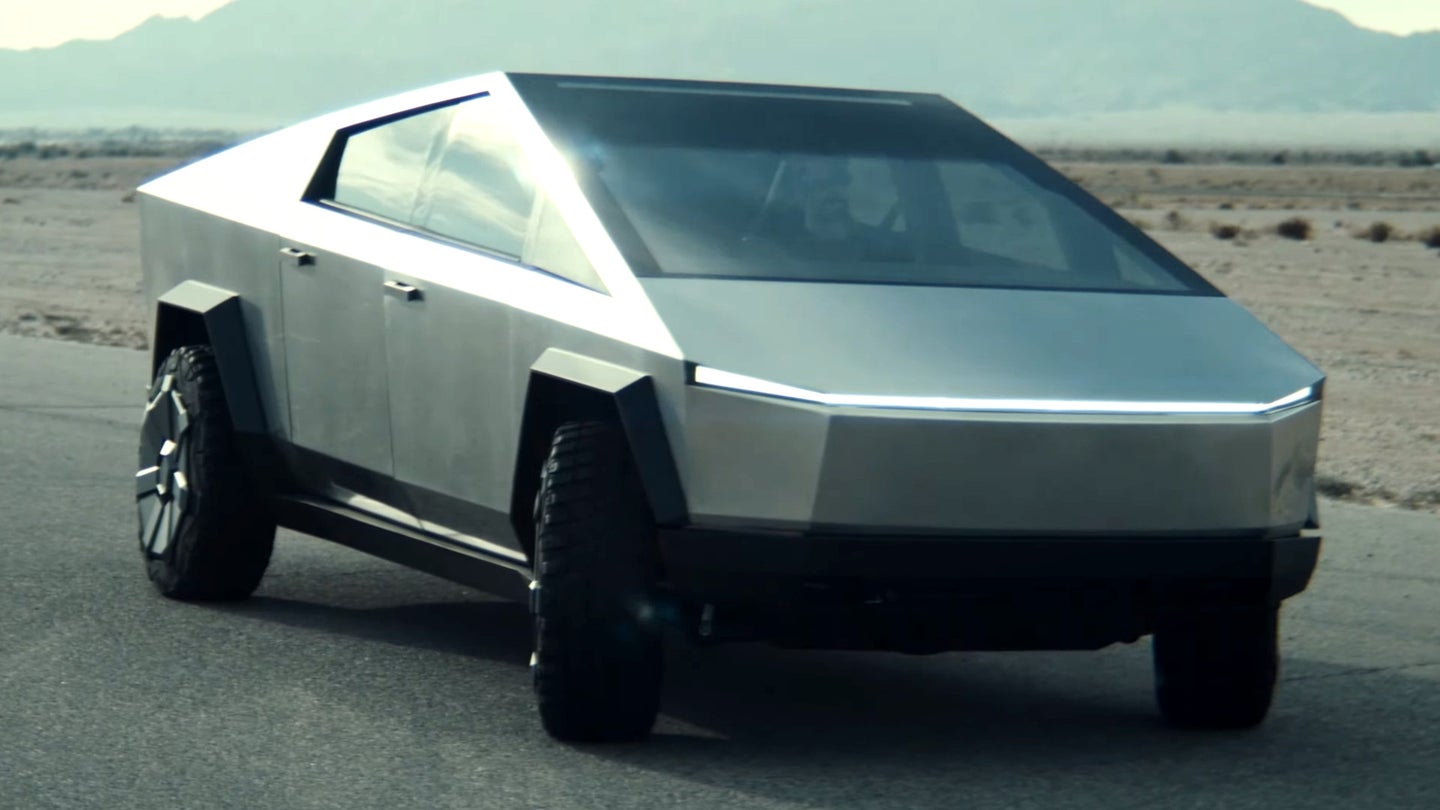 It could hint at further delays to the company’s electric pickup. 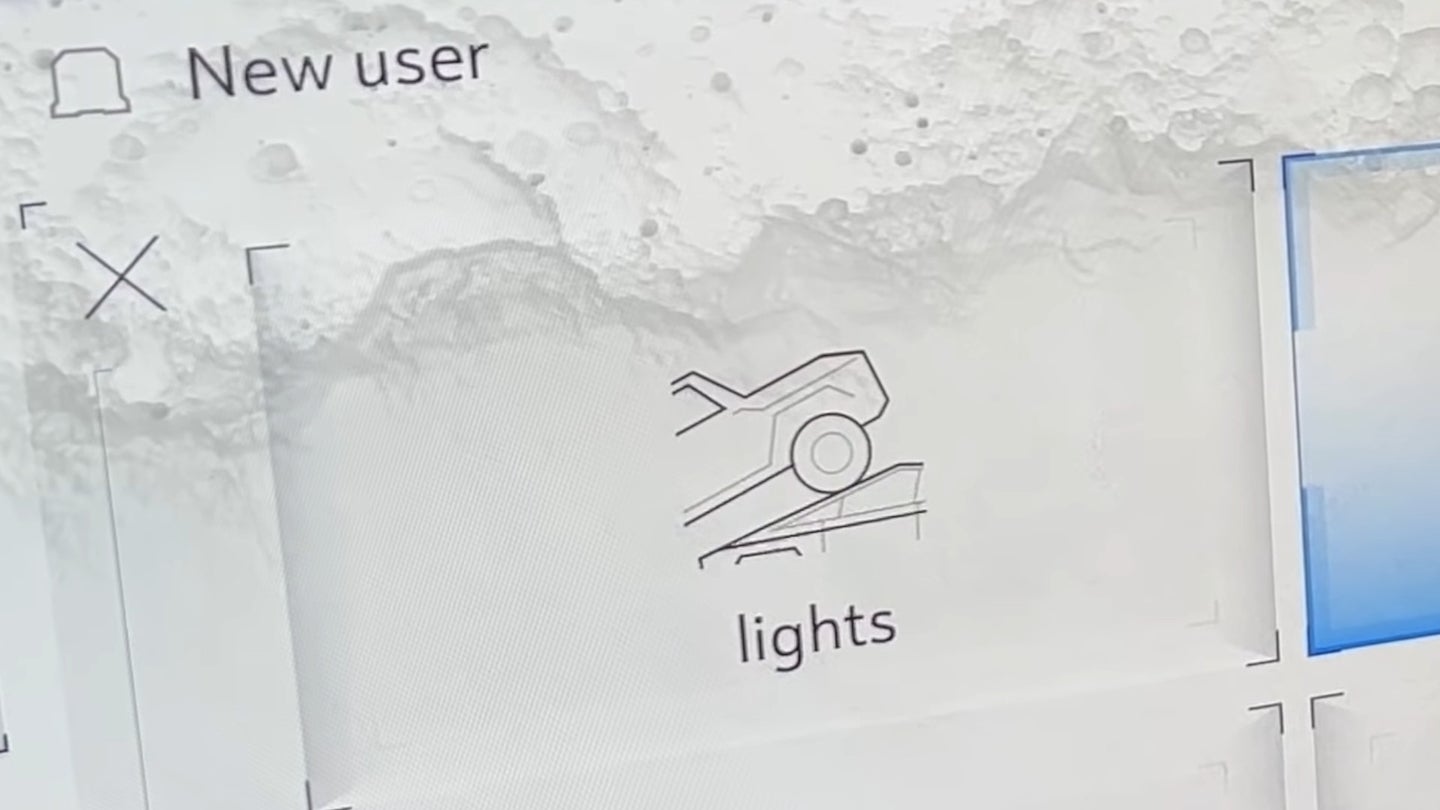 The sneaky little joke from GMC is buried in the infotainment system. 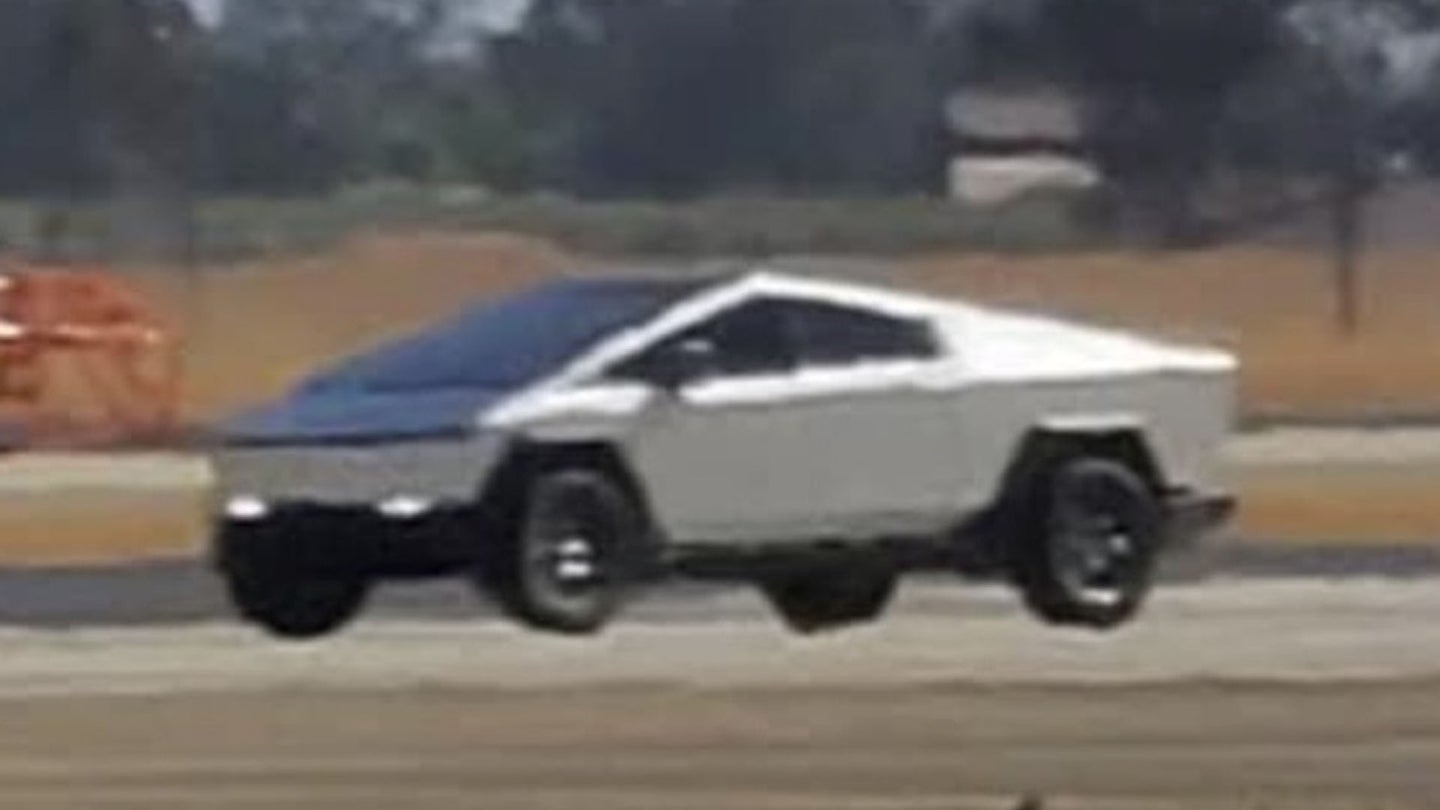 Tesla Cybertruck Prototype Spotted With Mirrors and Other Updates

A Cybertruck was recently spotted with mirrors, windshield wipers, and four-wheel steering.