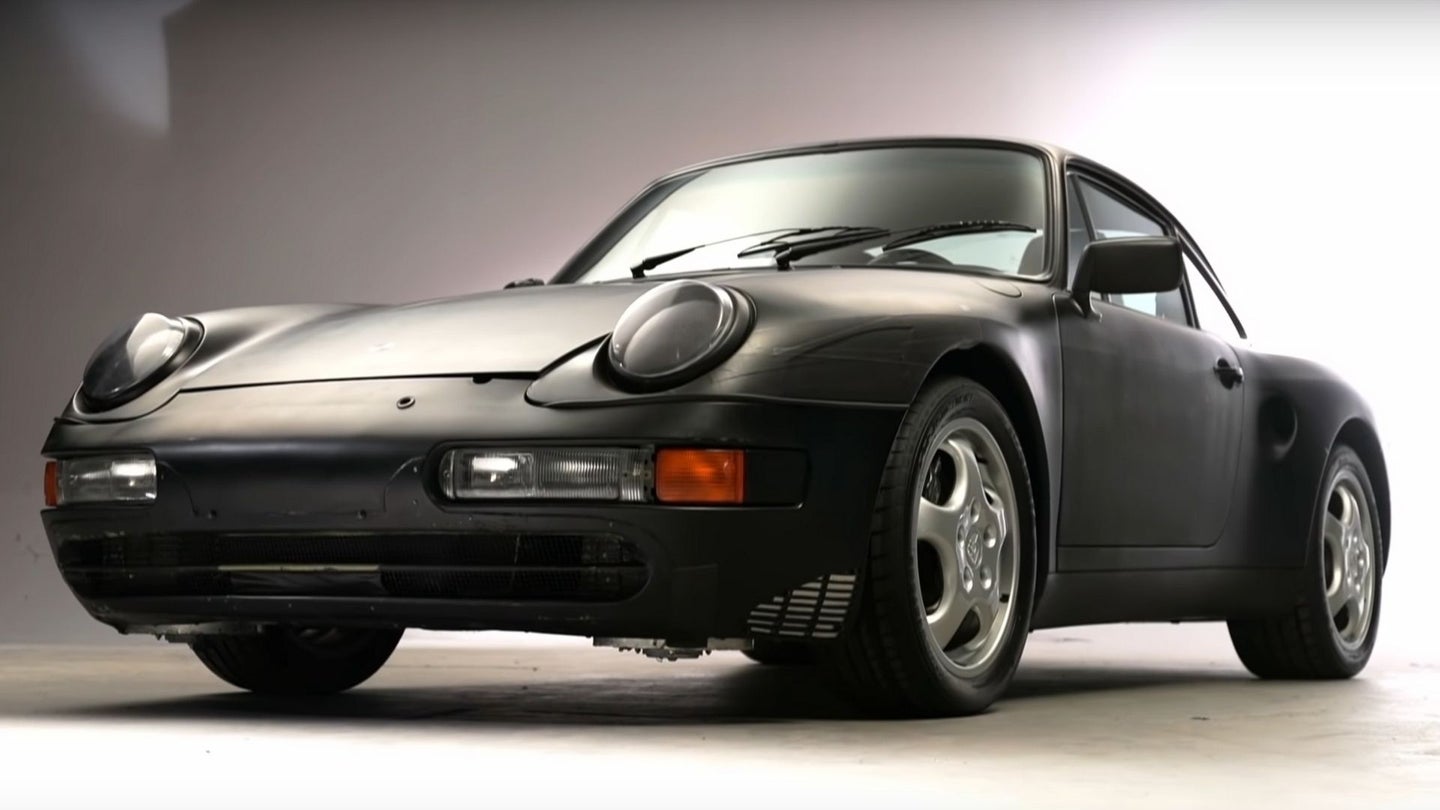 Inside the super-modern steel-and-glass building of the Porsche Museum in Stuttgart, Germany sits the “Black Bomber,” which is the last remaining prototype of the 965 model. Intended to sit between the Porsche 911 Turbo and 959, the 965 was envisioned to contain a water-cooled V8 in the rear.

Known for its flat-six engines, the German automaker went down the V8 path and called this car the 965 internally. According to YouTuber Lee Sibley of 9Werks TV, Porsche built 16 prototypes of the 965. However, the project was shelved due to high development costs, and only the Black Bomber remains.

Porsche’s impressive-but-pricey 959 was to be supplanted by the 965, which was designed to be better aligned with the average Porsche buyer’s budget. It included some 959 features, like a self-leveling suspension and four-wheel drive. The goal: ultra high performance and still affordable. That’s a big ask.

Inside the G-body prototype, an engineer had made some notes about the heat system; it’s still displayed on the dash. At each point, the 965 looks like various Porsche models with influence from the 993 and 928 along with the overall 959 shape.

Development costs began to spiral past a comfortable point for Porsche bean counters, and in the end, the 965 project was shuttered in December of 1988 by then-CEO Ulrich Bez. It wasn’t a total loss, however. Later on, the 965 mule was used for the continuous exploration of water cooling with a rear engine design, with a particular reference to thermal efficiency, Sibley says in the video.

And ultimately, with a look toward the future of water-cooled Porsche models, the 965 showed what was possible on the 911 platform. Vintage Porsche models from this era are selling for big bucks, more now than ever. Meanwhile, this prototype is now irreplaceable and thus priceless.

Yes, someone really tried to race a VW Beetle-based beach buggy at the 1970 24 Hours of Daytona. And they almost got away with it…