Reports Claim 18-Month Wait for the 2022 Toyota Tundra. That’s Not the Full Story

It depends on where you live and, more than anything, which Tundra you want. 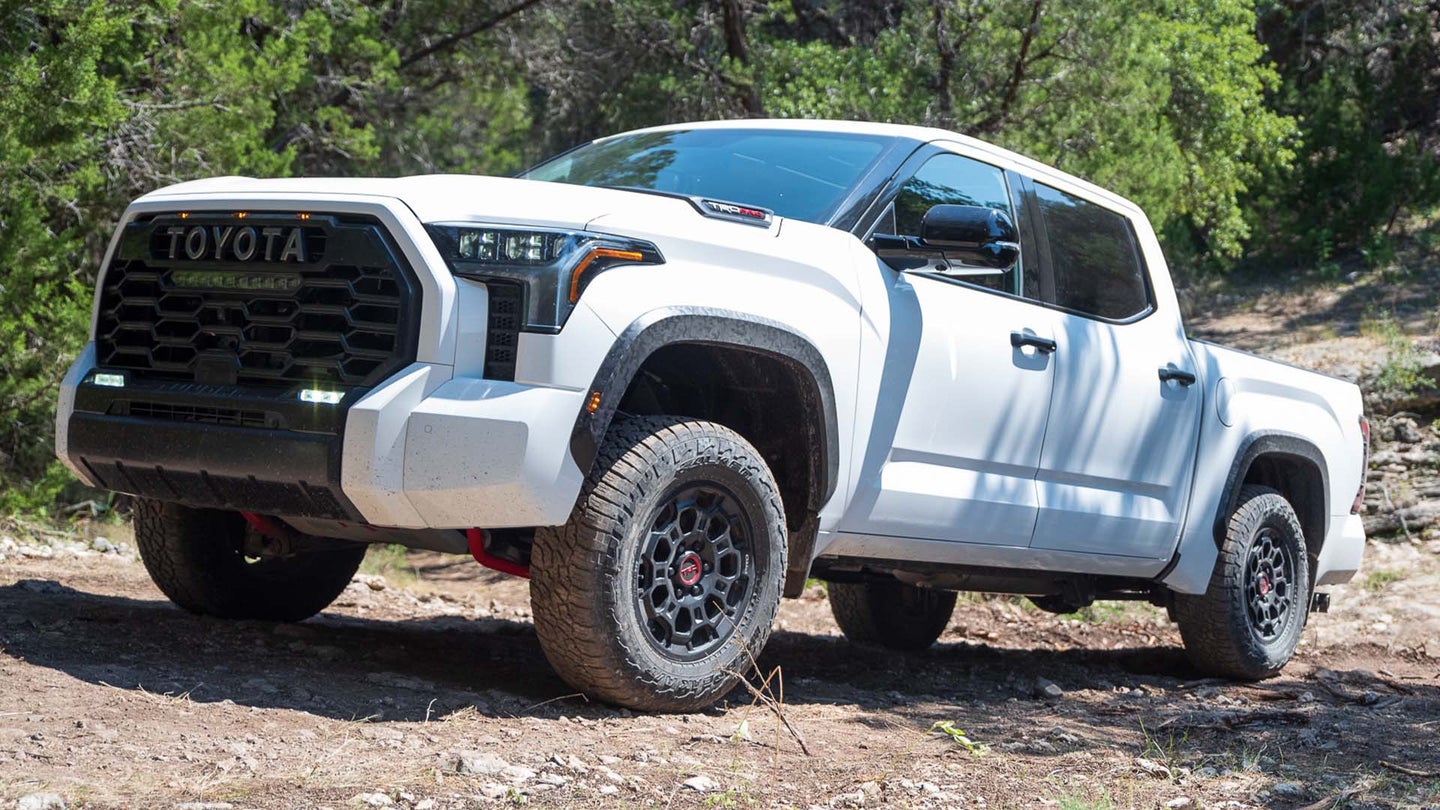 Like most new vehicles released during the current supply chain crisis, the 2022 Toyota Tundra is seeing delays. Therefore, it'll likely be delivered to customers later than expected. Some outlets have reported that these delays could stretch on for as long as a year and a half, but it's a lot more nuanced than that. According to Toyota, the delays referenced are region-specific and not necessarily representative of the entire country's situation.

Speaking to The Drive, a spokesperson for the Japanese automaker offered greater context as to what's actually going on with deliveries. Yes, high-trim models will be farther out than other trucks. Many of these long wait times are specific to certain areas of the United States, though. "This article is very specific to the Southern California region," the spokesman stated, referring to Motor1's post on the topic, which cites CarsDirect. "Availability and timing will vary by region."

The Toyota rep explained that he couldn't speak specifically to the California dealership's situation that was referenced in the original report. However, they did say that the longest wait times mentioned have already been noted by Toyota; trucks equipped with the more powerful hybrid powertrain won't be delivered until the spring of 2022. As such, any reported delay that lumps this into the waiting period isn't telling the whole truth. "We have always noted those units won’t be on sale until the spring," the spokesman said. "So nothing has changed [with] the i-Force Max trucks."

To be clear, CarsDirect claims to have spoken with a sales representative from Longo Toyota in California. The sales rep allegedly stated that wait times strictly for TRD Pro models could range anywhere from nine to 18 months, not specifying the aforementioned timeframe Toyota has already laid out. When that's taken into account, nothing seems to have actually changed. So yes, the supply chain issues are real, but Toyota has already touched on that.

Also, the delay for regular non-TRD Pro trucks at Longo Toyota is said to only be in the range of four to nine months, as per CarsDirect's reporting. On top of this, Toyota explains units of this truck are expected to arrive at dealerships before 2021 ends. That means some buyers could be getting their trucks within 60 days.

As it seems with every new car and truck coming out these days, delays are going to be a factor with the new Tundra. However, in this case, they're largely region-specific and will vary depending on where you live. In the absolute worst case, some Tundras may arrive over a year late. With the supply chain seemingly healing, though, it's unclear if that will stay the case.