Sonar located the Mercedes C-Class and police are currently investigating the situation. 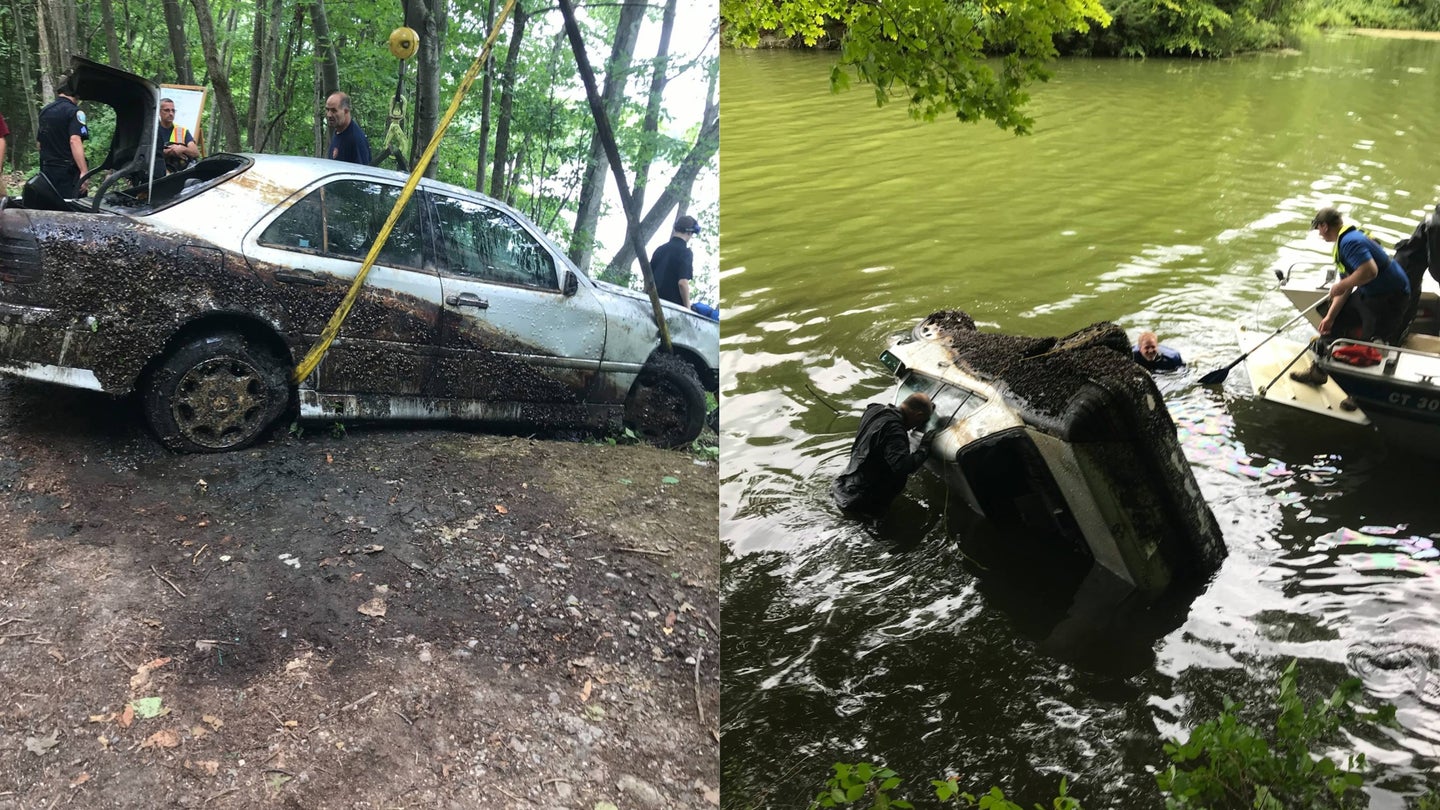 In Connecticut, a routine training exercise for the Newtown Underwater Search and Rescue team turned up a little more than expected when a submerged car was discovered and eventually pulled from Lake Lillinonah according to The Newtown Bee.

Volunteers with the NUSAR team noticed the car when scanning the water with a side scan sonar device during its training exercises, as explained the organization's Facebook page.

NUSAR, in conjunction with Sandy Hook Volunteer Fire and Rescue, Modzelewski’s Towing and Recovery and the Newtown Police were able to raise and recover the car, a Mercedes C280, from the depths of Lake Lillinonah.

The Newtown Police Department transported the vehicle to its impound lot. No details were released about the driver or how the vehicle ended up at the bottom of the lake.

The search and rescue crew believes the vehicle has been submerged in the lake for 10 or more years.

This isn't the first time this week that a sunken vehicle has been rescued. On Monday, August 20, an amphibious car that had sunk in Percy Priest Lake was recovered after taking on water. The vehicle, a 1992 Hobbycar B612, was out as part of the Lane Museum's annual amphibious car event when it began to flood and conclusively sunk.

While it is unsure what exactly caused this incident, maybe the driver was just following their GPS and took a wrong turn.

According to Newtown Police, the incident remains under investigation and they believe the vehicle may have been stolen.

The museum’s mechanic says that this 1992 Hobbycar’s most vital components are now filled with corrosive water.