If airless tires handle this well, maybe they’re more than a novelty.

Strange though it may sound, some tire manufacturers think letting the air out may be the next big step forward. The likes of Goodyear and Michelin look to replace air with internal ribs, mainly to boost durability, though the rigidity they add also increases performance. This is best showcased by a Tesla Model 3 navigating an autocross course on non-pneumatic Goodyears.

These trials were run as part of Goodyear's airless tire evaluations, which have involved everything from field testing on automated shuttles in Florida to more extreme, high-speed runs. Goodyear says it has durability-tested its airless tires at speeds up to 100 miles per hour, subjecting them to sharp acceleration and deceleration while also sending them through a "maneuverability" course at speeds as high as 55 mph.

On this course, Goodyear says its airless tires were met "with positive feedback from Goodyear and third-party trained test drivers." That sounds like an official way of saying, "10/10 would rip again."

Goodyear promises to deliver its first sustainable airless tires by 2030, a good several years later than they'll be delivered by Michelin, which pledges a rollout in 2024. Like Michelin's airless Uptis, Goodyear's tires appear to be mounted on wheels specially designed for airless tires, and will presumably feature sidewalls on some if not all production tires. Though they'd keep debris out, it'd be a shame not to show off your tires' fancy inner workings—and let the rest of the autocross field know they might as well pack up and head home. 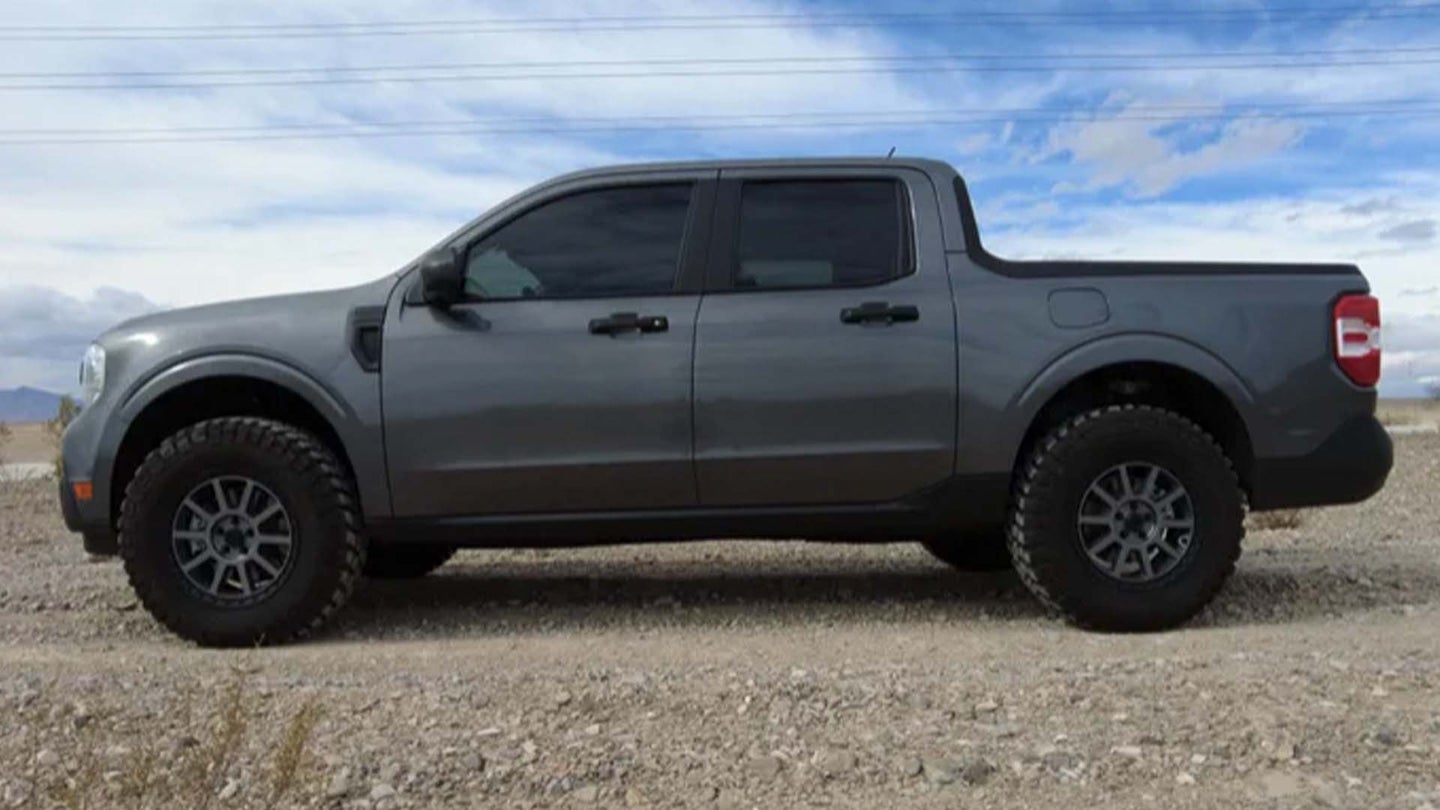 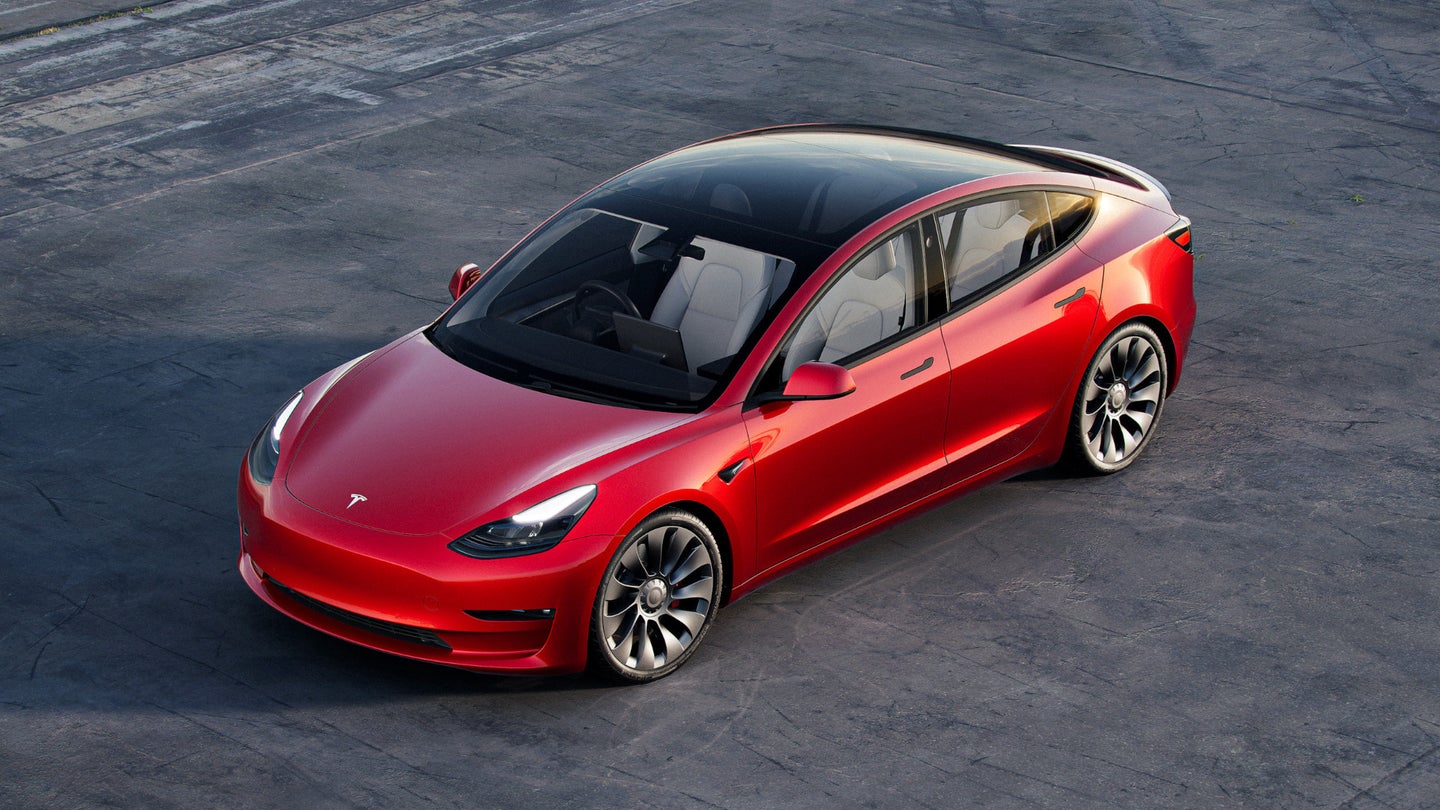 Generally, it’s important to get those suspension fasteners tight. Somebody page Tesla? 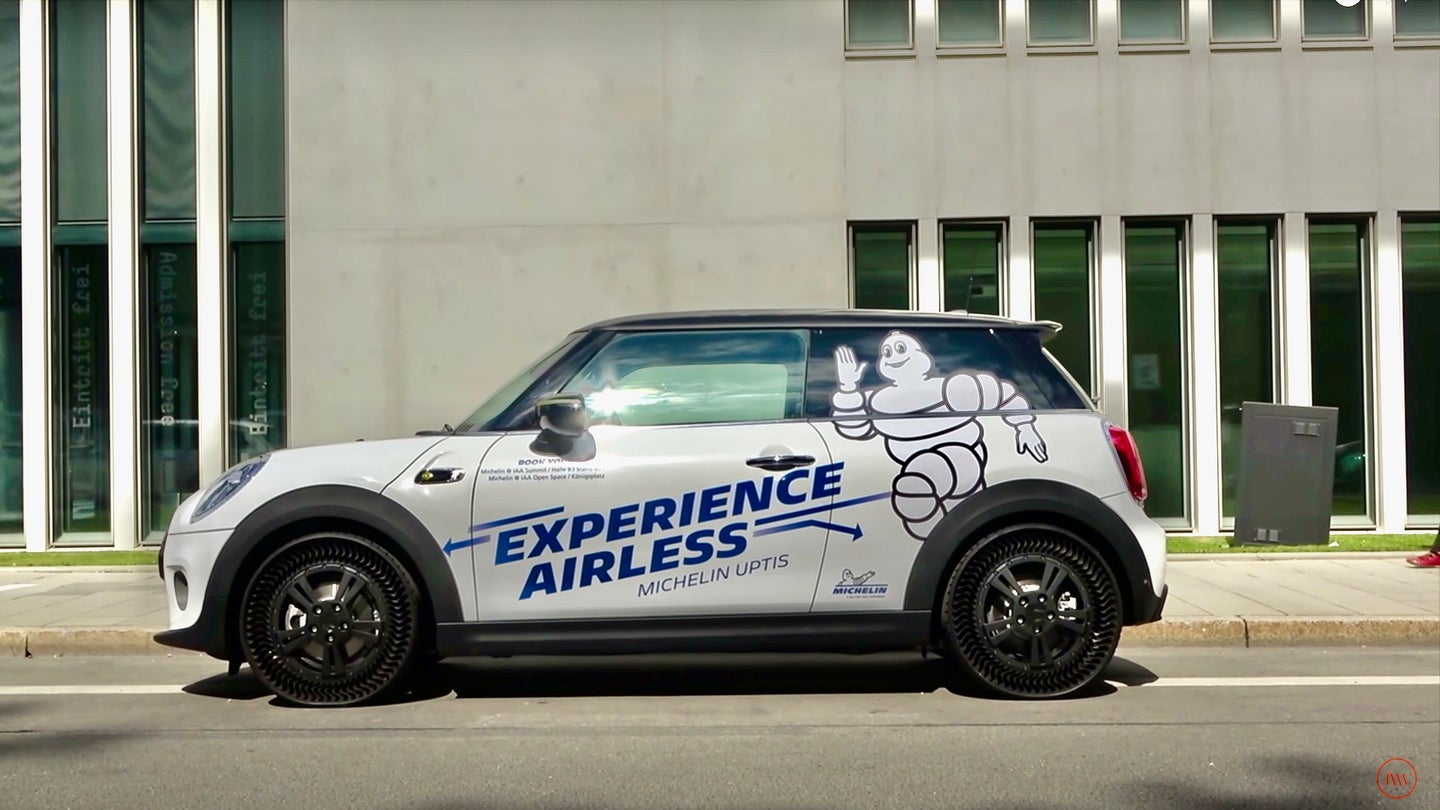 Michelin sees its unconventional tires as not only reducing waste, but possibly even improving performance.