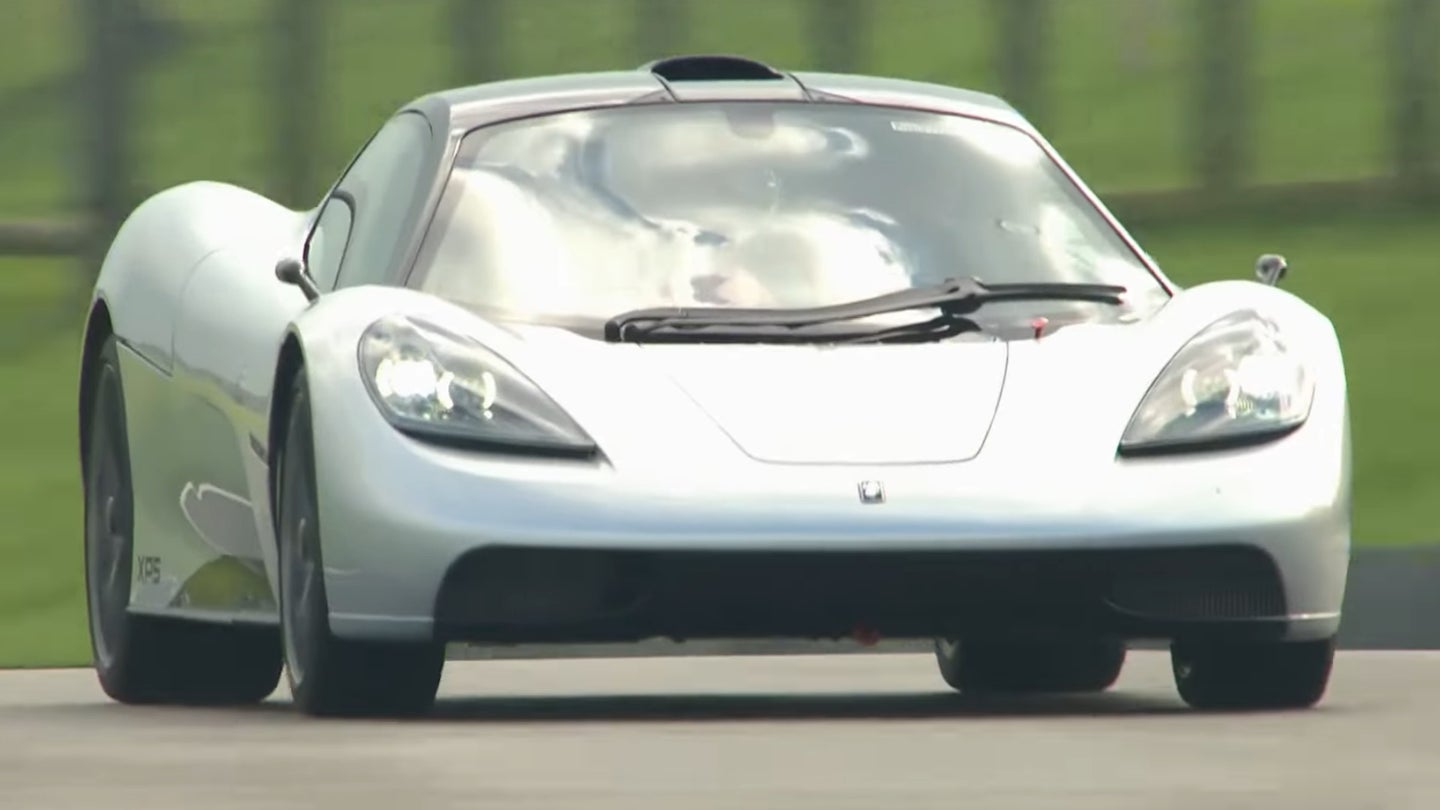 It's no secret that Gordon Murray's new T.50 is set to be one of the better supercars ever built. With an advanced fan-based active aero system, a Cosworth-built 3.9-liter V12, and a six-speed manual, it's a recipe that just can't go wrong. We've seen plenty of behind-the-scenes development clips up to this point, but what we really haven't witnessed is a full-blown stint of the vehicle on track. That's finally changed.

One of the project development mules, the XP5, was taken out on track at the 78th Goodwood Members' Meeting, and it's safe to say that the car's 12,100-rpm redline was tickled at the very least. After years of waiting, we now get to hear that wicked 654-horsepower V12 screaming with all its might.

The 2,173-pound T.50 was driven by development driver and three-time Indy 500 winner Dario Franchitti. Although the track was damp and therefore unfit for a full-on display of the car's performance, we still got to hear all 12 cylinders flexing their muscles. It sounds amazing, to be clear. Much like an LS-swapped Tesla making that V8 burble, this engine doesn't sound like it belongs in the T.50—it would sound more at home in a vintage F1 car. That's a good problem to have, of course.

Now, there will definitely be more opportunities in the future to hear this car even better, especially when the racing version of it comes out. At that point, we'll likely be able to hear the V12 even better than we can here. Until then, though, this is our best listen yet of this incredible machine.