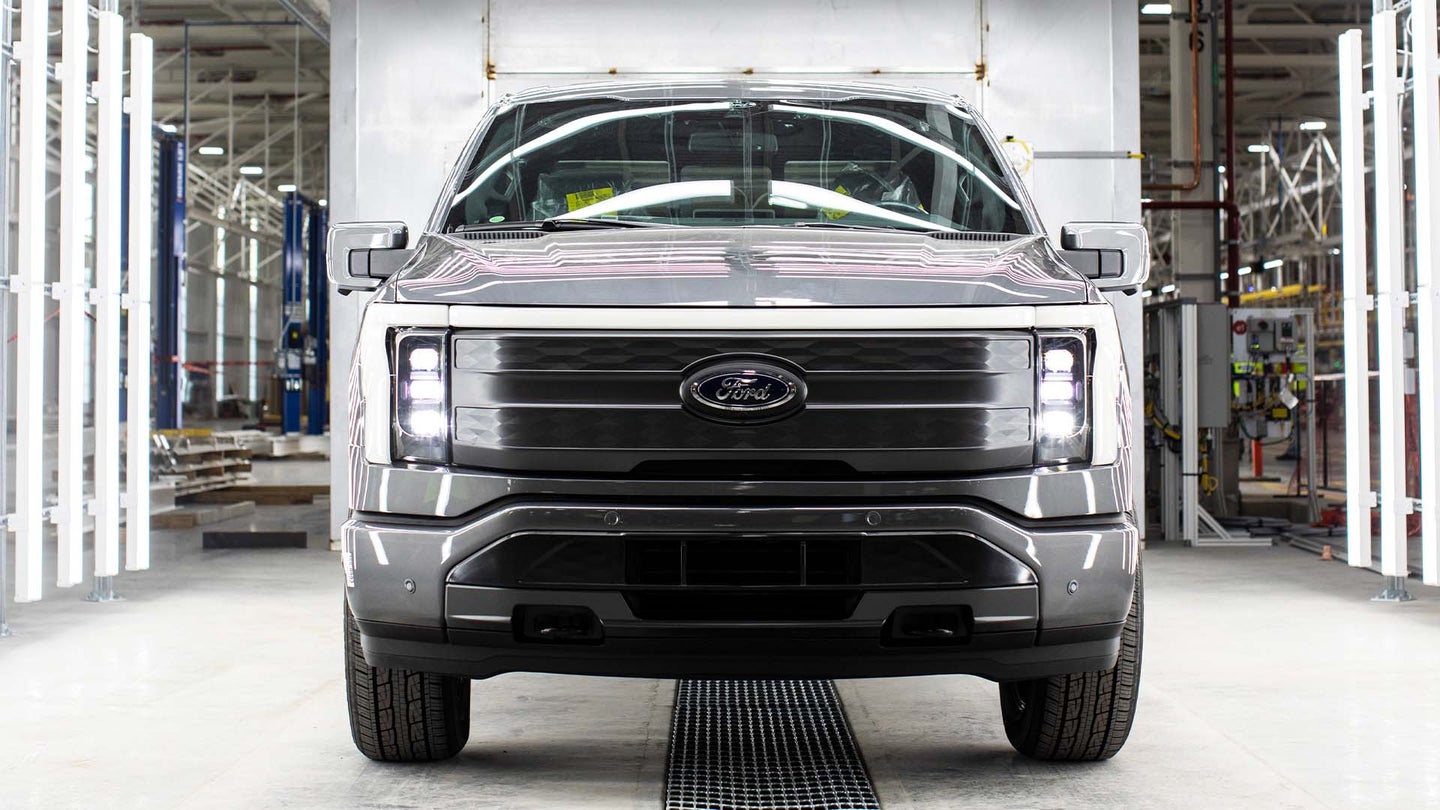 Everybody knows about the long line of people waiting on a new Ford Bronco, and there are also quite a few holding out for their Maverick pickup—rightfully so since they're both solid trucks that people should like. The line will soon start for the electric Ford F-150 Lightning, too, as order banks are said to open on October 26, according to users on the F150Gen14 forums.

With one poster saying they were contacted by their dealer with the date and another who claims to work at a Ford store seemingly confirming it, we could see customers finalizing their build specs in the next three weeks.

What's adding the most weight to this report is a screenshot from a Ford dealer order base shared by @Pioneer74. There, we see "10/26/21" listed in the "22MY Order Bank Open Date" column. We've reached out to Ford for comment on this but have not heard back at the time of publishing.

Although we have a supposed timeline for F-150 Lightning orders, there's nothing mentioned in terms of scheduling or a job number one date. This will be the first pickup built at Ford's Rouge Electric Vehicle Center, and the Blue Oval has invested hundreds of millions of dollars to ready that plant for F-150 Lightning production. In total, it plans to build 80,000 of the trucks there annually.

Reservation holders for Ford's first battery-electric F-Series are clamoring about getting their spot in line, and understandably so. It's been a hugely publicized process for potential Bronco buyers—one that's been unendingly complicated by manufacturing hiccups and supplier problems. Folks at Ford seem confident that they won't face the same woes with the Lightning and predict it'll reach customers in spring 2022.

Ford CEO Jim Farley told us that the automaker will support the F-150 Lightning ownership experience long after delivery. That undoubtedly means over-the-air (OTA) updates, some of which could boost the truck's range to 450 miles or more. If that's the case, the battery-powered truck could be one of the most capable EVs out there in terms of both work abilities and driving distance.