This Leaping ‘Baja 911’ Started Life as a Porsche Carrera Cabriolet

The Smoking Tire takes out the leapiest 911 to end all leaping 911s.

Normally, an old Porsche 911 isn't cause for much alarm. But when one essentially gets all of its parts replaced to transform into a jumping, leaping, drifting off-roader? Then you have my attention. This is the Russell Built Baja 911 and now you can see it in action.

For a recent "One Take" episode, The Smoking Tire's Matt Farah got a chance behind the wheel of the Baja 911 with none other than Russell Built's own designer and fabricator, TJ Russell. The Baja 911 is, in Russell's own words, "a lovechild of a drunken night in Vegas between a trophy truck and a GT3 RS." I'd believe it! Just from looking at the outside, you can see rally lights, off-road tires, bash plates, and giant fenders.

Russell's shop is located in Sun Valley, California. It's a 2,500-square-foot place where safari 911 dreams are made. He told us in 2019 that he kept mulling over what would have happened if Porsche kept up off-road racing into the '90s. So he finally acted and started building his own off-roaders. The resulting car in Farah's video started life as a Carrera cabriolet.

I can't imagine how much you'd have to fabricate and build from scratch to make a convertible off-road-ready, but Russell clearly figured out how to do it. In addition to a more powerful engine, the Baja 911 also has a long-travel suspension system and an integrated tube chassis. It seems to delight in flying through the air but it's also apparently very comfortable to daily as well. Don't believe me? Check out the video. 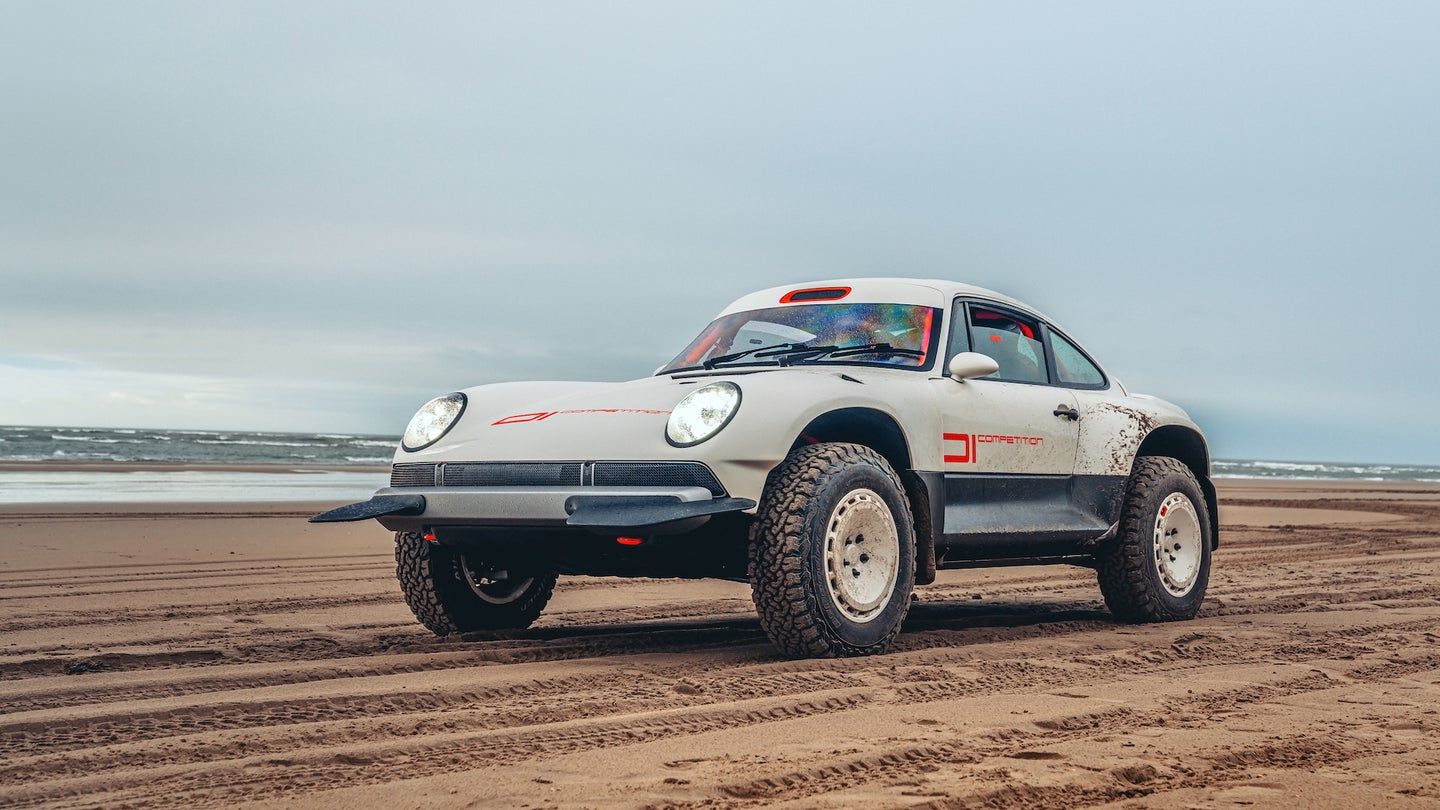 After reaching out to us to replace photos of the ACS last month, the car no longer appears on any official Singer channels. 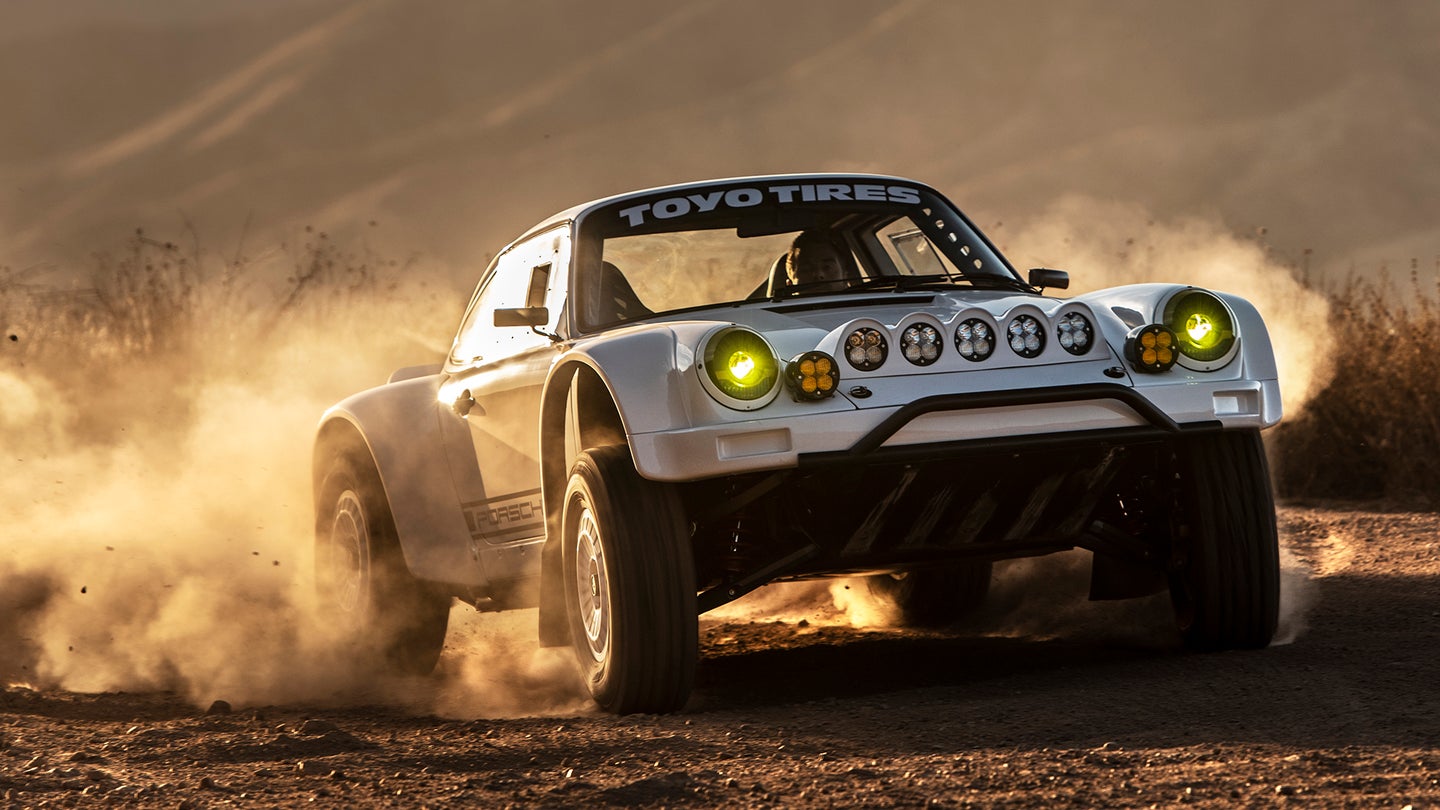 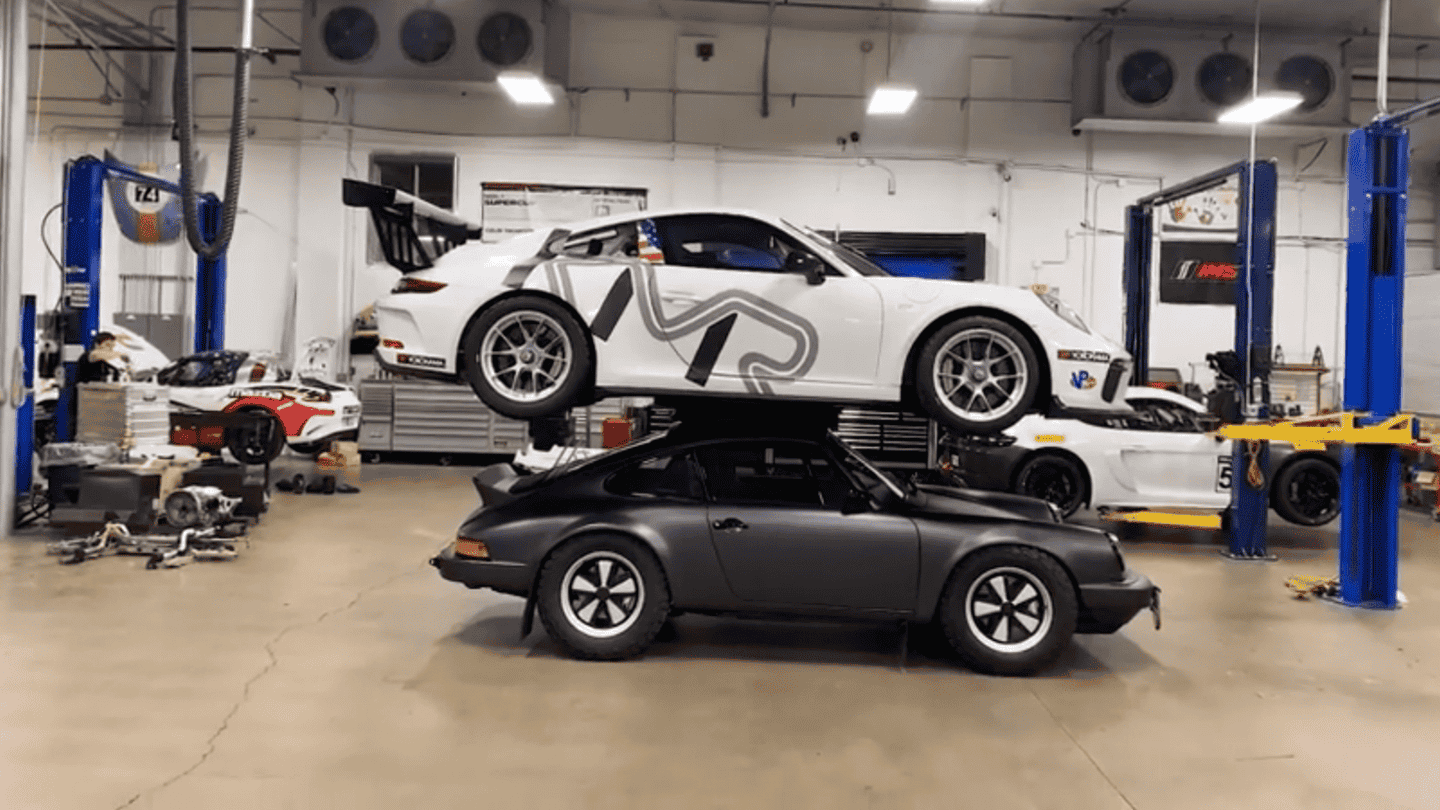