What Cars and Colors Just Don’t Belong Together?

Mildly hot take: red does not belong on Subarus or BMWs. 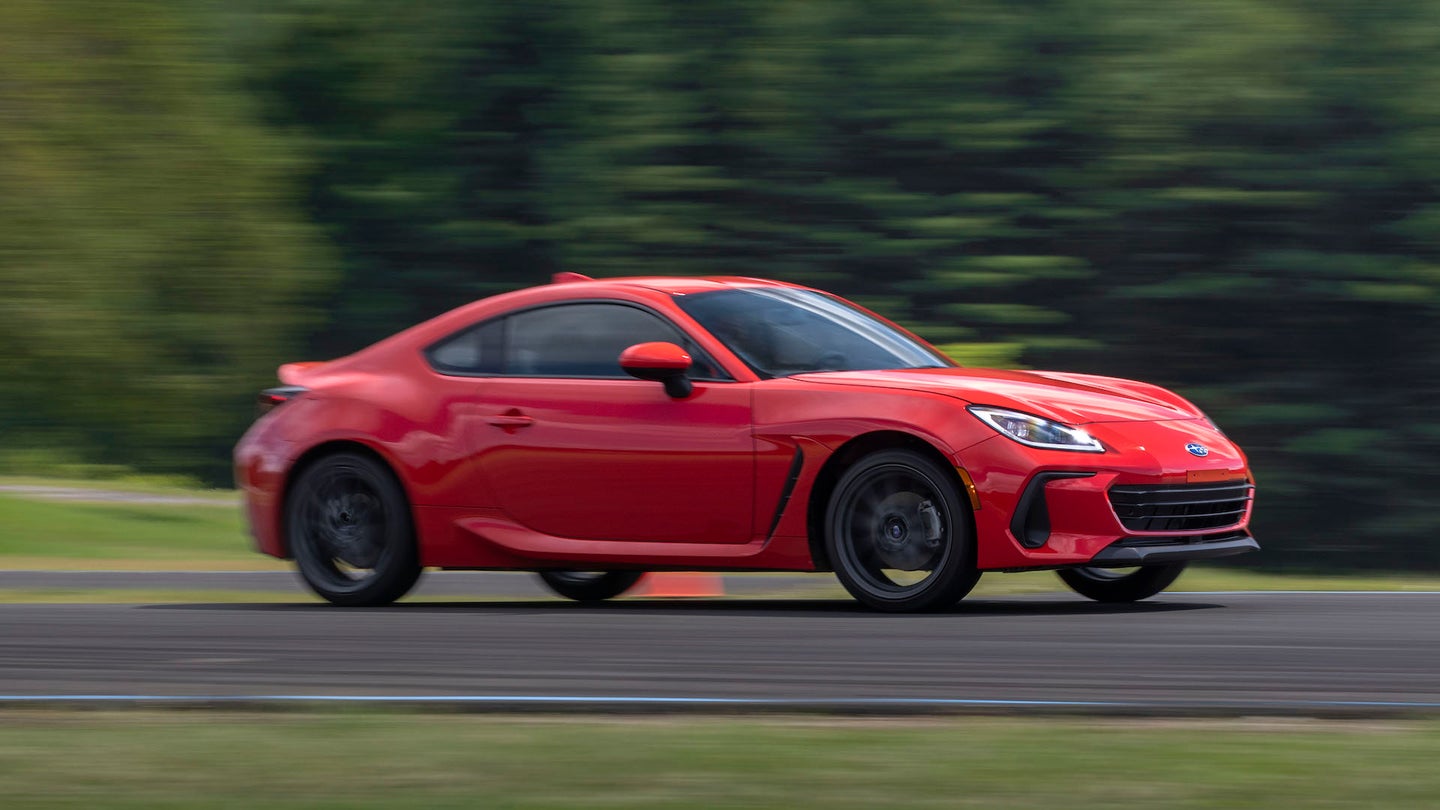 I have an inconsequential car opinion I'd like to share: all red Subarus look weird. I can't quite put my finger on why but painting any Subaru bright red just feels...wrong, to me. Maybe it's because red has always been closely associated with Subie's former arch-rally-rival Mitsubishi and the Evo. Maybe it's because the inherent extroversion of red contradicts Subaru's image but, whatever the root cause may be, all red Subarus look bad to me. And, yes, that includes the Baby Driver WRX.

The same is true for BMWs, in my view. Picture your ideal classic BMW, any classic BMW. Is it red? No, because—and I'm willing to die on this hill—there has never been a good BMW with which red was the best color. Orange, definitely. But bright, non-metallic, fire engine red? That ain't it, chief. Case in point: check out the Imola Red M5 Competition I recently drove and will be reviewing soon. M5s are supposed to be sophisticated and subtle. Able to beat supercars while flying under the visual radar. So, why would you paint one like this?

To me, a bright red 3 Series is the quintessential car young Parker or Chelsea leases with their first real paycheck post-business school, even though they probably couldn't tell the difference between their own car and a red Jetta if it weren't for badges. They also probably think "E46" is the name of that new boutique fitness studio Sebastian from work says is an absolute game-changer.

Orange Ferraris are, more often than not, an odd choice to me, too. Like the owner couldn't decide between red and yellow so they went with "both."

Anywho, I refuse to believe that I am the only person on the planet to hold opinions like this so we'd like to hear from you. What colors and cars just do not belong together?

The build-your-own configurator is now live on Subaru’s site, and we found the price ceiling for the new model.

Should you go for mild or wild when choosing the color of your next ride?