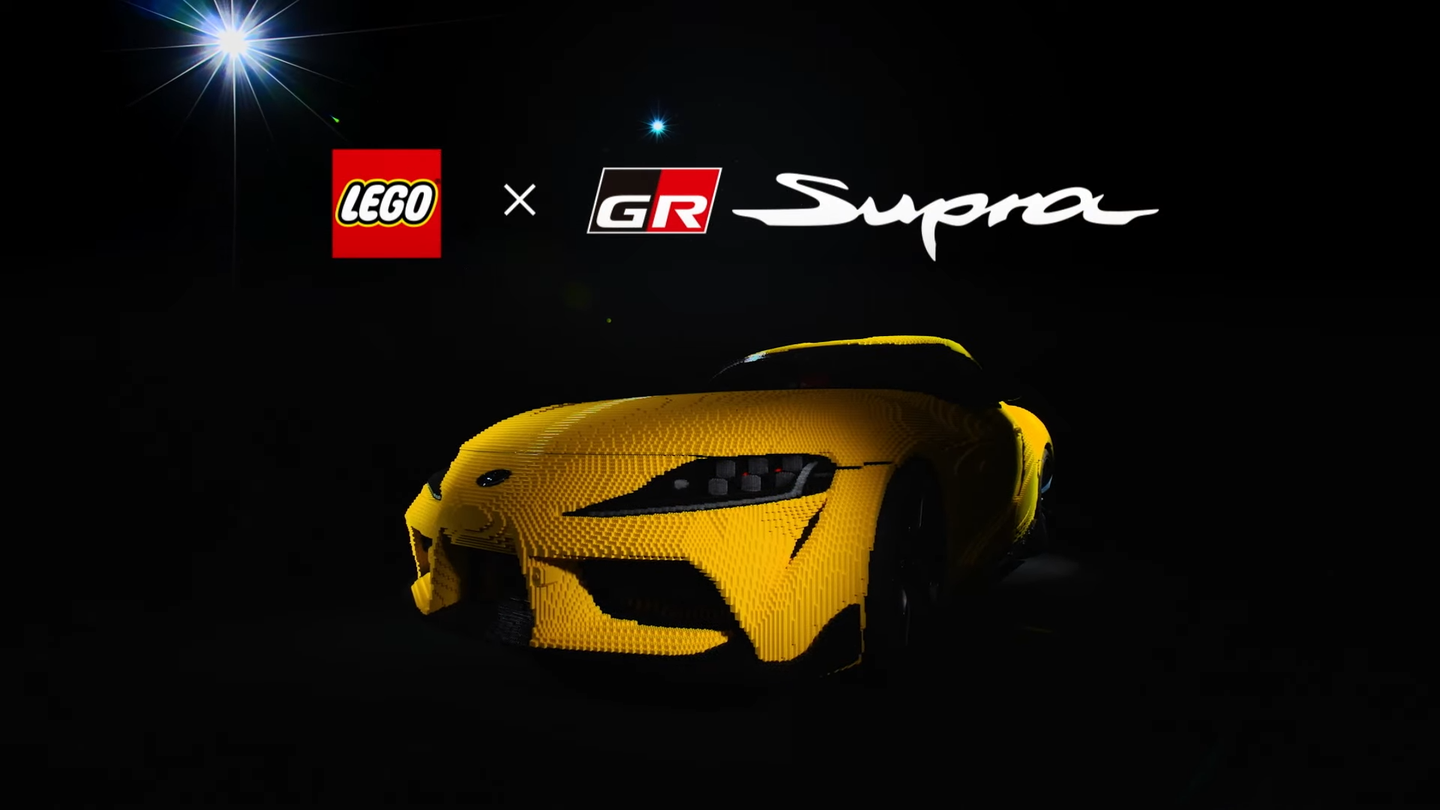 The Toyota Supra serves as the company's flagship sports car, though it has been widely noted that the vehicle is more so the work of BMW. However, the German automaker isn't the only European company making Supras. Lego has now stepped in to build a full-size recreation of its very own. And yes, it runs and drives.

As reported by Motor1, the Lego replica Toyota Supra is built on a basic chassis that has an electric motor capable of propelling it at up to 17 miles per hour. The exterior and interior are almost completely Lego, with an impressively accurate color match to the yellow Supra hero color. However, several key components are cribbed from the real car: the driver's seat, steering wheel, badging, as well as the wheels and tires.

The comparison video shows off the Lego model contrasted with the real thing, and the build feels surprisingly authentic. Accurately aping the creases and curves of the Toyota coupe, it does so in an aliased, 8-bit style. Perhaps unsurprisingly, the replica weighs a fair bit more than the original, at 1,885 kg versus 1,640 kg for the real thing. As you might imagine, it was no small effort to construct. In total, it took 3,000 hours to develop the Lego Supra and a further 2,400 to build.

As a bonus, like any Lego build, there's nothing stopping you from clipping on bits from other Lego sets to customize the design. Want some pirate trim or little spaceship antennas on your Lego Supra? Go nuts! Toyota probably wouldn't appreciate that, though, so you might have to build your own. It's a little more involved than a typical Lego set, though, so be sure to budget your time and money appropriately.

The build is on display at Legoland Japan from Aug. 12 to Oct. 11 and looks great parked next to the real deal. Of course, if this has you wondering what the real thing is like, be sure to check out our comprehensive review.

Got a tip? Let me know: lewin@thedrive.com