The idea of the "ghost" driver is something that has existed in video games for decades. A ghost consists of a visual representation of another driver's best time, allowing you to see their position on track throughout the lap, rather than just a simple split time at various checkpoints. The concept can also be applied to real motorsports, too. The technique gives great insight into just how close qualifying was at the Austrian Grand Prix this past weekend, thanks to Ghost F1 on YouTube.

Max Verstappen took pole, with a time of 1:03.720, a mere 0.048 seconds faster than McLaren driver Lando Norris, who lined up second on the grid with his career-best qualifying result. The Red Bull driver was less than pleased with his own performance, complaining after the session that running first on the road in Q3 meant he was short of a tow. The effort was enough for the first spot on the grid, though many were surprised to see McLaren not only so close, but also ahead of both Mercedes drivers.

The ghost comparison shows just how close the laps from Verstappen and Norris were in reality. In the early part of his fastest lap, Verstappen goes wide on Turn 3, losing a car length relative to Norris. The time is slowly clawed back throughout the lap, with the drivers incredibly close as they take turns in gaining and losing time through better lines or braking later around the lap. Notably, the cars are well matched in terms of straight line performance and acceleration out of a corner.

Heading into Turn 10, the last bend on to the main straight, Norris is actually ahead. His line into the final corner, however, is a tighter one than Verstappen. The Red Bull driver crucially carries a fraction more speed through the turn, and winds up with the faster time.

The ghost video is an excellent way of comparing two lap times visually. It provides a far more intuitive understanding at a glance versus the usual method used by F1 which places two lap videos side by side.

Ghost F1 has only been putting out videos since the French Grand Prix in June, and apparently composes them manually, presumably from publicly available video feeds and timing data.

We'd love to see the official telecast produce the same content using the telemetry data available for even greater accuracy when comparing drivers across a full lap. Alternatively, we reckon a call from Liberty Media to Ghost F1 is in order, to get them the data they need to do the best job possible. We'll be looking out for videos from future sessions in earnest. 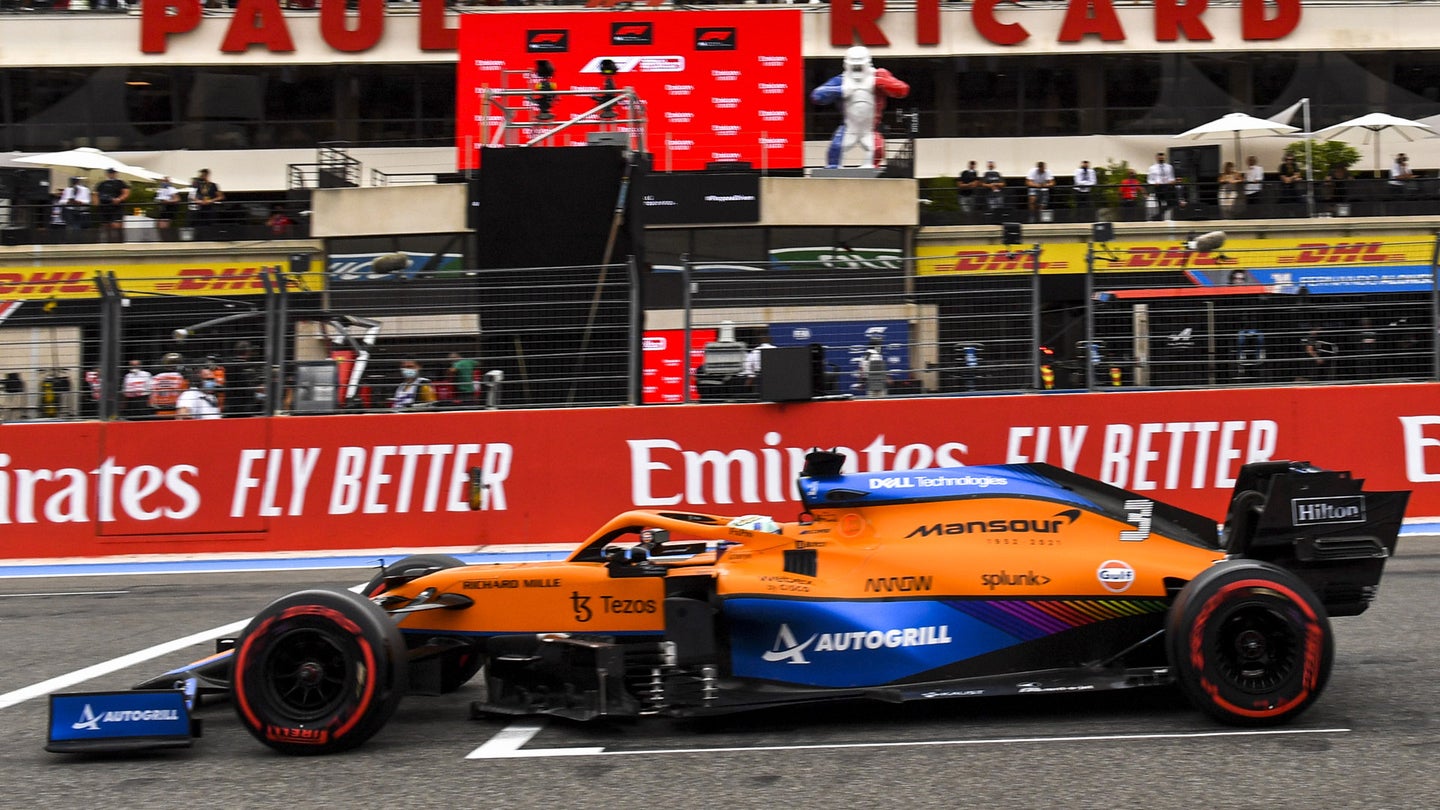 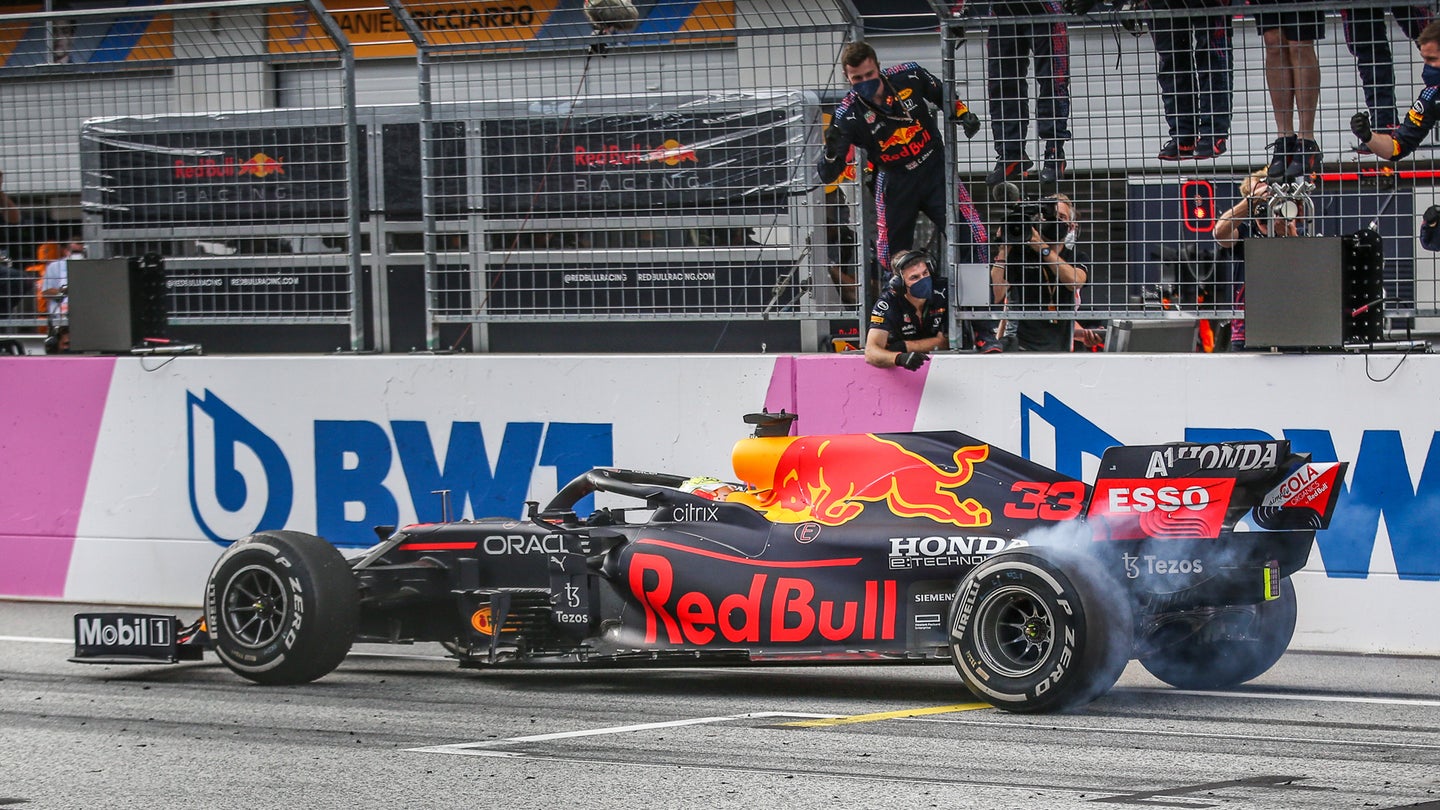 Victory Burnouts Will ‘Not Be Tolerated’ in F1, Apparently

We are not here to have fun. 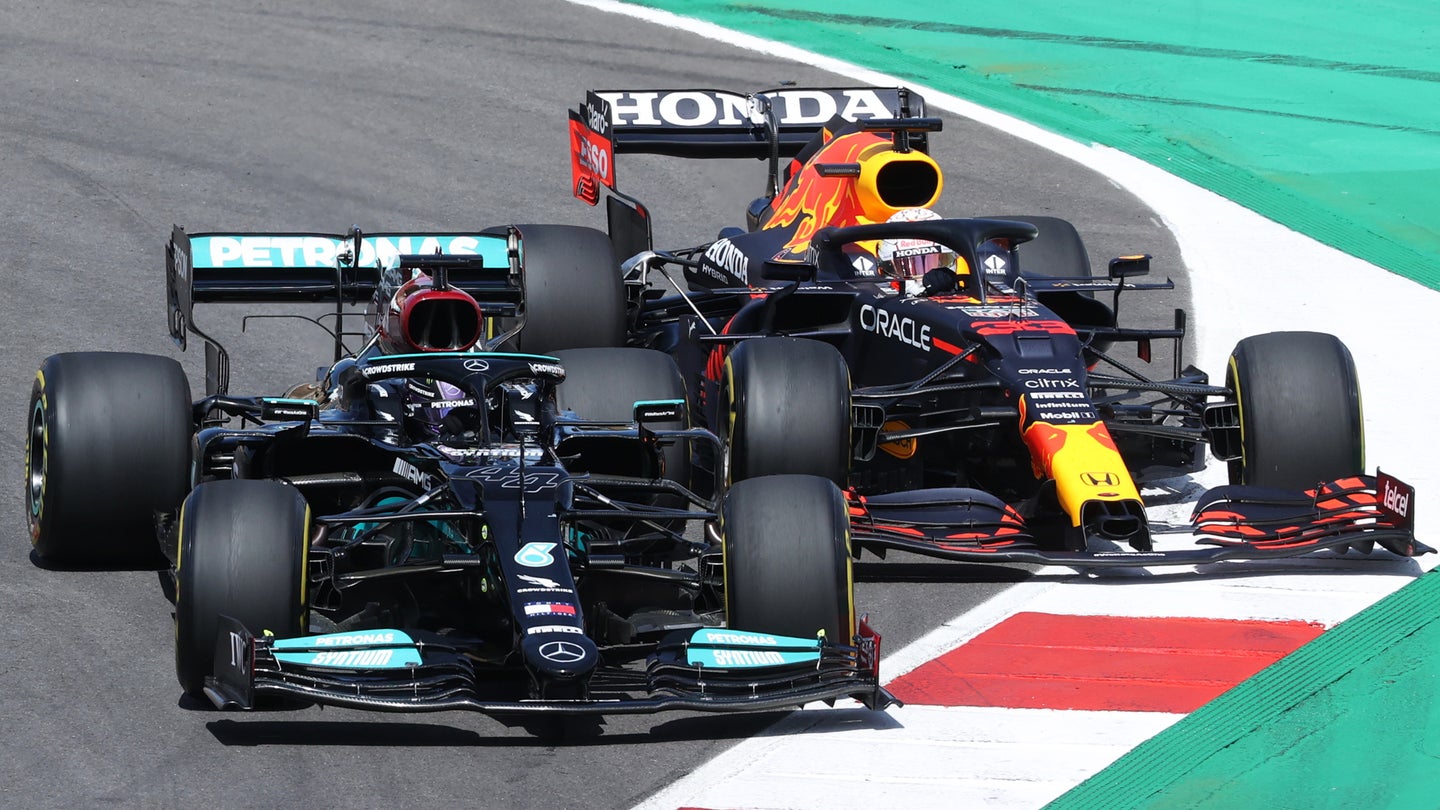