The Keys to a ’77 Pontiac Firebird Are Hidden in Colorado. If You Find Them, It’s Yours

You also get a one-year supply of Coors Banquet, if you're into that. 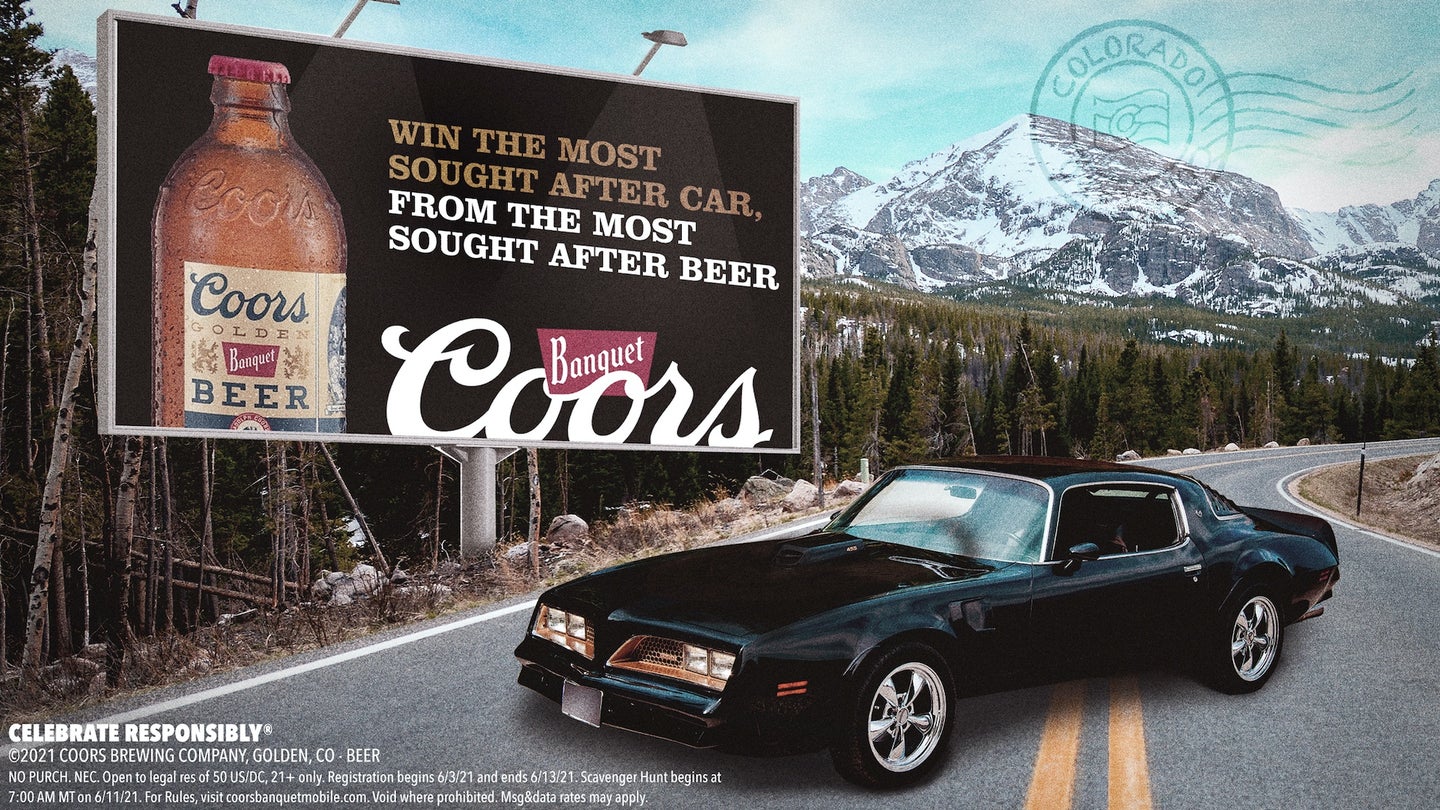 Having been cooped up for the last year or so, the first thing Americans want to do on the verge of summer solstice is get the hell out of the house for an adventure. Sky-high Colorado probably sounds like the perfect place, especially to all you Californians and Texans, who won't stop moving here and bringing your inability to handle icy roads with you. Anyway, they and everyone else now have an extra reason to visit the Centennial State in droves, because tearing around Colorado this weekend might help you find the keys to a restored 1977 Pontiac Firebird hidden somewhere by Coors.

In reference to 1977's Smokey and the Bandit, Colorado's best-known brewer kicked off a scavenger hunt for those keys this very morning. Anyone aged 21-plus with a valid driving license can join the hunt by registering at Coors Banquet's promo website, after which they will receive an email with a trivia clue related to the Colorado beer's history. Solving it will lead to a hidden QR code, at which Coors wants you to snap a selfie to prove you've been there before scanning it to receive the next clue.

At the end of a trail of five clues are the keys to that restored Firebird, which Coors will deliver directly to the home of the winner. As a bonus, Coors will also deliver them a one-year supply of Coors Banquet—obviously not meant to be enjoyed concurrently with the car. It'd go down well on its own, or as some sort of fancy Colorado boilermaker made with one of the state's many locally produced whiskies. (I'm all about Whistling Hare.)

The contest ends either once the car is found and the winner is verified or after 72 hours, at 7 a.m. local time on Monday. Registration ends Sunday, so presumably all the clues can be solved in less than two days. If you can't make it out, Coors will also give away the same year-of-free-beer prize on its Instagram page for correct answers to trivia questions posted there. Should you snag that, Big Enos Burdette has a recommended pairing for you: Boston clam chowder.