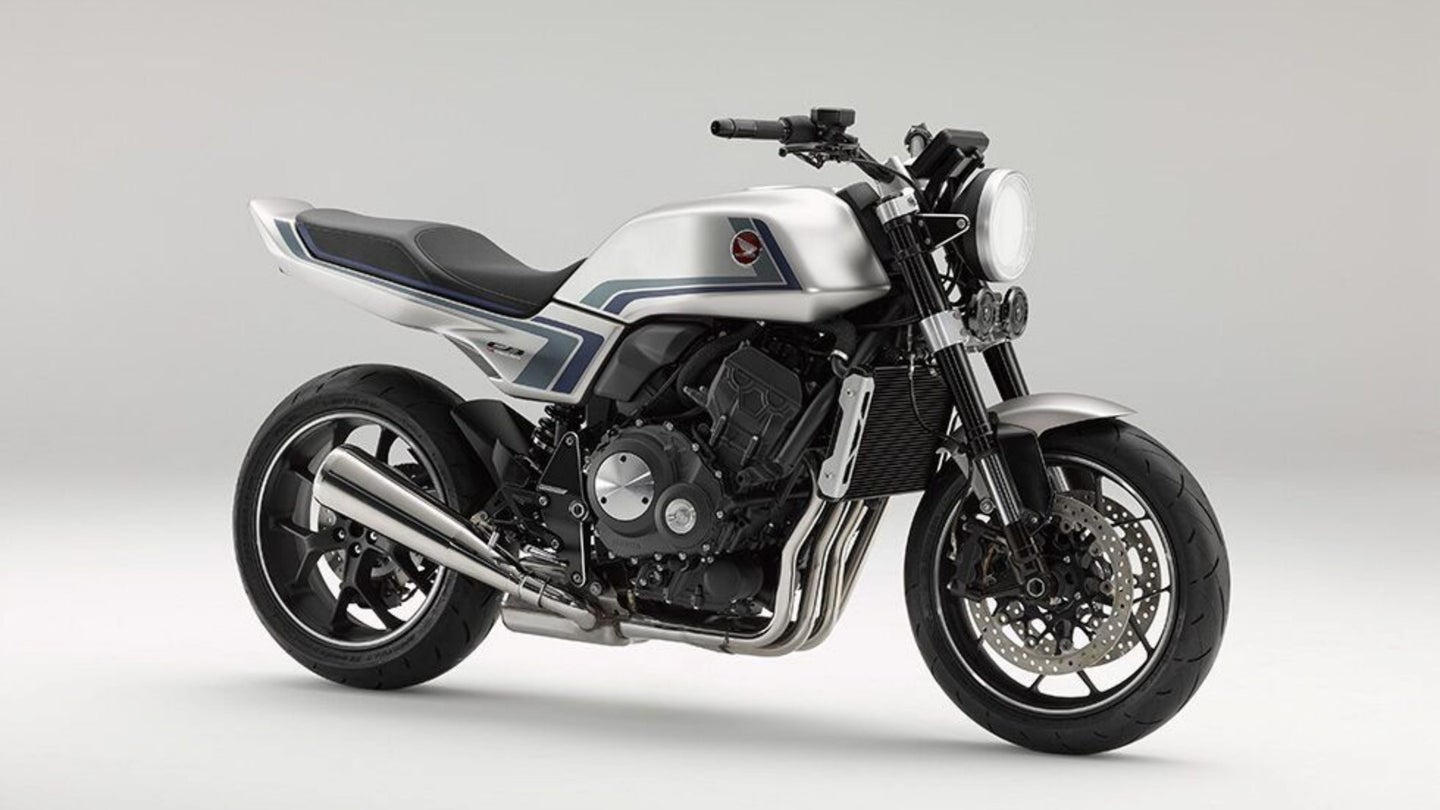 While cars debuted retro designs a decade ago, motorcycles have been fairly immune to nostalgia. That is except for Honda, which has been playing with its classic looks in motorcycles like the pitch-perfect Africa Twin adventurer, the ‘60s-tastic Monkey minibike, and the cafe-inspired CB1100. But with all the rage being the Radwood-era 1980s, Honda is capitalizing on the trend with the CB-F Concept.

The CB-F was supposed to debut at the Osaka Motorcycle Show, but was canceled because of you know what. With the inability to show the bikes off live and in-person, Honda will digitally debut the motorcycle, along with a handful of others. Nice.

As for the motorcycle itself, according to Honda, the CB-F is Honda’s reimagining of the CB900F, a motorcycle that debuted in 1979 and was produced until 1983 when it was replaced by the similarly designed CB1100F. “The CB-F Concept is an ambitious fusion of cutting edge technology with a design paying homage to the CB900F,” says the press release, adding, “which, in part through the North American racing scene, brought to the six-decades of CB models an iconic status.”

Centered around a 998cc inline 4-cylinder engine, Honda’s staying mum on how much horsepower the 4-stroke engine produces, but given it’s likely a variant of the 998cc engine residing in the CB1000R, we’d peg horsepower to come in at less than 140. The chassis is a mix of lightweight high-tensile steel and aluminum front forks and a lightweight aluminum single-sided swingarm, all of which are typical Honda flair.

What’s got our jimmies in a twist is the motorcycle’s look.

There’s just no bad angle. Between the motorcycle’s retro tail—which looks like it was lifted directly from the classic ‘80s bike—the single circular headlight, the classic trumpet exhaust design, and the gorgeous period-correct graphics emblazoned across its side, we’re absolutely champing at the bit for Honda to shut up and take our money.

As for production, Honda is staying mum on whether it has the intention of producing the CB-F Concept, merely stating that the concept is being used to “thoroughly explor[e] what to preserve, and what to evolve with the company’s flagship sports bike. But given Honda’s track record of dipping into its back catalog and returning classic nameplates, it has good chances of becoming a reality. We can’t wait.