The collection-grade rides are all from the shuttered Chevyland U.S.A car museum in Nebraska. 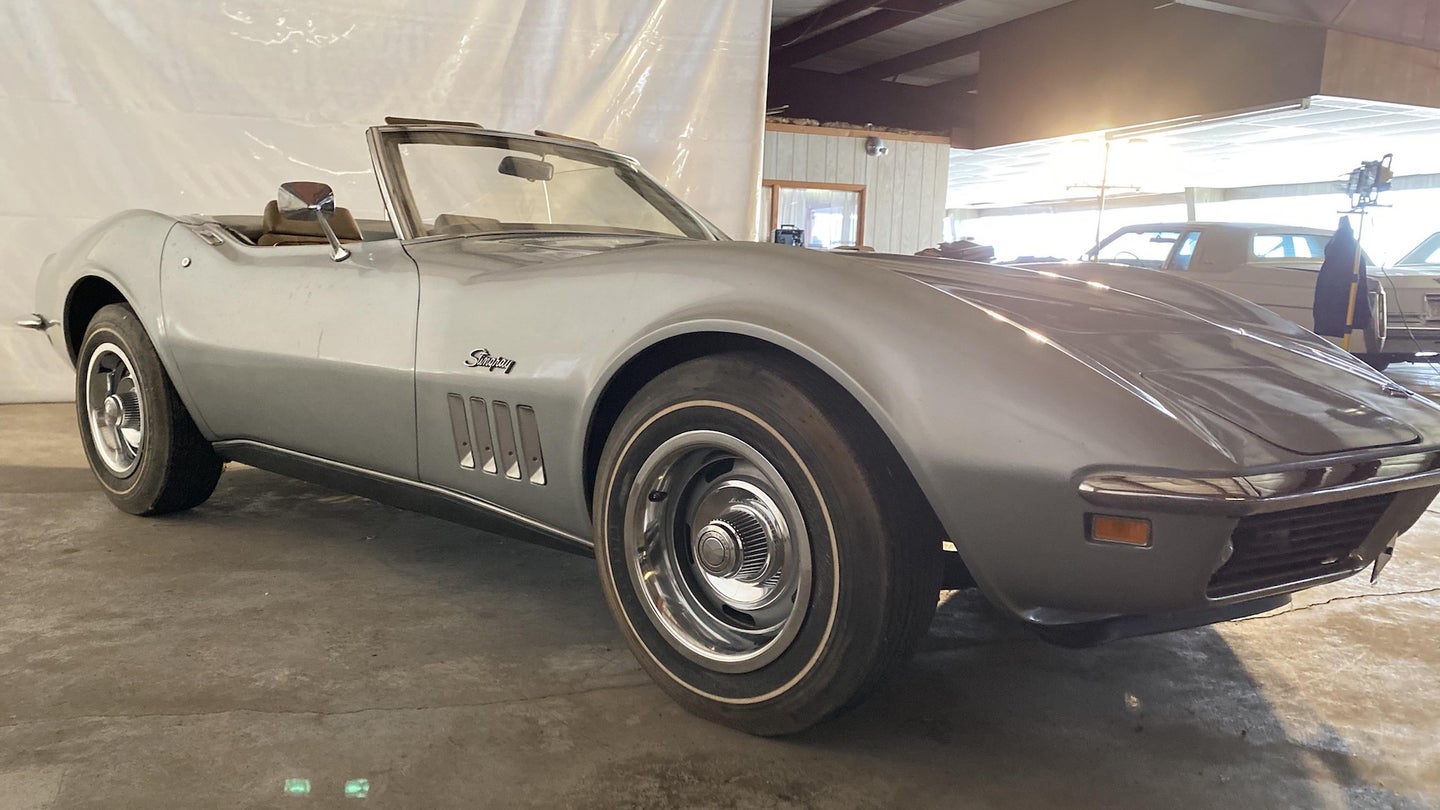 A collection of vintage cars, motorcycles, and automobilia formerly belonging to Nebraskan car museum Chevyland U.S.A., will be sold later this week without reserve following the museum owner's passing.

Located just off Interstate 80 in Elm Creek, Nebraska, Chevyland U.S.A was a modestly popular attraction, drawing in an average of 100 visitors daily at its peak according to the Omaha World-Herald. As traffic dwindled, the museum's owner Monte Hollertz decided to close the facility in 2019, according to 3 News Now, before passing away shortly thereafter and leaving the collection in the hands of his son Al. Now, Al is ready to pass the collection on and has consigned it through Big Iron Auctions, which will sell the whole lot online at no reserve this Thursday.

Hollertz's Chevyland collection consisted of 47 cars and trucks spanning the 1910s through the 1980s, many of them GM in origin as you'd expect. Predictably, Hollertz owned Americana staples like a C3 convertible, multiple Impalas, and an Advance Design 3100 pickup, but his taste wasn't limited to mid-century GM. Hollertz's collection also includes oddities like an AMC Eagle, multiple imported '80s diesel sedans, and even a Porsche 917-inspired kit car based on a VW Beetle.

The Nebraskan's interest extended to the world of motorcycles as well, specifically, those from Japan, which make up all but one of his collection of 24 bikes from the 1960s to the 1980s. Most are from Honda, though there's a Yamaha in there, a pair of Wankel rotary-powered Suzuki RE5s, and even a sole Harley-Davidson, powered of course by the flat-four from a Honda Gold Wing.

All these, plus countless parts, decor, and a few additional miscellaneous vehicles will be auctioned online this Thursday, May 6, on Big Iron Auctions' website. And before you ask, no, you won't be fetching your winnings from Agua Fria—you'll be heading up to Nebraska for them, almost certainly with a fresh battery in the trunk and a trailer in tow.

The driver’s seat is wider than the standard seat to accommodate Ford II’s “wider frame.”