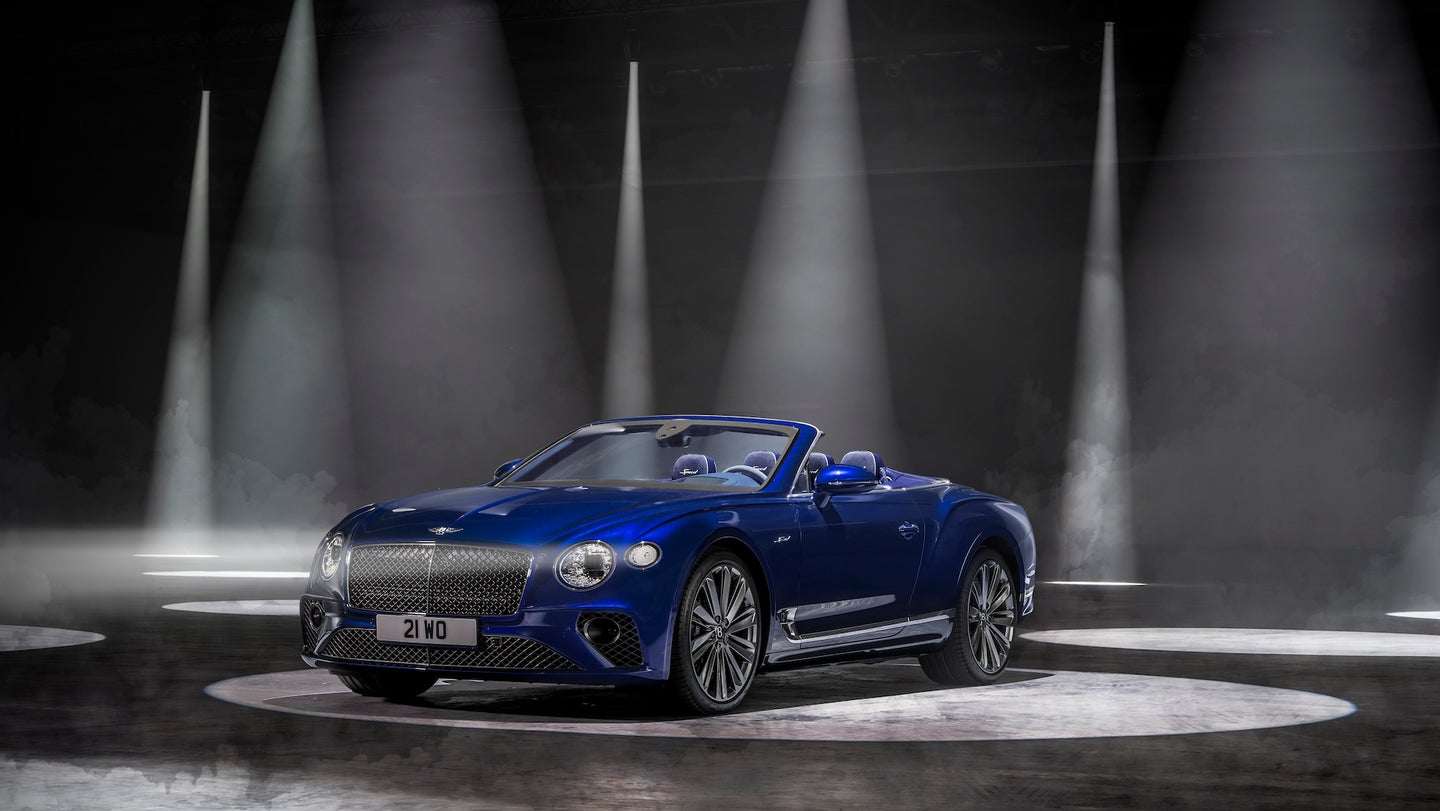 Exactly three weeks after unveiling its newest muscly Brit, Bentley is pulling the covers off the open-air version: the 2022 Bentley Continental GT Speed Convertible. It was just a matter of time, really, but just because we expected it, doesn't make it any less impressive.

The differences between the coupe and the convertible are obvious, but it's these contrasting features that make the convertible stand out as the swankier of the two. For starters, the roof is offered in seven different colors, including tweed. This means you can essentially customize whatever two-tone combination you can think of, allowing you to build the open-air grand tourer of your dreams.

On the other hand, the coupe's roof—as beautifully sculpted as it is—only comes in metal and is painted in the same color as the rest of the body. In terms of style, the convertible definitely takes the win.

About that roof; Bentley claims it can be folded in as little as 19 seconds at the touch of a button, though to be fair, that's a bit on the lengthy side, with most similar rides accomplishing so in anywhere from 13 to 16 seconds. There may be a logical explanation for this, of course, and it probably has to do with the size and weight of the roof. The Bentley's is most likely longer and heavier than that of a convertible Mercedes-Benz or BMW, especially given all the insulation to keep the cabin quiet. 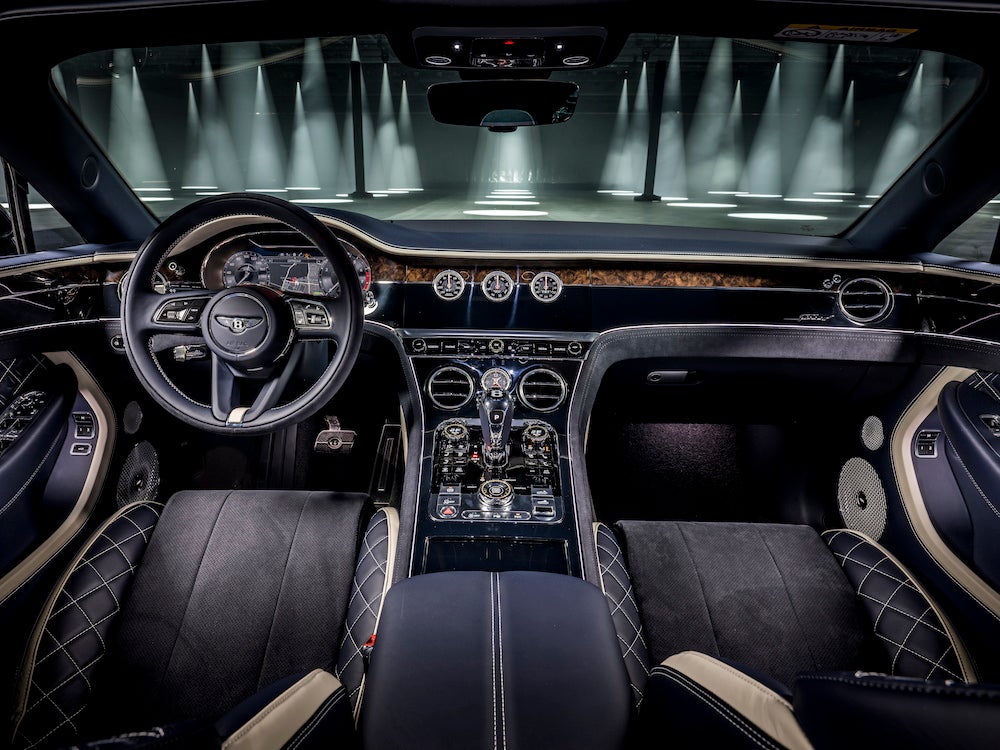 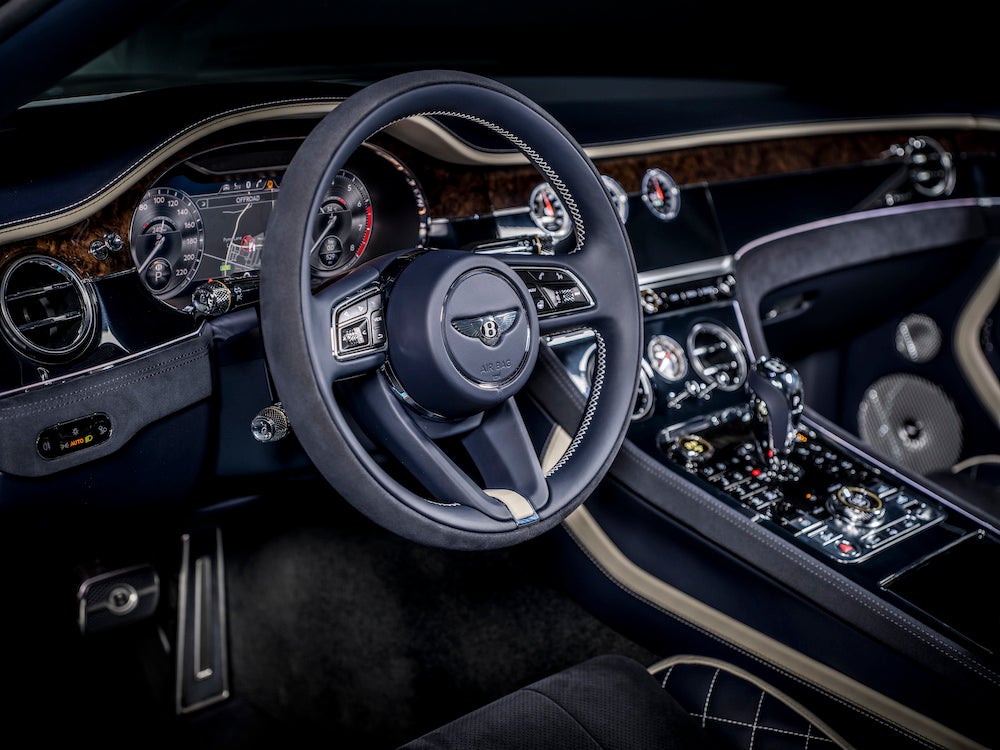 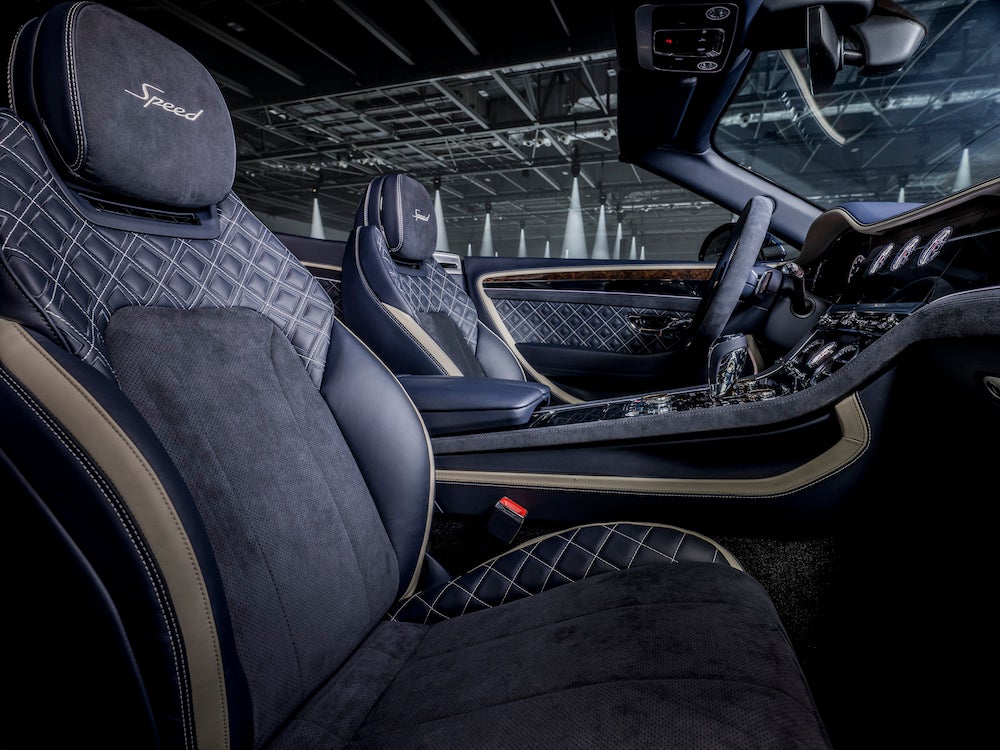 Described as the "most driver-focused convertible of the Continental GT range," it carries the same twin-turbo W12 under the hood as the coupe and produces the same 650 horsepower and 664 pound-feet of torque. In terms of performance, it can rocket to 60 mph from a standstill in just 3.6 seconds (only 0.1 seconds slower than the coupe), and continue to an impressive top speed of 208 mph—exactly the same as the fixed-roof variant.

The same four-wheel steering and chassis and suspension technology are also carried over into this model, with Bentley’s three-chamber active air suspension with adaptive damping helping guide this hefty Brit (exact weight was not revealed) through the corners. Powered by a 48-volt electrical system, the active anti-roll control program stiffens or softens the anti-roll bars in as little as 0.3 seconds in order to keep the car stable when cornering. Like the coupe, the convertible is also offered as an all-wheel-drive model only.

It's unclear what the standard brake specs are in the Speed Convertible, but Bentley highlights the optional carbon-ceramic braking system in the car's press release. These optional and rather mighty units feature 10 pistons in the front and four in the rear, and can generate 10 megajoules of energy (2.77 kilowatt-hours) while braking from the car's claimed top speed. That's roughly enough energy to travel about 10 miles in your average EV.

Does any of the above truly matter to the average Bentley buyer, who most likely already owns several Bentleys and exotic sports cars? Probably not, but again, that doesn't mean it's not important—and definitely any less impressive. The main takeaway here is that it's good to know that your ultra-luxury convertible can do all of these things—if you need it to. If not, just sit tight, buckle up, crank up that Naim sound system, and enjoy the ride.

Pricing for the 2022 Bentley Continental GT Speed Convertible has not been released yet, but it will surely cost a bit more than the coupe, which starts at $274,900.