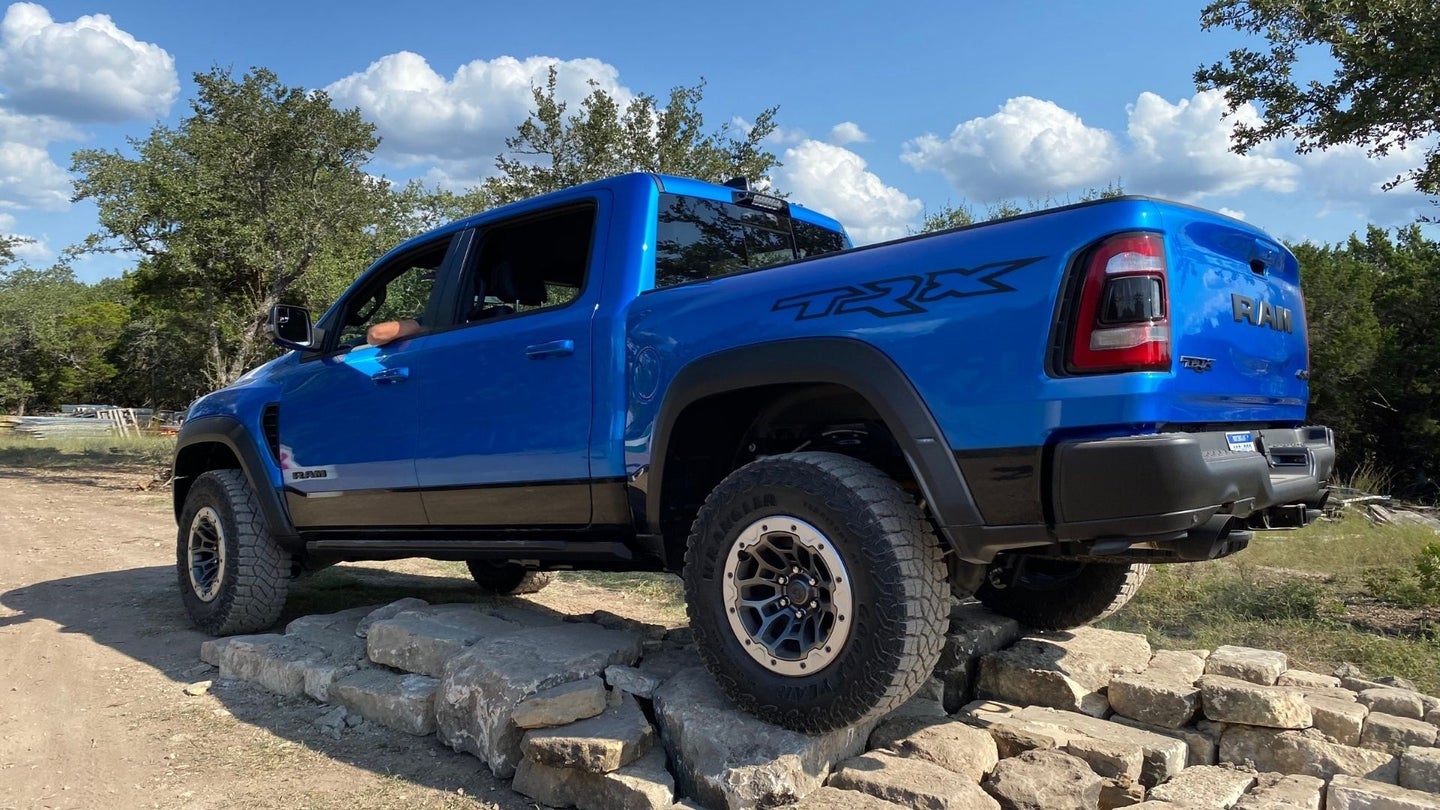 The 2021 Ram TRX got the Hellcat treatment for the model year 2021, and people are clamoring to get a piece of it, including price gougers slapping a hefty premium on this truck. The TRX is a spectacularly fun vehicle starting at $69,995, which is on the high end of the pickup truck price spectrum. Some gluttonous dealers and automotive flippers are taking advantage of the wave of excitement about the new TRX, tacking on an additional $10,000 to $25,000 on standard editions and a whopping $50,000 for a launch edition.

Jalopnik reported yesterday that 193 Ram TRXs were available for sale around the country. Of that number, more than half are selling for at or close to MSRP, from $72,000 to $96,000 depending on which options were added to the base model. The TRX Level 2 Equipment Group, for instance, adds almost $8,000 to your build with heated bucket seats, wireless charging, and a ton of luxury features. However, that means there are nearly 100 TRXs out there taking a substantial bite out of the wallets of eager would-be owners.

On Reddit, a user posted a thread with the title “FCA SALES: How much are you guys marking up your TRXs?” The Redditer continued that they had just gotten about 10 units and were marking them up by $25,000 on standard editions and $50,000 on launch editions with "non-negotiable" pricing.

“One sales guy yesterday sold two units for $100K in total gross,” said Zeecok, the Reddit poster. “I have an appointment with a gentleman today on a launch edition. This month is looking to be a big one.”

On top of the vile public bragging about fleecing customers, this price-gouging practice isn’t new, unfortunately. In the days when we could actually attend live concerts, ticket scalpers did the same thing (and I’m sure they’ll be back to their old ways when concerts happen again). Last year, we found a dealership in California that marked up a 2019 Subaru WRX STI S209 by $49,995 on top of MSRP, pushing the little Subie over the six-figure range.

It looks like the dealer in Huntington Beach Jalopnik reported on with a Launch Edition TRX for $143,145 may have sold it, because it’s not listed on the site today. Over on eBay, however, New Jersey car dealer King of Cars and Trucks Inc is offering a different Launch Edition with only 13 miles on it for $124,900. Even when fully loaded like our recent tester—which carried an $89,565 sticker—that's still a $35,000 markup.

The Trucks, SUVs and Crossovers That Surprised Me Most at the Texas Truck Rodeo

These SUVs and trucks may be more capable than you think.