The driver was supposedly nowhere to be found when authorities arrived. 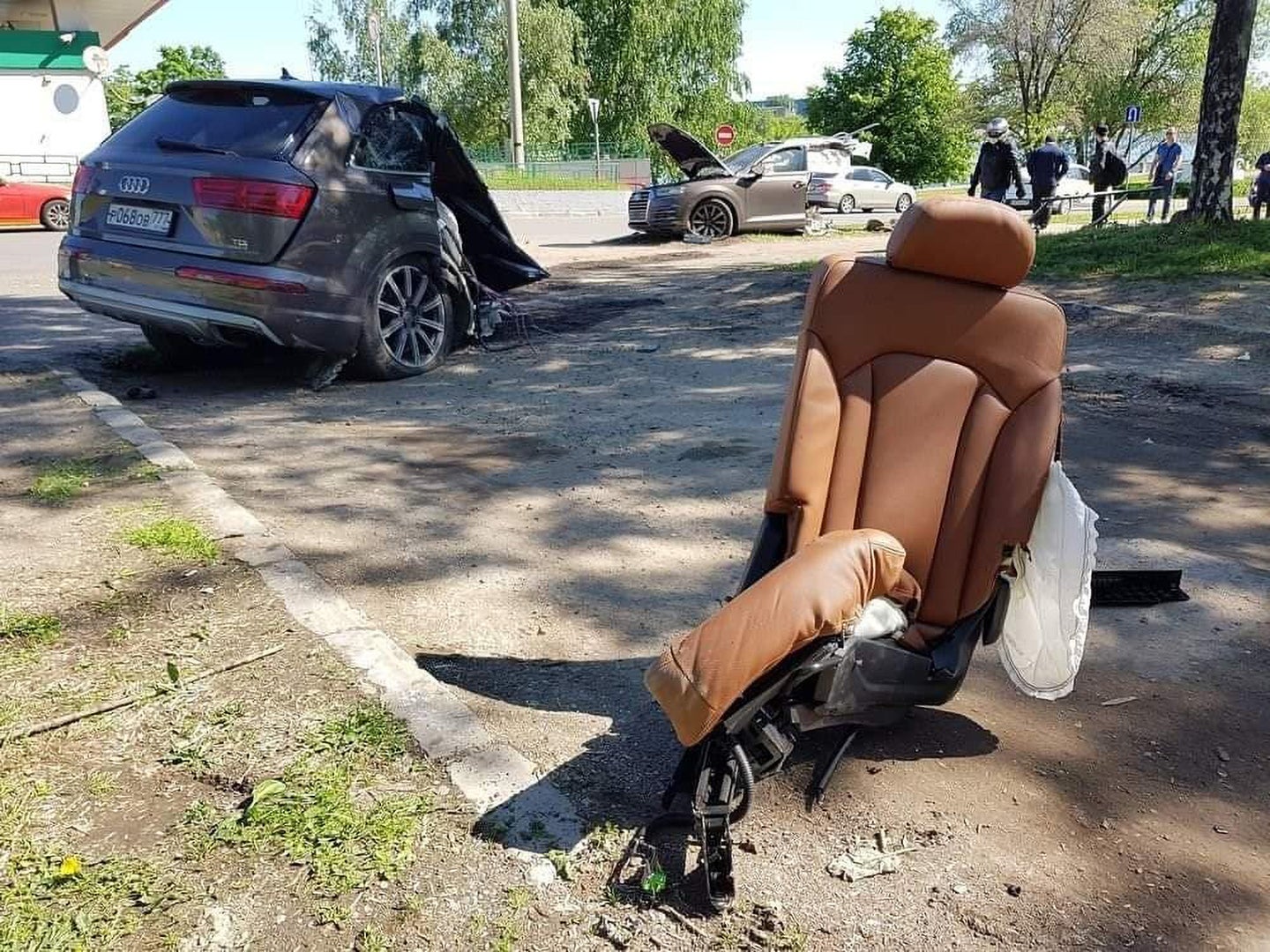 Alarming images of what appears to be a current generation Audi Q7 split in half after colliding with a pole recently began hitting the web. Multiple

outlets are sharing photos of the incident's aftermath after it reportedly occurred somewhere in Russia.

Details of exactly what happened are limited, but some sources say the SUV lost control before careening sideways into a utility pole. When people near the scene approached the crash site and began taking photos and shooting video, the driver was reportedly nowhere to be found. It’s believed that he or she fled the scene of the accident before local authorities arrived.

Audi Q7s are not flimsy vehicles by any means and have some of the highest crash safety ratings. Judging by how the tank-like seven-seater broke in half with both ends of the car facing opposing directions, it’s safe to say that speed was likely a factor. The Q7 split at the B-pillar just behind the front passenger seats and the impact was so great, it ejected one of the second-row passenger seats, which normally is a 35/30/35 split.

Furthermore, you can see the mangled bits of the car’s main wiring harness dangling out the front end while the Audi's headliner shockingly remained in one piece, hanging from the roof.

Despite the harrowing scene, some outlets are reporting that the driver walked away with minor injuries, though we imagine the whiplash from this impact is going to leave a lasting impression on the driver. Luckily, no one else was involved or injured from the crash.