A passerby was able to film the drivers, who appeared to be about 10 years old, but they were nowhere to be found by state troopers later on. 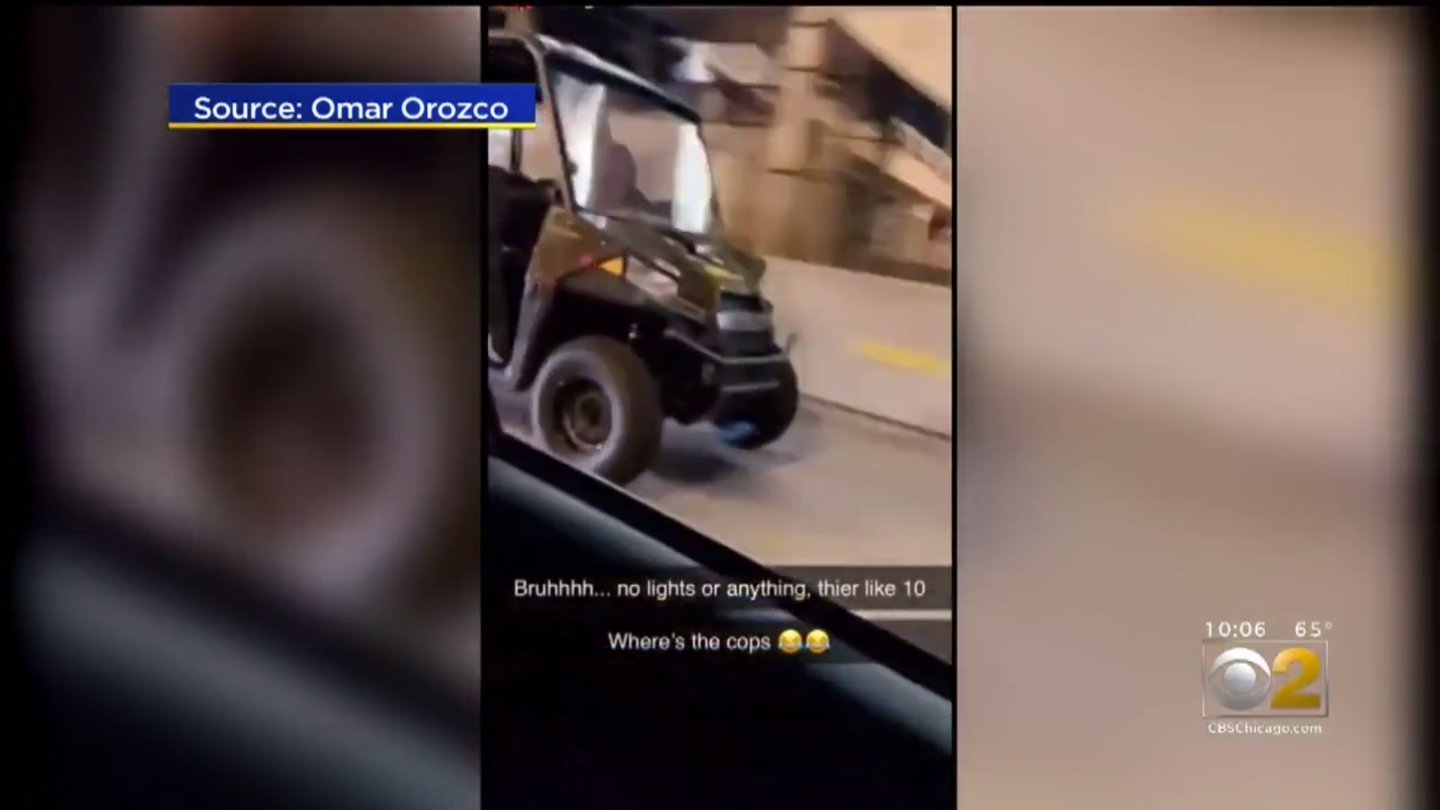 Drivers on Chicago's Dan Ryan Highway witnessed an unusual sight Friday night when a pair of off-road Polaris Ranger side-by-sides were caught driving on the road. The UTVs, which had no license plates, were also cruising without their lights on and, when a passerby filmed the 4x4 vehicles and posted the video to Snapchat, the drivers appeared to be revealed as 10-year-old kids.

Omar Orozco was the man who filmed the hooligans driving illegally down the road, a clip which has now been viewed nearly 1.5 million times on Facebook alone as of Sunday morning. In an interview with CBS Chicago, Orozco explained he tried talking to the kids behind the wheel but was told they were simply on their way home.

Police had become aware of a problem when it was reported that a golf cart was driving on the Chicago freeway; however, the kids were nowhere to be found when state troopers patrolled the stretch of road they were sighted on.

Not only was this illegal due to the children's supposed age but also because side-by-sides are not allowed on Illinois roads with a speed limit higher than 35 miles per hour. Vehicles often exceed 70 mph on the Dan Ryan Highway and, according to Orozco, the kids were pushing the UTVs to their limit to reach 60 mph.

It seems as if the juveniles will be able to get out of this ordeal scot-free since authorities weren't able to catch them in the act or locate them after the fact. Others, though, can't say they were so lucky.

It’ll be a requirement for children under 4-foot, 9-inches, and there’ll be no riding shotgun until the age of 13.