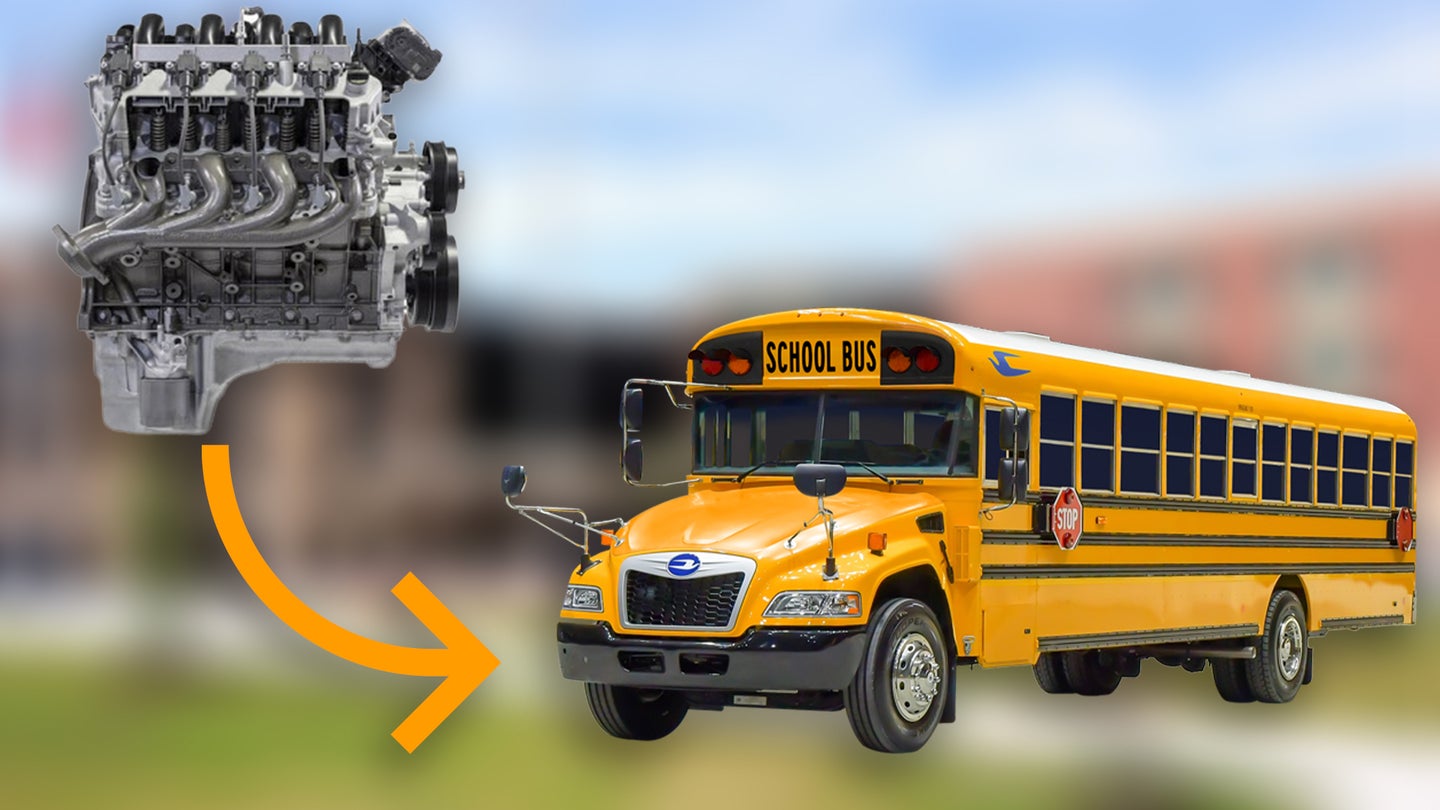 Ford's 7.3-liter Godzilla V8 is a hit with Super Duty truck owners, drag-racing Mustang builders, and now, Blue Bird. Y'know, the school bus company. It announced on Tuesday that its 2022 model-year Vision and Micro Bird buses will be available with the Blue Oval's latest pushrod gas engine, and it'll also be capable of running on propane. Everybody wants to get their hands on these old-school OHV units, see.

As much as we'd like to believe Blue Bird picked the 7.3-liter for its massive tuning potential, it all boils down to convenience and cost-savings. It'll replace the Ford-sourced 6.8-liter V10, which has proven to be a sturdy workhorse in its own right, though the Godzilla engine has the upper hand in more than a few areas. It'll run with slightly lower power levels than its pickup counterpart for longevity, but with 350 horsepower and 468 pound-feet of torque on tap, it'll do the job just fine. Factor in its improved fuel economy over the 6.8-liter and Blue Bird says it has the potential of saving $3,700 per bus over the course of their operating lives.

Another benefit of the 7.3-liter is its relatively small size. Despite packing more displacement than the V10, it's significantly narrower—it's actually smaller in that regard than even the 5.0-liter Coyote V8 you'd find in a modern Mustang GT. If it's compact enough to fit into a sports car, then it should be a godsend for bus mechanics who are responsible for keeping dozens of units running daily.

The folks at Roush CleanTech helped develop the new fueling system that enables these buses to run on propane. In case you're wondering why that's a concern, propane burns much cleaner than gasoline, which is better not only for the environment but also for operating costs. Propane doesn't gunk up a vehicle's emissions systems the same way, again minimizing downtime and mechanical investment. As far as its advantages over diesel, it's often around half the cost per gallon and easier to start on cold mornings. It all adds up.

From work trucks to project cars—and school buses to motorhomes—the Godzilla V8 is a modular wonder. If you want your own, you can order a crate version straight from Ford Performance. Or, you could wait a decade and go hunting for crashed Blue Birds at your local U-Pull-It.