No one was injured as a result of the fire. 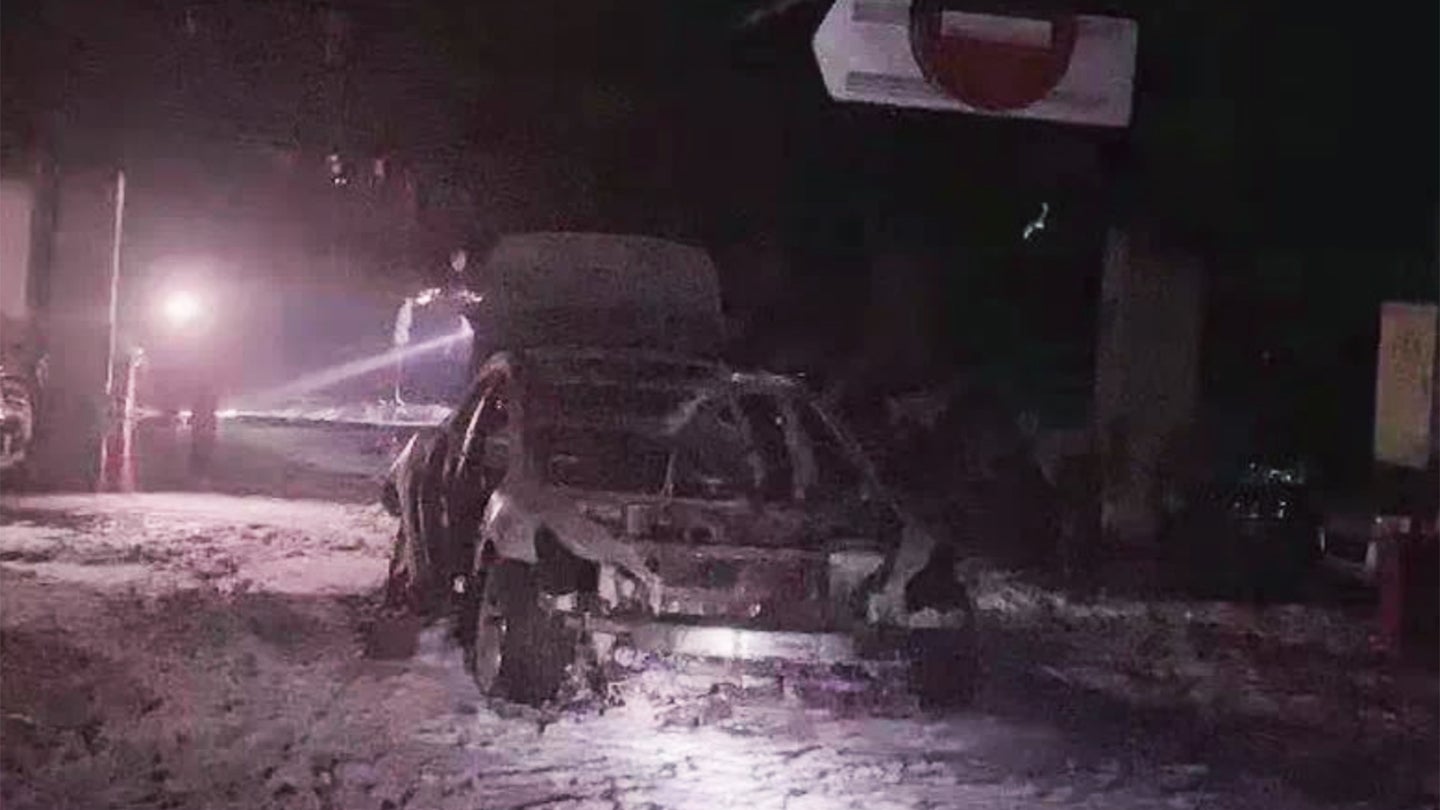 Battery pack punctures are a fire risk with any electric car, but for whatever reason, many of these accidents seem to happen to Teslas; at least, the ones that get reported on worldwide. Such an instance reportedly occurred on Tuesday of this week in an underground Shanghai parking garage, per various Chinese media outlets.

A Tesla Model 3—whose manufacture location hasn't been identified as the United States or China—caught fire and "exploded" after being parked for an unknown amount of time. Tesla employees inspected the vehicle after the fire, according to Yicai Global, and found that the vehicle's underside was likely damaged due to an alleged impact with a manhole cover, causing the pack to combust. Thankfully, no injuries were reported as a result of the incident.

According to local reports cited by CNBC, Contemporary Amperex Technology (CATL)—a Chinese battery pack supplier who claims to produce a "million-mile battery"—said the vehicle in question was not equipped with one of its packs.

As mentioned earlier, this isn't the first instance of dangerous Tesla battery fires. Another, nearly identical incident occurred with a Model S, also in Shanghai, during April of last year. Then, a Model S lit up suddenly in a California parking garage soon after. Most recently, a Model 3 involved in a November accident had its pack ripped open, sending burning lithium-ion cells into a nearby home and starting a fire.

Needless to say, having that much chemical energy stored in a battery—and also in gasoline, to be fair—is a potential risk, but it's not often that such things happen to brand new cars. It's even less often that, when several nearly identical cases like these occur, there is no recall. According to law firm Corboy & Demetrio, who represent the estate of a deceased Tesla passenger lost in a fire, there have been more than a dozen cases of Tesla Model S batteries—so, not including Tesla's other models—catching fire following collisions, or with no explanation, like the Shangai or California instances. That statement was also made by the firm as of early January 2019, so much time has passed since then.

This incident is another case of a parked Tesla catching fire, although, at least it looks like there's an explanation this time, and nobody was hurt.

Another cell landed in a person’s lap.