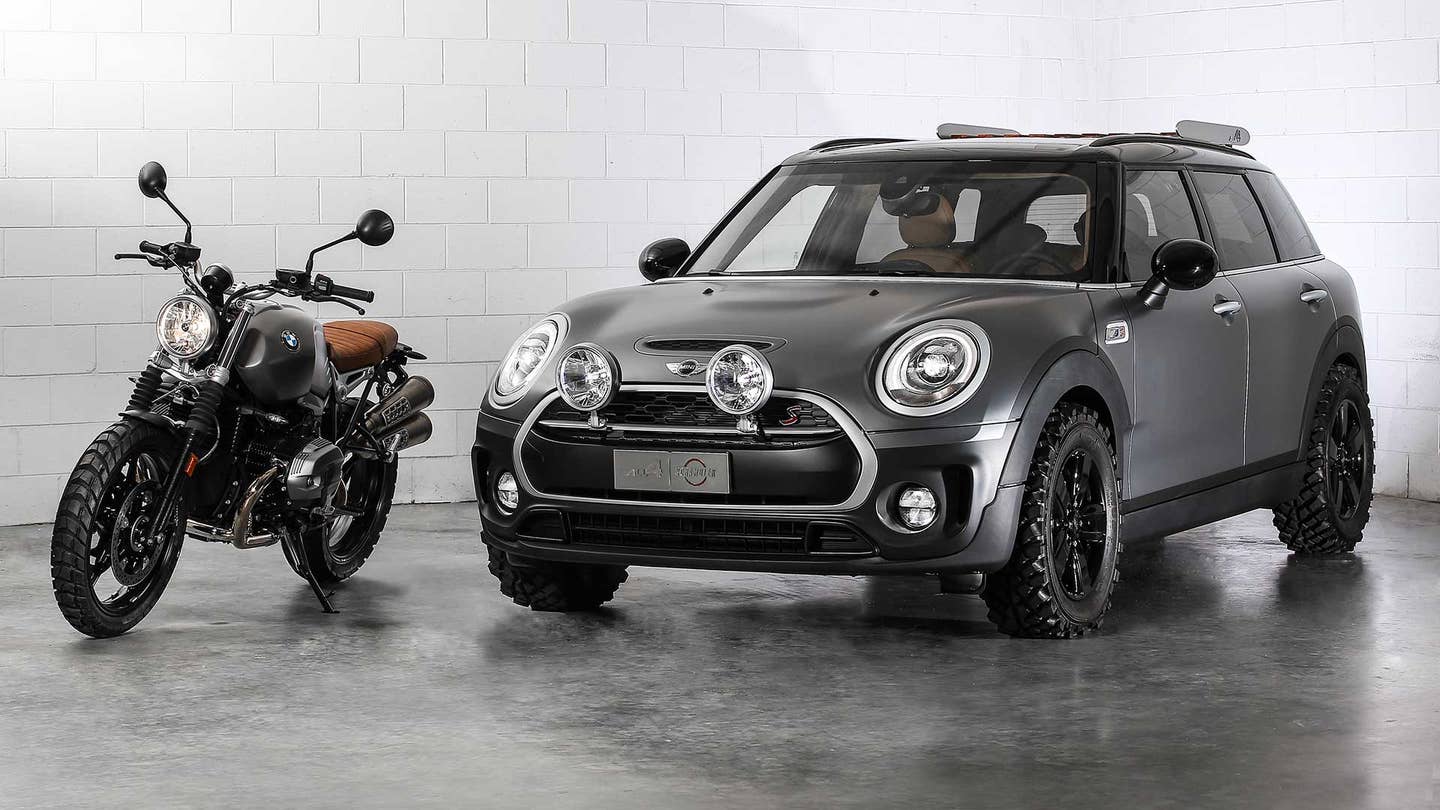 Ladies and gentlemen, meet the Mini Clubman All4 Scrambler: A highly attractive Audi Allroad-like concept car from the ostensibly-British-but-actually-German automaker that probably will never see production. It may not be as capable off-road as a true SUV...but considering most buyers just want to look like they live an off-road-ready lifestyle, it has everything it would need to be successful.

For those of you unfamiliar with the term, a "scrambler" is a road-going motorcycle that's been mildly modified to make it easier to traverse dirt paths and rough roads. The Mini Clubman version, designed by the carmaker's Italian division, is the carmaker's attempt to give one of its models some of the pizazz of a scrambler-style bike—specifically, the BMW R nineT Scrambler.

The Clubman Scrambler has been painted a matte color called "Midnight ALL4 Frozen Grey," and trimmed out with matte black detail pieces and black alloy wheels. The interior is colored in a combination of caramel and black, which looks a lot better than it sounds, thanks in part to the abundance of Alcantara and Nappa leather. The concept also gets meaty off-road tires, a slightly lifted suspension, a luggage rack, and a pair of driving lamps mounted to the front grille. Like we said, all the goodies anyone who wants to look like they lead an active lifestyle would ever want.

If this Mini ever makes it to production—which seems unlikely, but who knows—it would likely make a more affordable alternative to cars like the Audi A4 Allroad and Volvo XC70. Those cars strike a great balance between full-blown SUVs and family cars, but even compared to the semi-premium Mini lineup, they're not cheap. And while the Subaru XV Crosstrek and Outback may be more logical alternatives...there's something about this concept that really clicks with us.