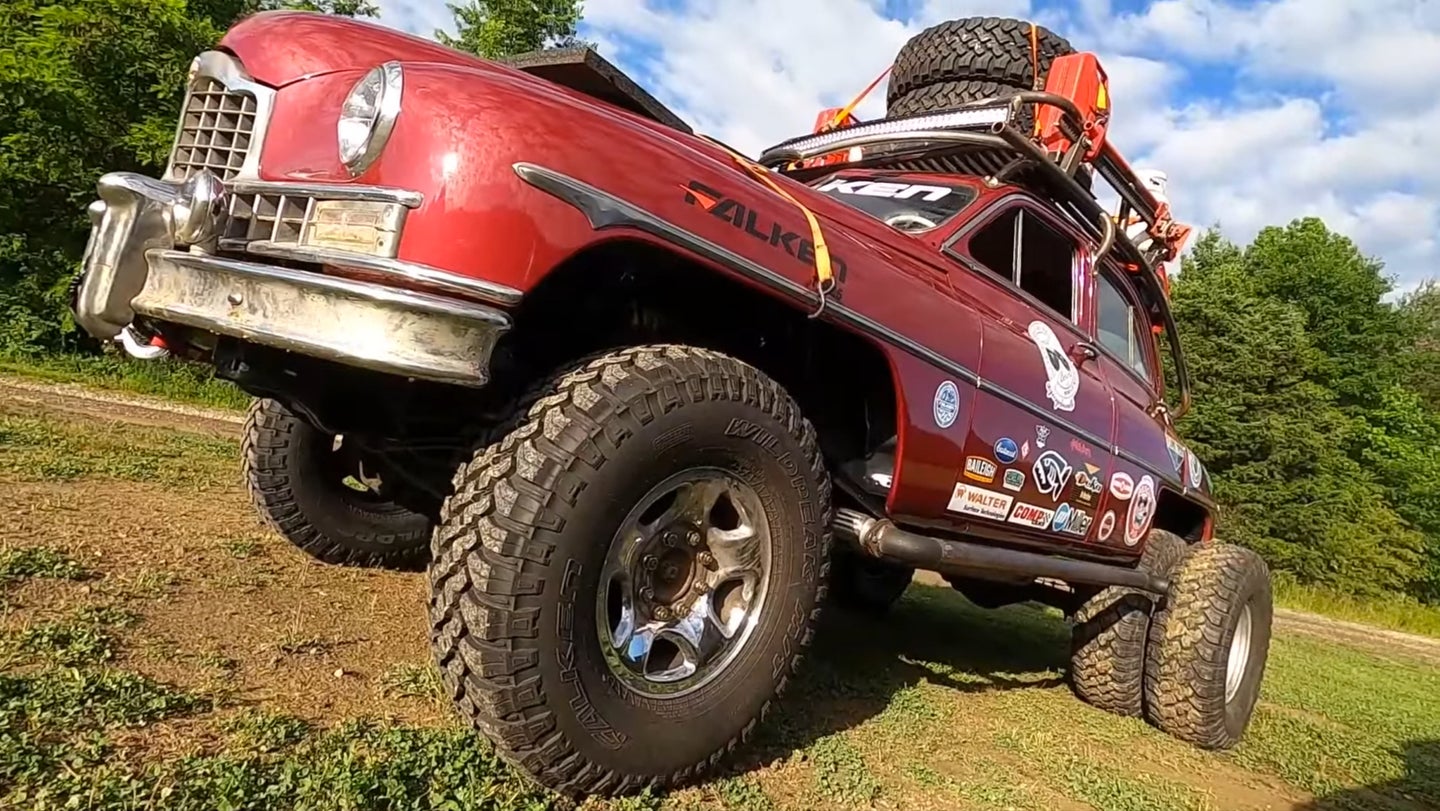 When most of us envision a first-ever 4x4 project, we might think of modifying a Jeep or some other SUV or truck to hit the trails, but not the folks at Garage Bound LLC. Their first 4x4 build is this incredible franken-Packard dually that's lifted on a Dodge Ram chassis.

"We call it the '49 Packard Rescue Pig because we built this vehicle to where we could do any welding or fabricating and some mechanical repair work while on the trail." Michael Brandt of Garage Bound LLC told Busted Knuckle Films. "So, we can get to you if you're in need."

The 1949 Packard was a barn-find that someone had been restoring, but since no one was interested in continuing that project, Garage Bound decided to have a little fun with it. Up it went on a 1996 Dodge Ram chassis that had been shortened nine inches to fit. The rear dually axle came from a school bus, and it all rides on 37-inch Falken off-road tires.

The list of components from everywhere continues with the drivetrain itself. A big-block Chevy V8 out of a motorhome now powers the Packard. The transfer case is from a '65 Ford.

Then there's the trick repair kit. A hydraulic shelf extends from the trunk with the press of a button, which holds the MIG welder, plasma cutter and generator they use. Sturdy air tanks underneath hold the onboard air in a way that's well-protected out on the trails. Brandt says that they're sturdier than most of what people use as rock rails. The compressed air also helps them fill up tires when needed. Even the roof rack is loaded with spare tires, extra tools and welding gear. Onboard, there's also a cutting torch—just in case.

It's a similar premise to the lifted Chevrolet Corvair wagon that Matt's Off-Road Recovery is building, albeit with a bit more mechanics' gear. Getting rescued by a classic 1949 Packard is by far the classiest way I'd like to break down. (Please note: I'd rather not break down in the first place, but if I do...send the Packard.)